Is Arteta making The Right Decision To start Martinez Ahead of Leno As The Gunners take on City?

By Ricoswavey (self media writer) | 2 years ago 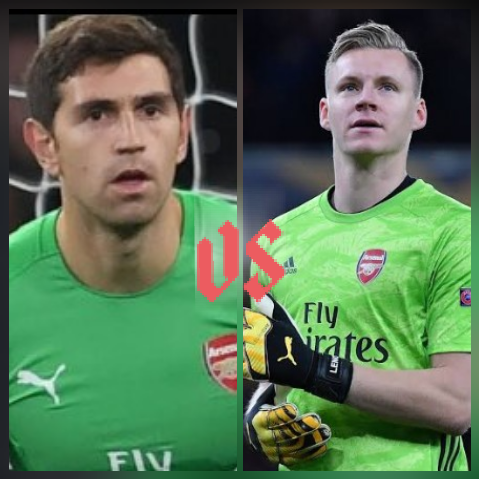 Arsenal will be facing the City today at Wembley, the club is currently informed and they have put their North London derby defeat behind them with a superb win over Liverpool in the midweek. The winning will be a huge confidence boost as the Gunners play Pep's team in the FA Cup semi-final tonight clash.

It will be the second meeting Mikel Arteta's team will have with Pep Guardiola's Manchester City if the match hold, the first one a brutal blow to Arteta, as his men lost 3-0. But Arteta and his men would buckle their belt as the apprentice once again taking on his master.

After the Gunner's shock defeat to Brighton, Arsenal also lost their goalie after Neal Maupay collided with the German shot-stopper, Leno.

So the injury led to second-string stopper Martinez to being forced to step up.

Martinez's recent form has gotten Arsenal fans debating over who is the better goalie between the sticks and whether Emiliano Martinez should be the main goalkeeper ahead of Bernd Leno.

Arsenal fans gave their opinion on the debate as One fan said: “Martinez has been brilliant since he came in don’t get me wrong but whats everyone is forgetting is he nearly gifted them a goal.”

Ahead of the match against Manchester City, Gunners released a picture of Leno in training in their official Twitter account. 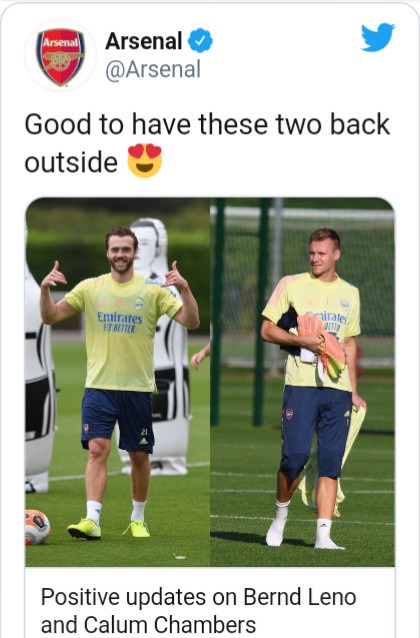 Despite Emiliano Martinez has massively impressed in Leno’s absence, starting every match since the side’s defeat at Brighton and conceding just five goals. Arsenal will need Leno as he's a good and experienced goalkeeper and I think Arsenal with needs that kind of experience as they face Pep Guardiola's Manchester city 7:15 at Wembley today.

Today according to metro sport Arsenal fans and also media said Martinez remains a shoo-in between the sticks.

Arteta’s 3-4-3 has proven a winning formation for the most part and, with Kieran Tierney having impressed at left center-back last time out, he’s likely to get the nod again.