Matchday 7 of the Spanish Primera Feminine League put Defending Champions, Barcelona Women on some serious test that later turned out to be their usual 'walk over' game. 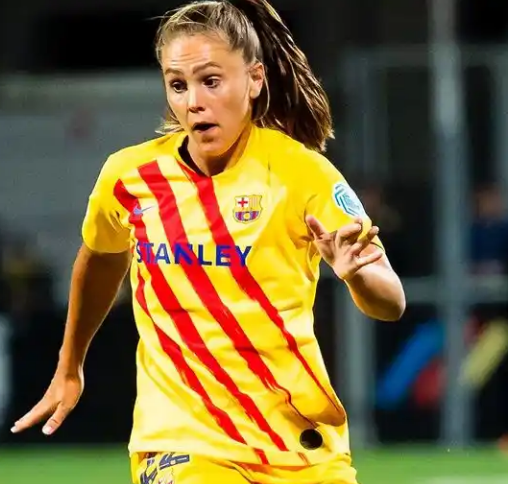 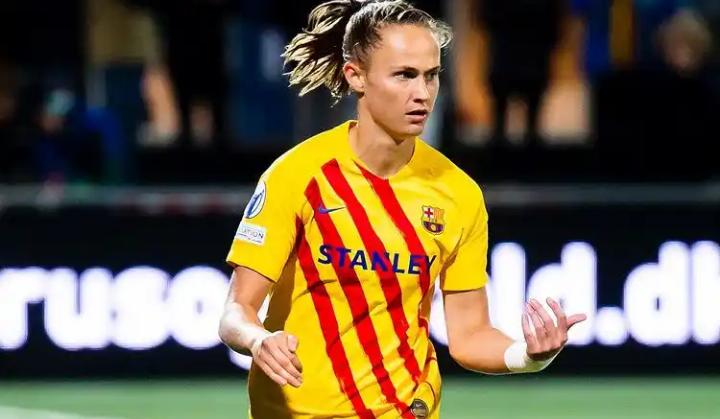 Barcelona took the game beyond every doubt with much power play that showed they really care about the title once again. with their application of offensive approach style which pushed Blanco into scoring an own goal, that opened the door of more goals to Barcelona Women. The first half only had Barcelona in front because of Blanco's own goal. Sporting de Huelva really gave a tough time to the visiting sides but the 27th minute own goal weakened the host. 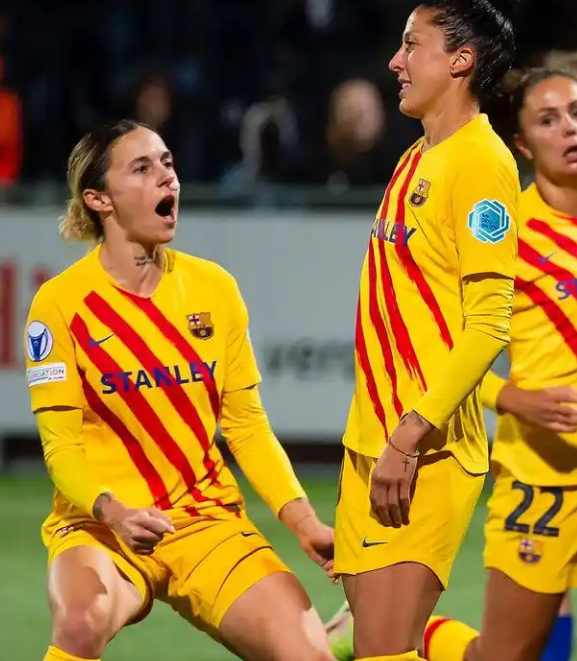 The parade of Alexia Putellas, Asisat Oshoala and Aitana Bonmati was different from what Coach Jonatan played against HB Køge, because these stars were sitting as Substitue but started against Sporting. Introduction of Jennifer Hermoso and Lieke Martens to replace Alexia Putellas and Oshoala in the 59th minute after Putellas provided the 2nd goal, is a sign that Barcelona's coach understands his Players well enough with the rotation of his Players not necessarily doing it in the usual manner or Lluis Cortés way. Aitana Bonmati got the 3rd goal when the Substitutes have been able to stabilised the connection of the Midfield with the forward. 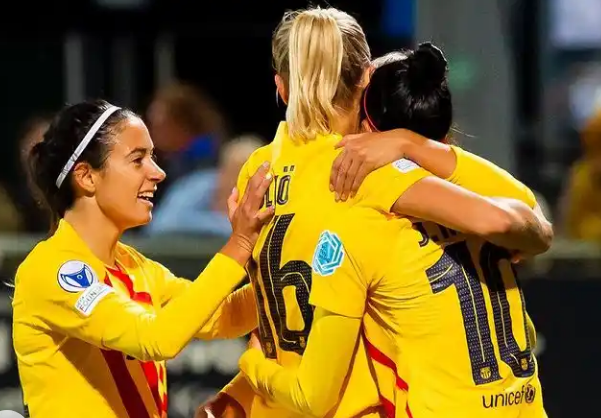 Rolfo and Serrano were also injected to put the host in trouble as Barcelona feminine also used the flanks to deal with the host. The fourth goal came through Irene Paredes after which Aitana Bonmati got her 2nd goal, Barcelona's 5th goal of the day to seal yet another 3 away points. Barcelona won 0-5 on a day no one expected plenty goals. 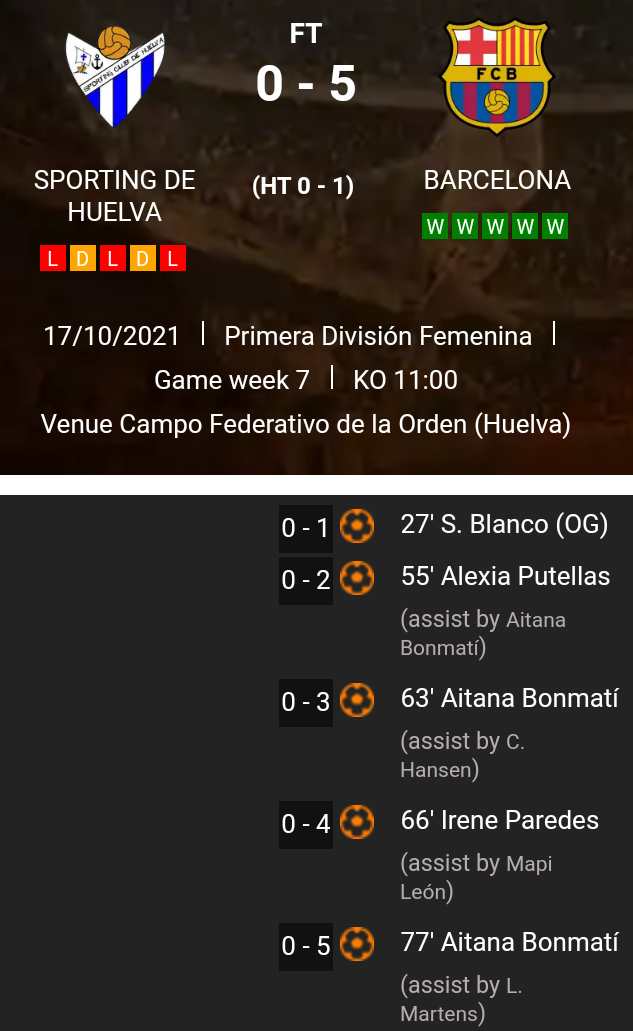 The Substitutes came into the game and turned things around while the starters were able to get the goals after being helped for a change of style. That proper management of the regular Players and the supposed bench warmers by Coach Jonatan Giraldez, shows that Barcelona women have all it takes to beat any team this season even if injury hit their camp. With the numerous options available for the Team, not even Atletico Madrid Women can stop them. 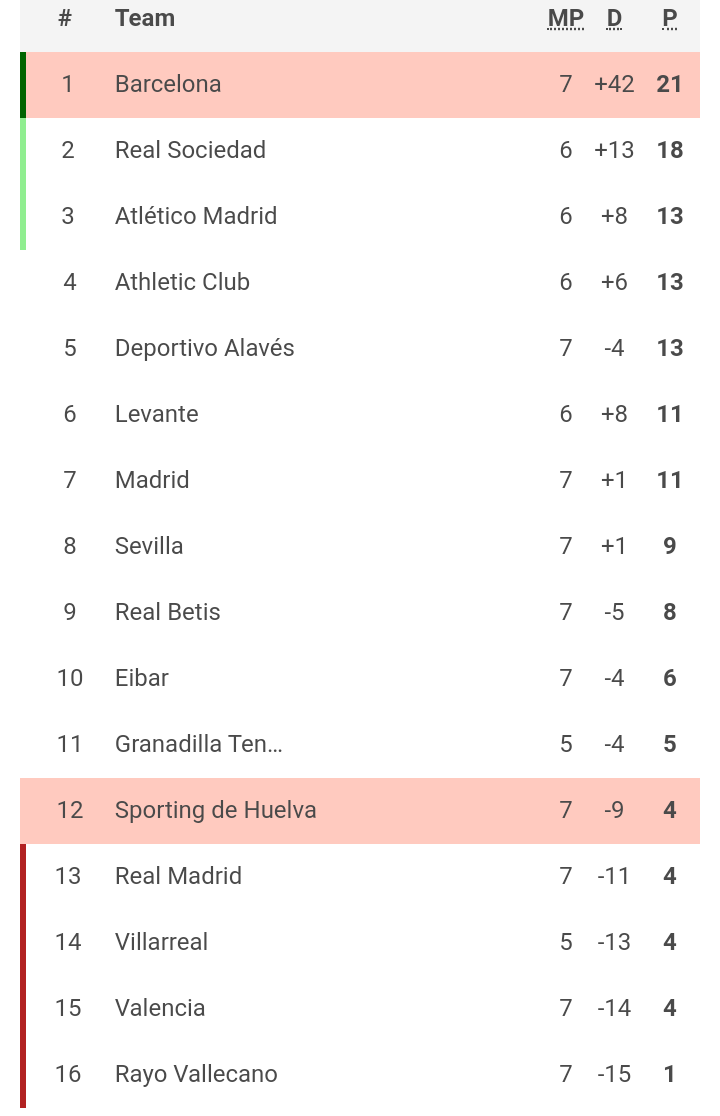 Barcelona women have won all their 7 games so far this season with 21 points which put them ahead of others on the log, also with 29 goals difference away from the 2nd placed Real Sociedad. Only Real Sociedad can challenge for the title as it were but because Barcelona have a better head to head record against them it will be hard to get the right results. Real Madrid Women and Real Betis are not even close, it makes it easy for the defending Champions. 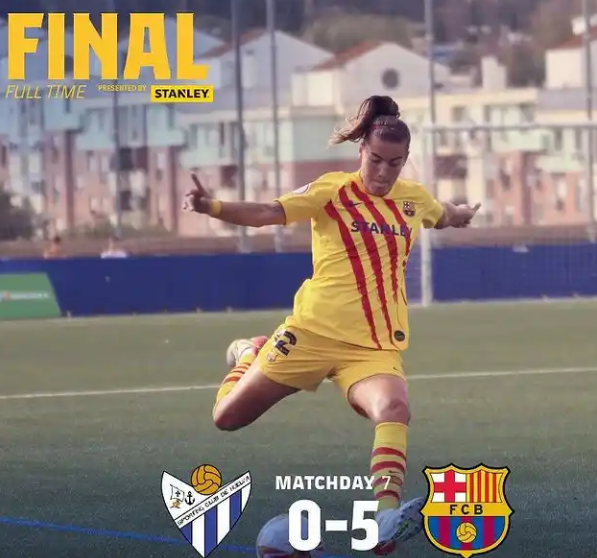 Will Barcelona go unbeaten this season or they will be beaten and also lost the title based on numerous local and European games engagements? Follow for more.