[Exclusive] How I Convinced Akpoguma And Balogun To Play For Nigeria, Recounts Ex Nigeria Midfielder

By Godaik (self media writer) | 3 months ago

There have been several stories of how foreign-born Super Eagles players switched allegiance to Nigeria after representing their countries of birth at youth levels. 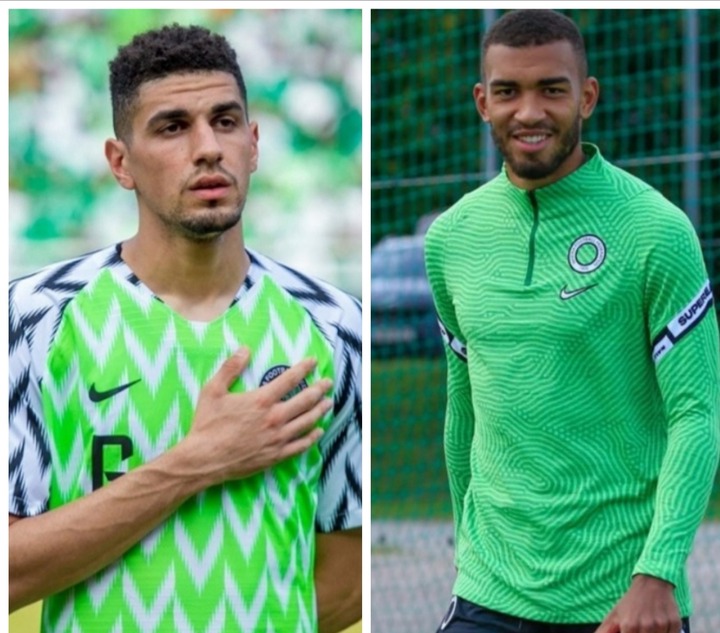 Credit often goes to Coach Gernot Rohr and scouts the Nigeria Football Federation assigned to do the job, but recent developments revealed most of deals are struck behind the scene.

German-born defenders , Leon Balogun and Kevin Akpoguma are some of these foreign-born players who not only provide flair for the Super Eagles, but also play with heart and soul in their feet, to bring glory to their fatherland.

Unconfirmed reports had suggested that Akpoguma had written a letter to the Nigerian authorities before being invited to the Super Eagles, which the Hoffenheim player had robustly debunked.

That rumour has now been completely doused by Darlington Omodiagbe, ex Nigeria midfielder who played most of professional club football in Germany, where he currently resides with his family.

In a chat to this writer, the Edo State indigene recounted how he convinced Akpoguma and Balogun to represent Nigeria at senior international level.

He said: "I made Leon Balogun and Kevin Akpoguma play for Nigeria by traveling the length and bredth of Germany to convince their fathers. I initially tried to make Akpoguma represent Nigeria at U23 level. I called Siasia, who was the coach at the time. I told him I had a defender with Nigerian roots that has played for Germany at the various youth levels, and that can help bolster his backline. But Siasia told me: "The player knows what to do." I later convinced him to play for the Supper Eagles, some years after I pulled off the Balogun feat."

Born in Berlin, West Germany to a Nigerian father and German mother, Balogun, who currently plies his trade with Scottish champions Rangers, has made 44 appearances for Nigeria since making his debut in 2014, scoring his only goal in Sunday's Qatar 2020 World Cup African qualifying 2-0 win against Central African Republic in Duoala, Cameroun.

The former Wigan and Mainz 05 defender who has struck an endearing partnership with William Troost-Ekong in the heart of the Super Eagles defence, popularly called "Oyinbo Wall", played his first match for Nigeria in a friendly against Mexico in 2014, as a replacement for Joseph Yobo. He entered at half-time, but was injured after 20 minutes in a collision with signage on the touchline. He fractured his foot and was set to miss 2–3 months after surgery. He was a key member of the team that finished third at 2019 Africa Cup of Nations finals in Egypt.

Kevin John Ufuoma Akpoguma, 26, was born in Neustadt an der Weinstraße, Germany to a Nigerian father and German mother. He currently plays as a centre back for Bundesliga club 1899 Hoffenheim.

He was persuaded by Omodiagbe to switch his allegiance to Nigeria and has so far made four appearances for Super Eagles since 2020, making his debut in a friendly 1–0 defeat to Algeria on 9 October 2020.

The player who can also operate effectively as a wing-back, relished this decision after his first training sessions with the three-time African champions.

"I am truly honored to be part of the Super Eagles. These last days have been amazing on and off the pitch and I am very thankful that I was welcomed as one of the newest. I can't wait to share the pitch with my guys as well as to wear the Nigerian jersey with joy and pride," he had in a post on his Instagram page at the time.