Leicester City Striker Speaks Igbo, Check Out What He Said

By Ijeswrite (self meida writer) | 1 months

When Leicester City's top scorer used Igbo language to respond to the team's 3-2 loss to West Ham, it was a surprising and hilarious moment. Following the small points gap between teams, the five-goal thriller game kicked off the chase for the EPL top four. 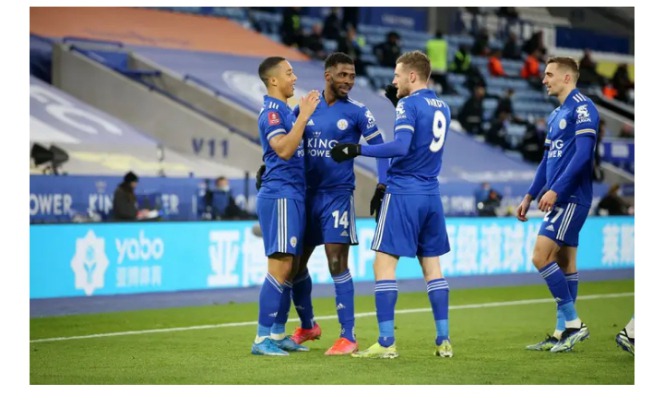 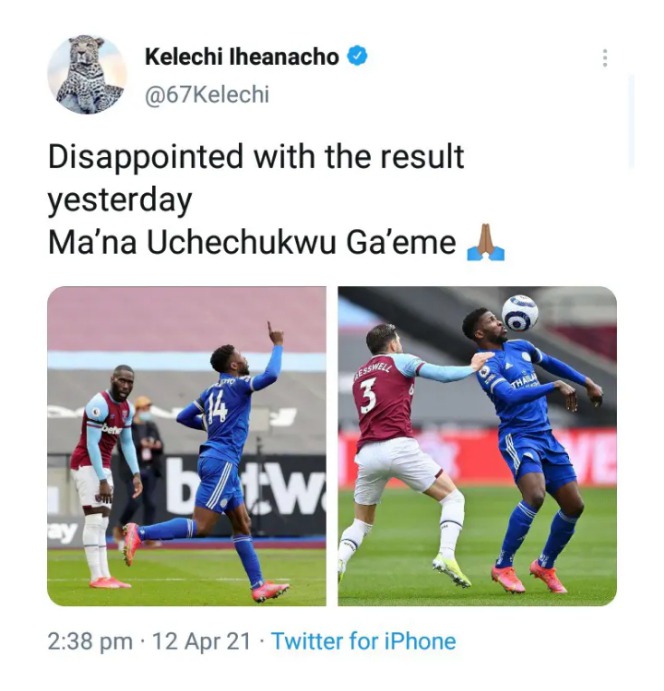 In response to their defeat, Kelechi Iheanacho took to Twitter to express his thoughts on the game. His message is as follows:

"But God's will be done," the Igbo section of the post says. 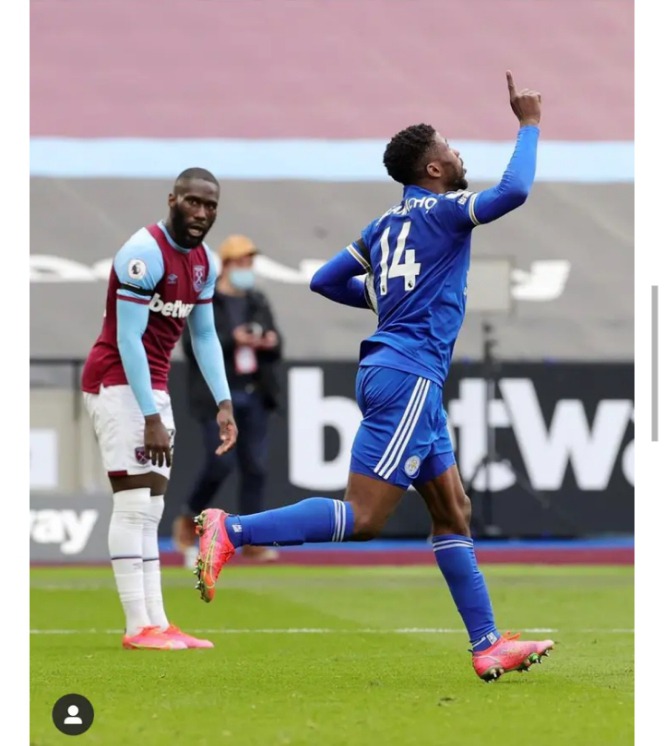 Despite his excellent performance in their recent defeat, the striker managed to score twice before the end of the game.

His fans filled the comment section with praise for his flawless use of Igbo language.

Here are some examples of screenshots: 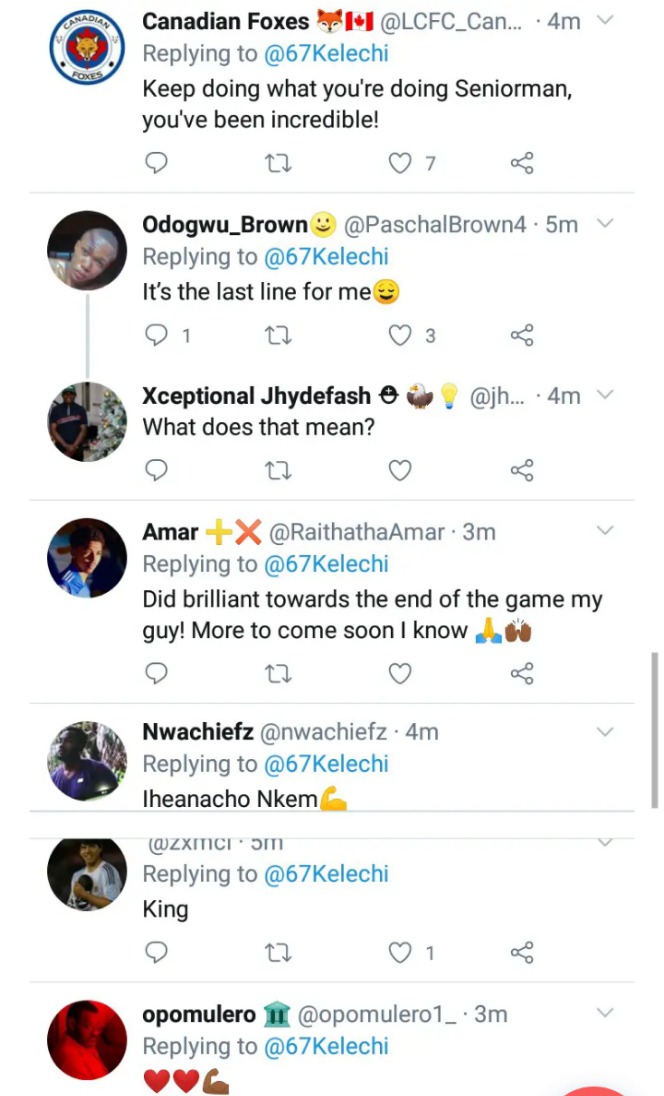 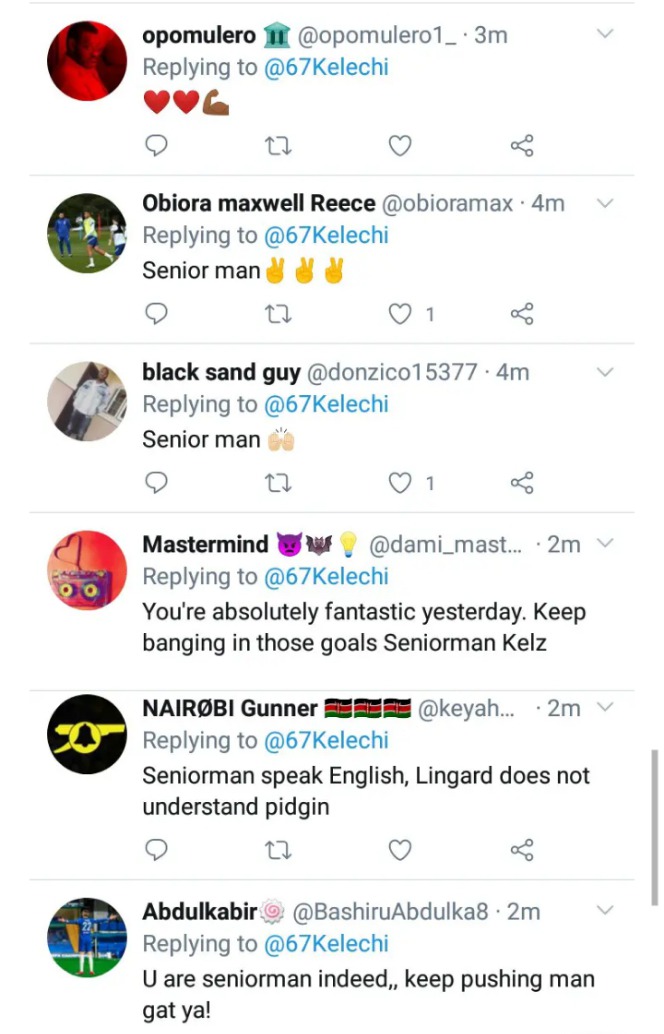 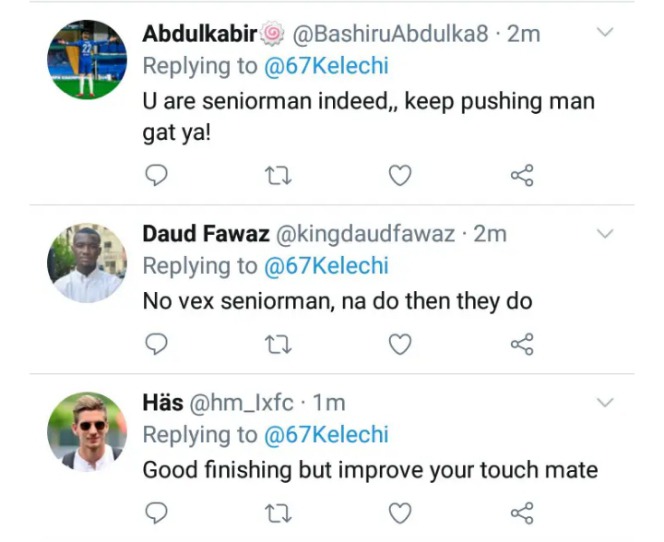 Content created and supplied by: Ijeswrite (via Opera News )

President Buhari reacts to the death of General Joshua Dogonyaro.

Are You A Fashionista? Here Are Some Simple Ankara Outfits You Might Love

Here Is A List Of Rema's Top Songs So Far