3 greatest midfield trio of all time 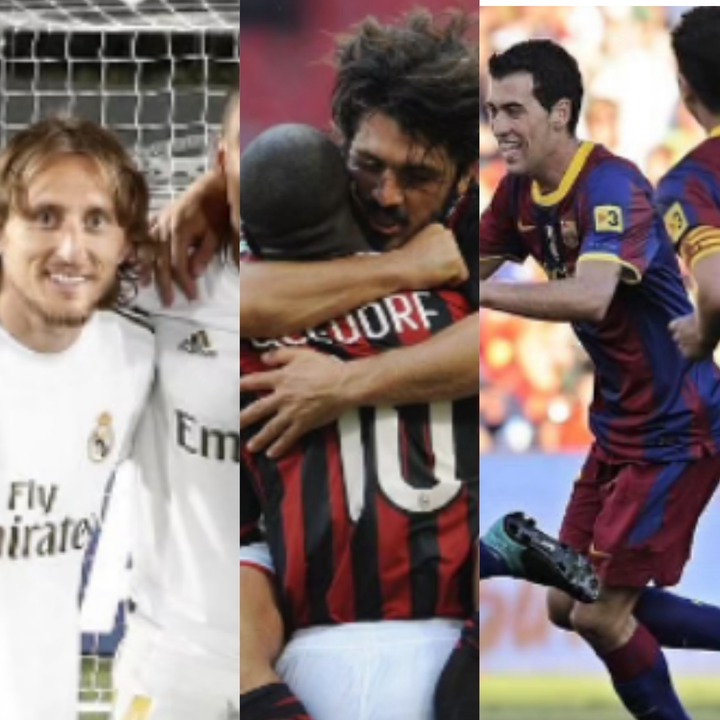 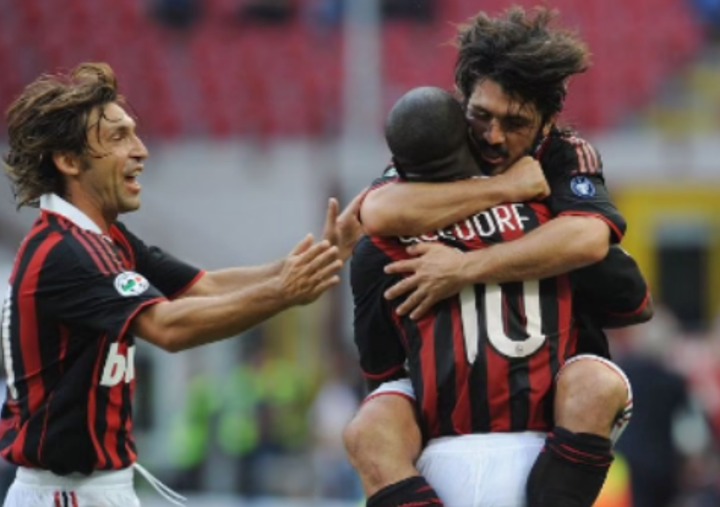 The Milan midfield trio of Gennaro Gattuso, Andrea Pirlo and Clarence Seedorf was key to the Rossoneri's success in the first decade of the 21st century.

Gattuso was the engine of AC Milan's midfield. He was an intimidating presence on the football pitch. A relentless and aggressive defensive midfielder with a temper problem, Gattuso hounded opposition until they gave up. He was an intelligent footballer with a great sense of positioning and complemented Pirlo well for both club and country.

Clarence Seedorf was athletic, technically adept and a great handler of the ball. The Dutchman was all class and went about his game in a methodical manner.

Regarded as one of the best deep-lying playmakers of all time, Andrea Pirlo's vision, passing range and control over the ball ought to be studied by young players. 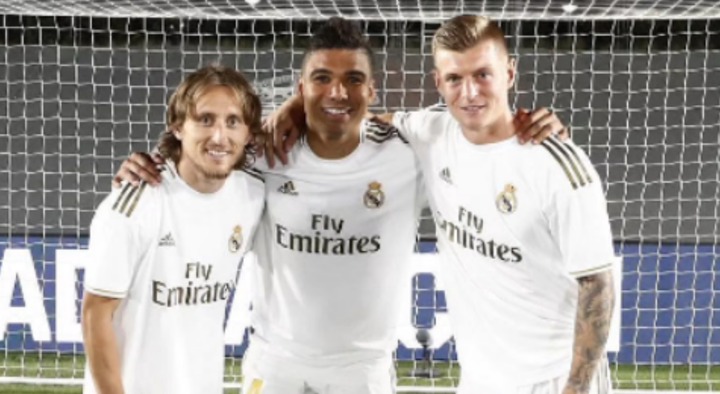 Together the trio have dominated the Champions League like no other. Casemiro started off as a purely defensive minded midfielder, but honed his technical abilities under Zidane and became the destroyer for the Los Blancos.

The Brazilian is not only great at winning the ball back but also at distributing it.

Toni Kroos and Luka Modric are two of the greatest central midfielders of the modern era.

Toni Kroos goes about orchestrating play from deep without so much as breaking a sweat. He is one of the most accurate passers the game has ever seen.

Luka Modric is just as technically proficient but is more of a ball-carrier as well. He is also the perfect partner for Toni Kroos.

Although, Real Madrid's success has a lot to do with their forwards, however the contributions of the midfield trio cannot be overlooked. 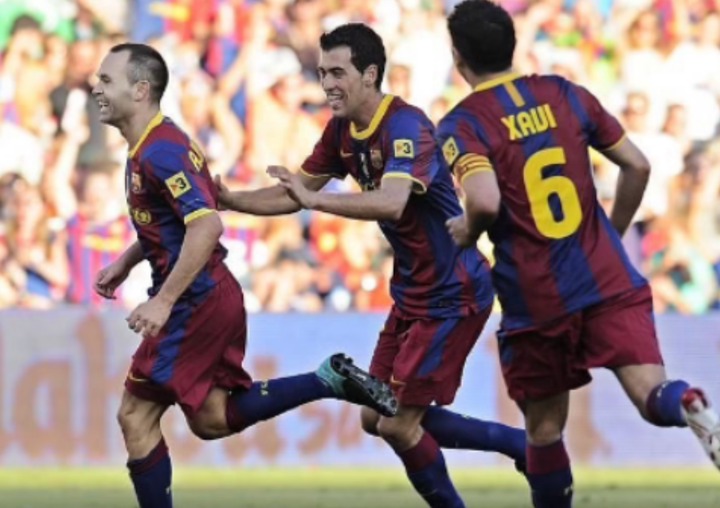 In football, no midfield trio has frustrated oppositions and mesmerized football fans as consistently as Sergio Busquets, Andres Iniesta and Xavi Hernandez. They were undoubtedly the finest midfielders of their generation and were able to bring out the best in each other.

Busquets, though not built like destroyers usually are, he made up for it with his tactical intelligence and sense of positioning. He played the deepest role among the three. He was the pivot. He was also as technically proficient a defensive midfielder as any we have seen.

Individually, all three were exemplary midfielders and they were even better together. Xavi and Iniesta were impossible to shake off the ball. They could play incisive through balls that could upend entire defences with just one pass and could also dictate the tempo of every match they played.