By SandraQ (self media writer) | 1 month ago

Arsenal won against Tottenham today in the first North London Derby of the season.

Arsenal dominated the early starting of the game as they scored after just 12 minutes. Bukayo Saka created space on the right to slot the ball into the Spurs box but Tottenham's defense line was weak. 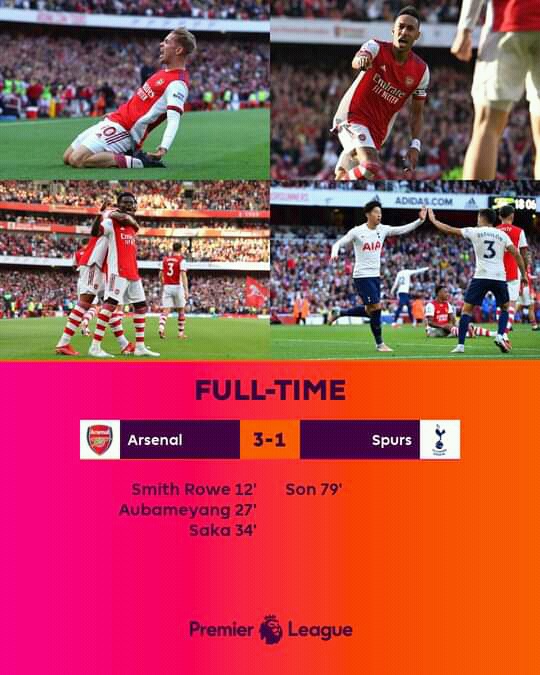 1. Granit Xhaka maintained huge faith towards their coach Mikel Arteta due to how much he trusts him (Xhaka).

2. Arsenal have finally found a solid backline under Mikel. One thing Arsenal was lacking at the beginning of this season was a stable defense, their defense was bad.

But during the clash against Tottenham, Arteta made decent changes in his backline with Ben White and Gabriel.

4. Mikel Arteta made the best decision by starting Saka at the right time and he proved fruitful by been the most effective attacking for the Gunners.

5. Tottenham’s midfield needs restructuring after Chelsea and Arsenal won them greatly this season.

6. During the game against Arsenal, I observed that Harry Kane’s mind is elsewhere and Arsenal players used that as an advantage to win them.

7. Tottenham players were selfish in today's match as every forward wants to score a goal by all means without the help of others.

I hope Arsenal maintains their defensive line ahead of their next match.

Content created and supplied by: SandraQ (via Opera News )