By SandrasNews (self media writer) | 13 days ago

It's good to see the boys in action tonight, after the Euros 2020 tournament, Spain faced Italy in the National League semi-final today and the game ended in a 2-1 victory. Thanks to the brace from Manchester City winger Ferran Torres. Italy defeated Spain on penalties in the Euro 2020 semifinal on the 6th July, Luis Enrique's men, has completed their revenge mission against Italy tonight and I will be showing you the things I observed from the game played tonight. 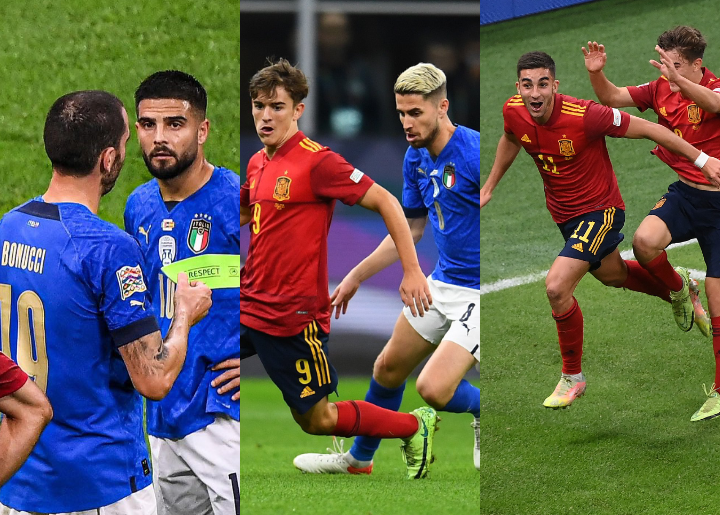 1. Barcelona Midfielder Gavi, Made His Debut For The Spanish National Team Tonight

Gavi was outstanding for the Spain against Italy tonight, the youngster took over the midfield, he was unstoppable tonight, the 17-year-old Barcelona midfielder has become the youngest player ever to represent the Spanish national team. He did really well tonight and this is a night that he will never forget, he made his family proud tonight. 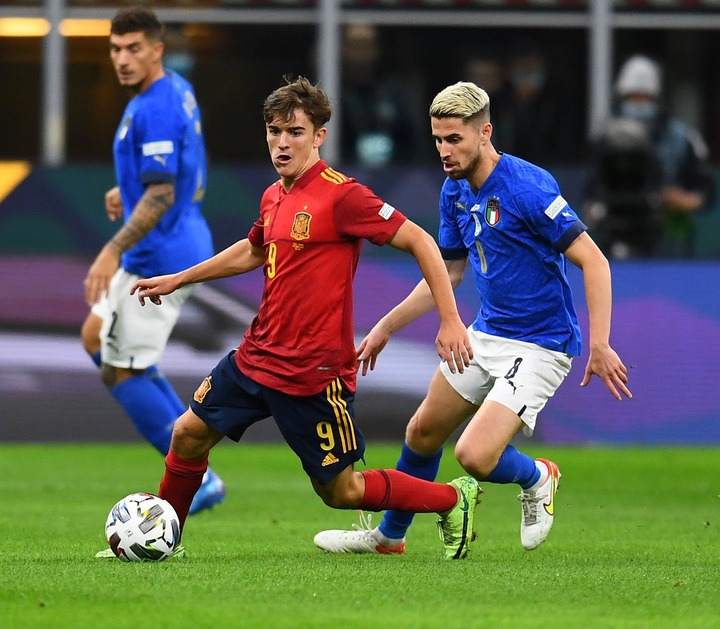 Ferran Torres is one of the best wingers in the premier league and the Spanish youngster, has done really well since he joined Manchester City. He scored a brace against Italy tonight. 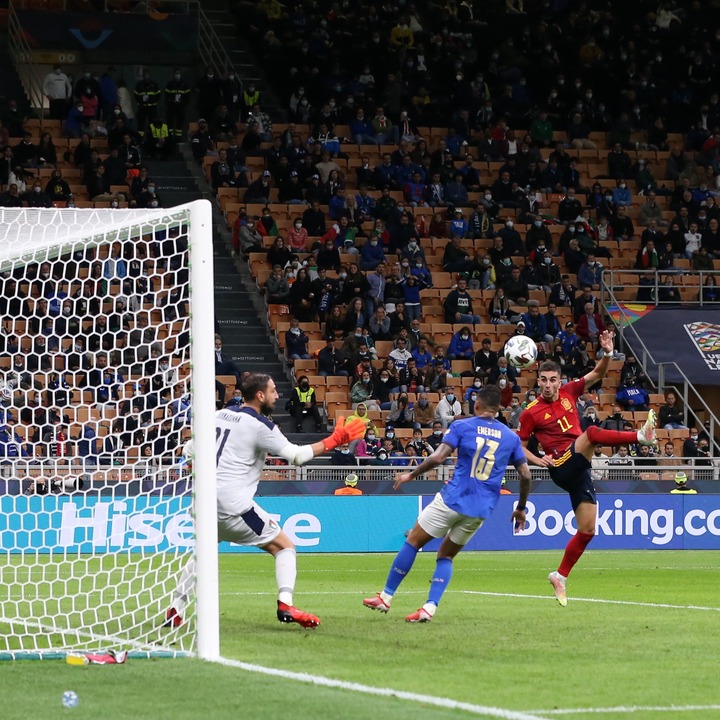 3. Leonardo Bonucci Was Sent Off Against Spain Tonight

Juventus defender Leonardo Bonucci lead the boys out against Spain tonight, but the Italy captain was sent off after a bad foul. He is one of the top performers in the Euro 2020 tournament and he scored the only goal against England, in the final. 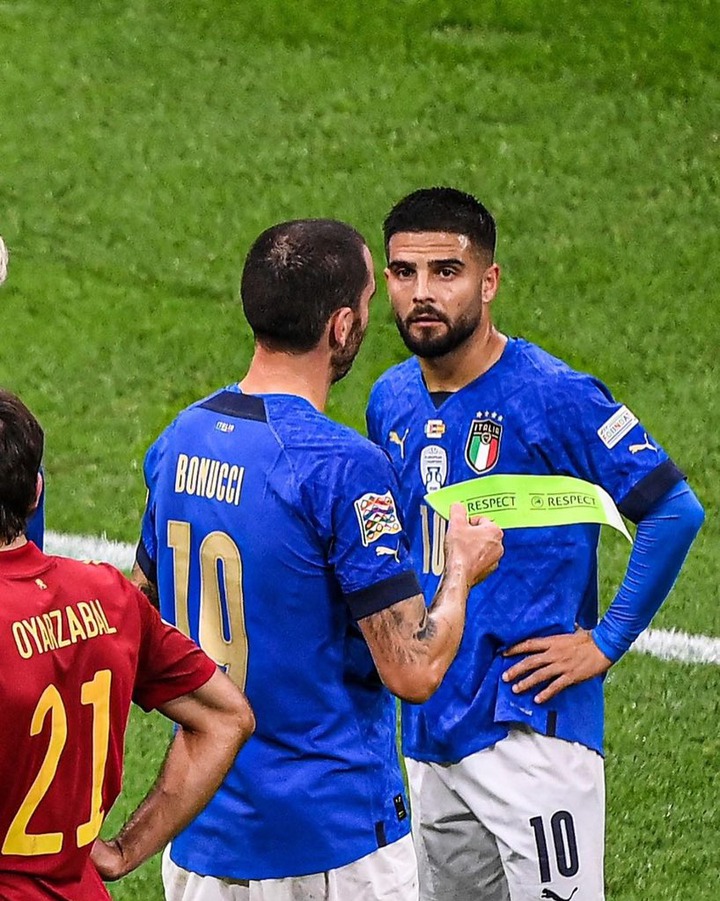 4. No Real Madrid Player In The Squad 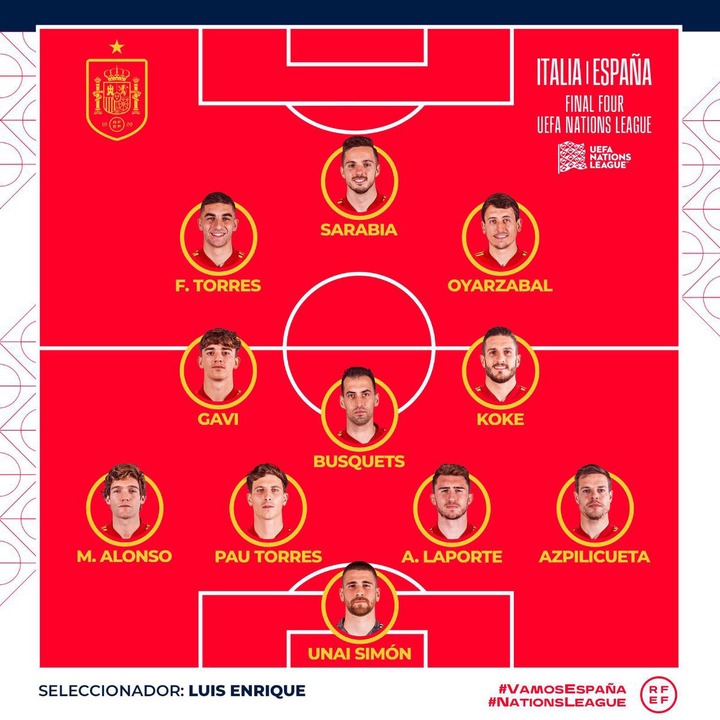