By kapitaG (self meida writer) | 13 days 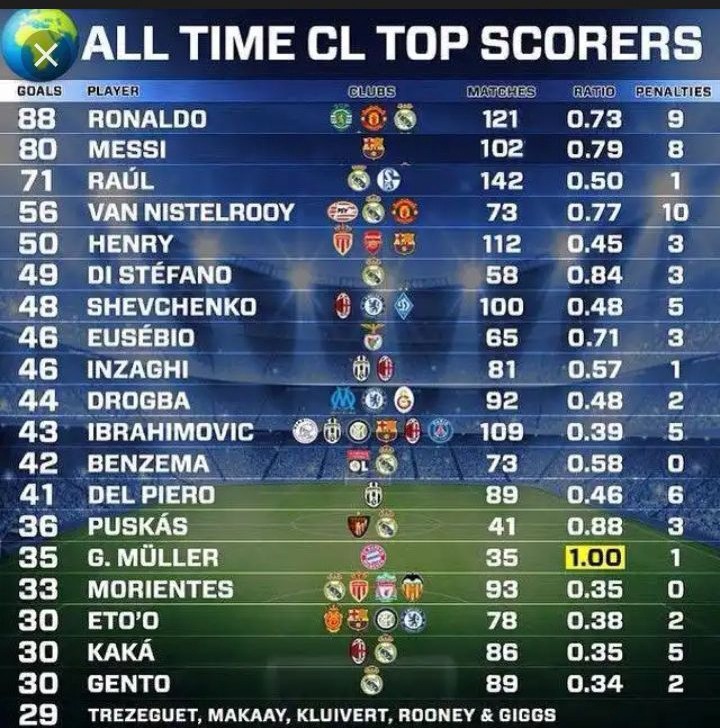 World football’s finest often deliver when it matters most and this list of players have regularly proven the difference in the Champions League’s later rounds, here are the seven players with the most knockout stage goals in UCL history:

At his most dangerous, Müller plays with his back to goal or in a side-on position. He has an uncanny ability to assess the pattern of the play and shape its next phase by constantly making runs to eke out space among the opposition rearguard and provide an alternative passing option. 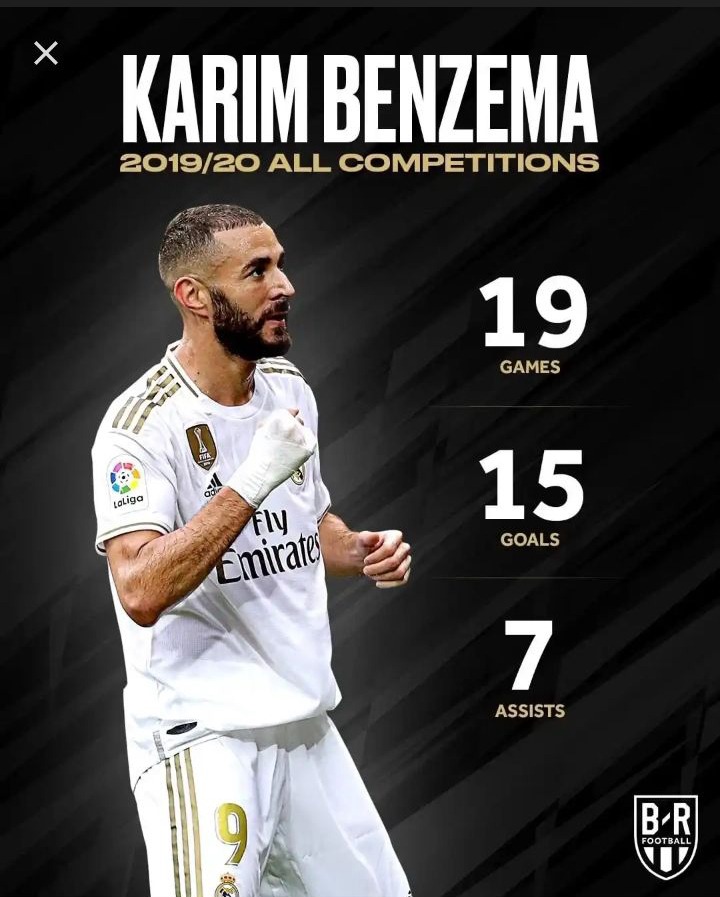 Karim Benzema is undoubtedly one of the greatest players in the history of Real Madrid, he has scored almost 250 goals for the club and still counting, making him the 5th highest scorer in Real Madrid’s history. The fact that Karim has managed to score almost 400 career goals when his primary role was to be the link-up player between the midfield and attack for almost a decade is pretty impressive. Many argue that Karim does not show up on big occasions but do not seem to realise he is also the 4th highest goalscorer in the history of UCL (probably the toughest club competition in the world) and 3rd highest among the active footballers (behind Cristiano Ronaldo and Lionel Messi, two of possibly the greatest players of all time). 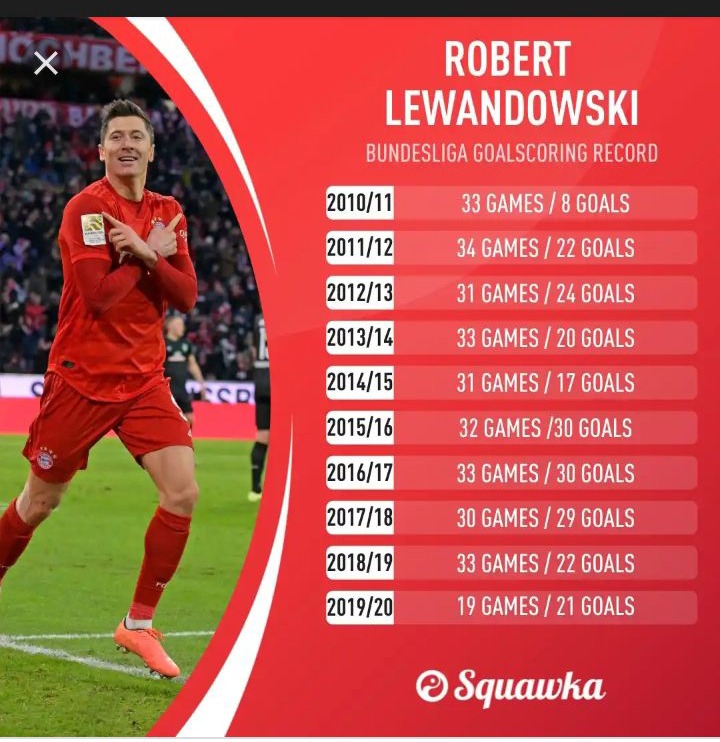 In a nutshell, Lewandowski is the complete striker. He can combine with his attacking midfielders, hold up play, take on defenders, latch onto balls over the top, play on the ground or in the air – and score goals of all shapes and sizes, with both feet and his head.In appearance, mannerisms and style of play, there is a distinct resemblance to the great Liverpool striker Ian Rush. 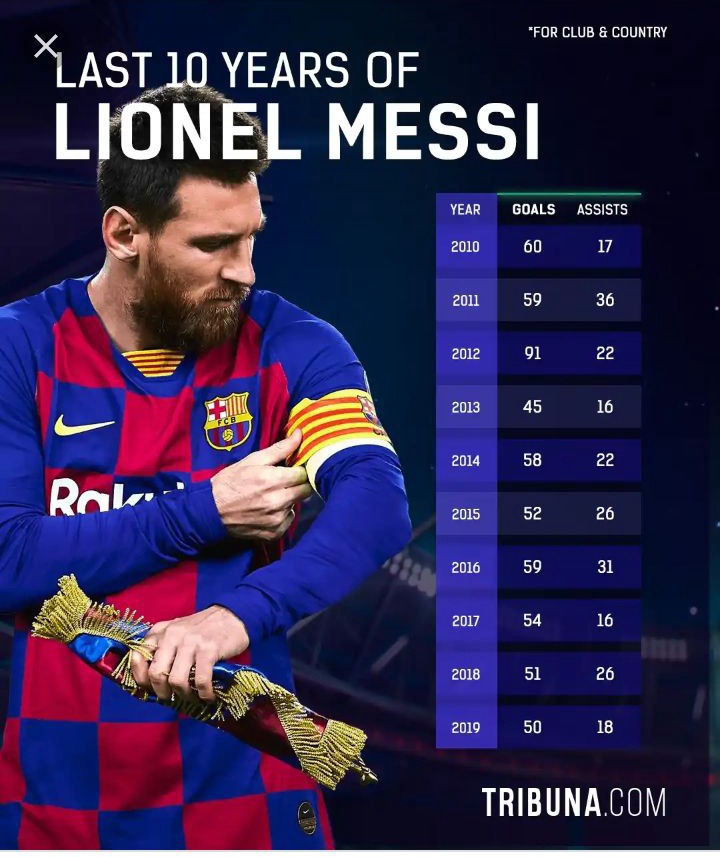 Messi has spent his whole senior club career with FC Barcelona, where he has won multiple trophies including Spain’s La Liga ten times and the Uefa Champions League four times. On 17 April, Barcelona won the Copa del Rey final after Messi scored twice in the 4-0 win over Athletic Bilbao. 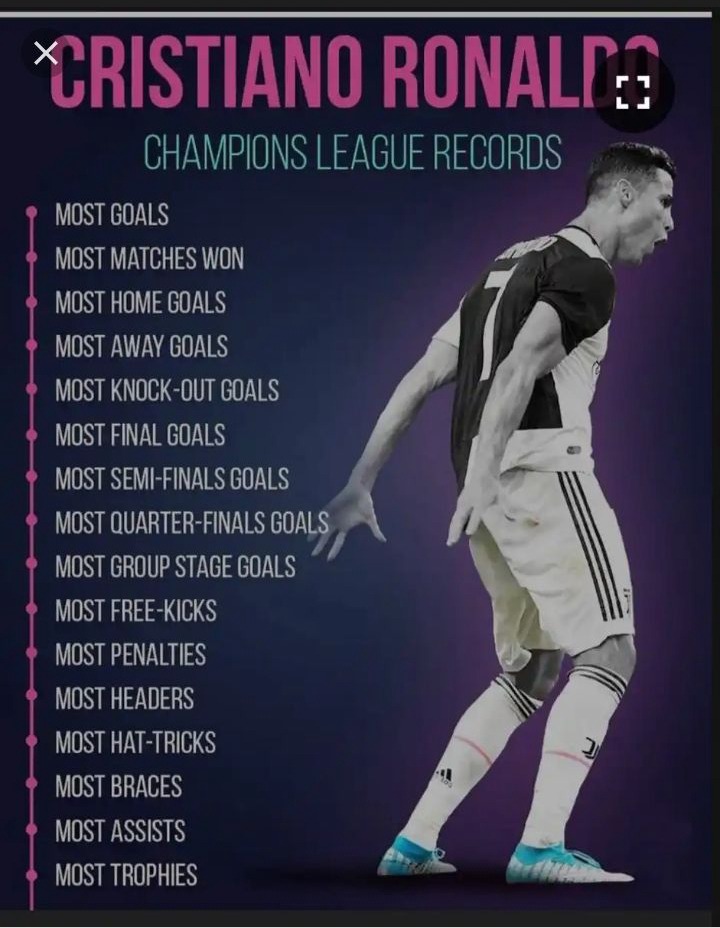 Football legend Cristiano Ronaldo is a carrier of many unbreakable records in the game and his influence has been of huge significance. The versatile forward has enjoyed a terrific time at club level, winning plenty of laurels for Manchester United, Real Madrid and now Juventus. One competition, Ronaldo has bossed, is the UEFA Champions League. Ronaldo has won a total of five UCL titles. He is second in the list alongside a host of former Real Madrid greats. However, he has won the Champions League with two different clubs. Ronaldo became the first player to score in the final with two separate teams, having won the competition with both Manchester United (2008) and Real Madrid (2014, 2016, 2017, 2018).

Rankings: Meet 5 greatest footballers to have won the ballon d'Or

Solskjaer is unconcerned about Liverpool's reaction to him fielding a depleted squad.

Manchester City's Premier League victory was based on a number of factors.