Naomi Osaka has agreed to speak to the press at the Tokyo Olympics.

By Sunnystyles (self media writer) | 1 year ago

Former world number one Naomi Osaka stated on Monday that she wants to be in peak condition for the Olympics and that she will participate in press conferences, following her withdrawal from a number of events due to depression and anxiety.

After pulling out of Wimbledon and the French Open due to the epidemic, the world number two told Japan's national broadcaster NHK that she was preparing to participate on home soil at the Tokyo Games, which had been postponed due to the virus.

According to a statement released by NBC, the 23-year-old stated, "I am preparing myself little by little so that I can be at the top of my game for the Olympics."

“Ever since I gained the attention of the entire world, I've suffered from spells of anxiousness. This is especially true in the weeks and months leading up to major competitions.”

After withdrawing from the French Open after just one match due to a disagreement over media responsibilities in June, Osaka sparked a national conversation about mental health.

Earlier this year, the Japanese athlete claimed that post-match press conferences were bad to her mental health and that they were akin to "kicking someone when they're down."

It was then disclosed that she was suffering from depression and anxiety in a message on social media, in which she stated that she needed time away from the game to get well. 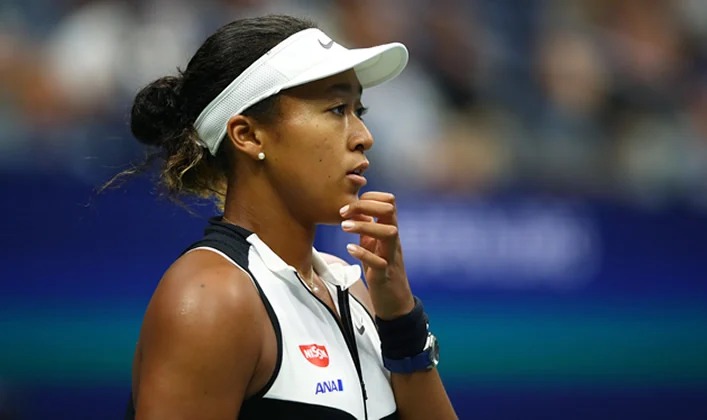 Osaka stated in a message published by NHK that she was "honored" to represent her country at the Games, and that she would participate in news conferences while taking her mental health into consideration.

Due to her refusal to comply with mandated media responsibilities, she was fined $15,000 and faced disqualification from the Roland Garros Grand Slam tournament.

After being accused of being overbearing, the organizers of the French Open insisted that they had treated her with "care and respect."

Osaka's agency announced last month that the Japanese player had withdrawn from Wimbledon in order to spend more time with friends and relatives.

However, he went on to say that she was "eager to play in front of her home fans" in Tokyo 2020, which begins on July 23 and runs through August.