By Gblizz (self media writer) | 4 months ago

Based on the performance of the Portuguese maestro in Manchester United's midfield last season, a lot of football fans and critics tagged the Portuguese midfielder a penalty specialist. This is as a result of the number of penalties he converted into goals in the previous season. Some were of the opinion that he wouldn't have gotten the number of goals he had last season if not for the penalties he converted. However, the highly rated midfielder continues to prove his doubters and critics wrong with every game played. So far Bruno Fernandes is yet to be awarded any penalty this season, but was able to score a hat-trick for the Red Devils in his first game of the season. His presence in the Manchester United squad has influenced their performance in several ways. The Portuguese midfielder put his name on the score sheet during the game between Manchester United and Newcastle United. 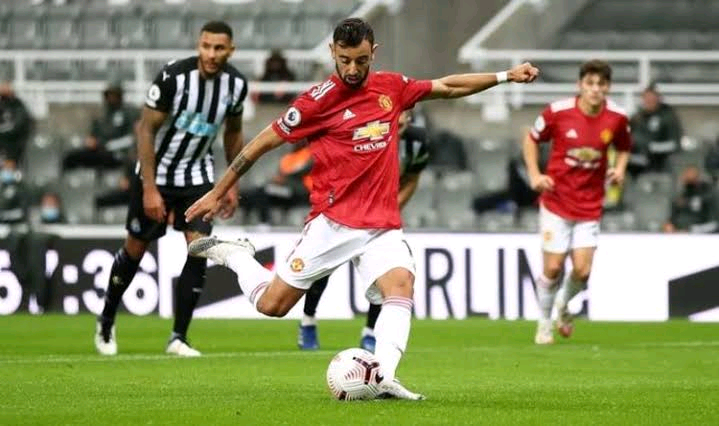 Despite Ronaldo's influence in the game, Bruno's long range strike was enough to get his name on the score sheet thereby increasing the number of goals he has scored this season to four goals. Bruno is yet to be awarded any penalty this season.

With this, Bruno Fernandes sits as joint top goal scorer in the league with West Ham United Michail Antonio as both players have 4 goals each. His duo with Frenchman Paul Pogba so far this season, has seen the two players perform beyond the expectations of many. 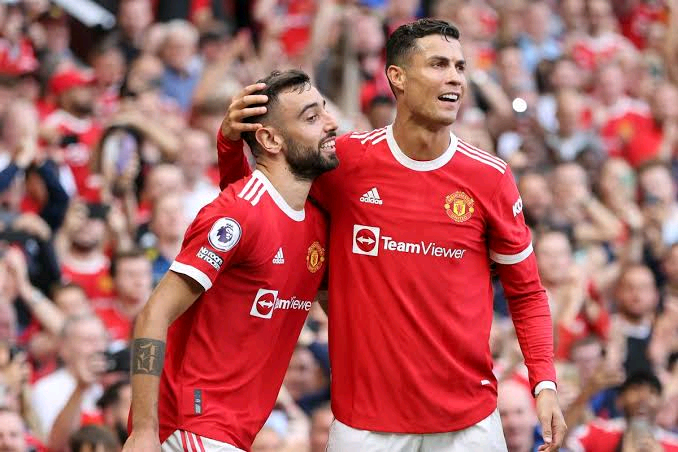 Paul Pogba tops the assist chart with seven assists, having played only four matches. With Ronaldo's presence in the squad, Bruno might not be the player to take penalty kicks for Manchester United. This doesn't pose ad a big issue for the Portuguese midfielder who has shown that he doesn't need penalties to score goals.