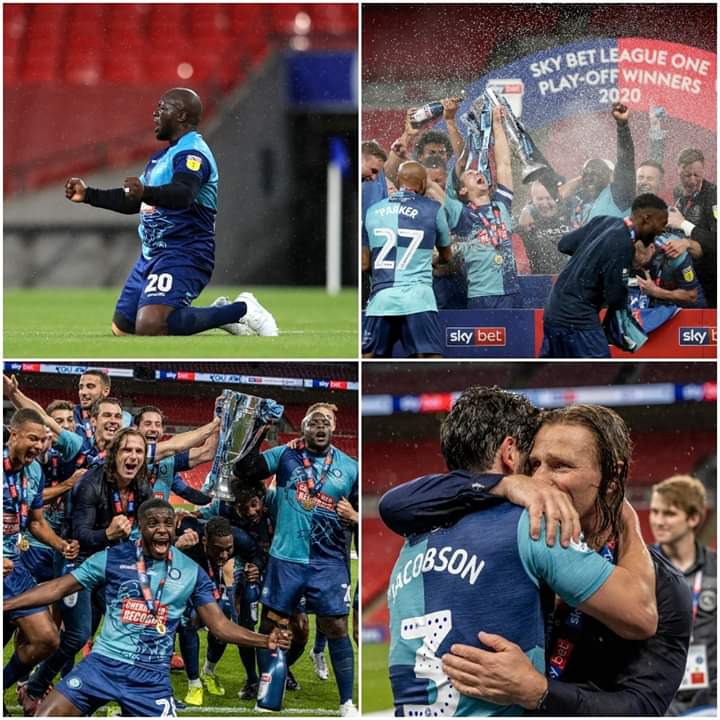 Wycombe Wanderers promotion to the championship after beating Oxford 2:1 in a play off on Monday is nothing short of startling. This is the very first time the team from Buckinghamshire will be playing in the championship in their 133 year history.

The Chairboys who were outside the play off places in 8th position before lockdown were thrown into the mix for the play offs following the decision to end the league using the points-per-game(PPG) rule. Using this rule Wycombe jumped from 8th to 3rd, a scenario which upset alot of other teams.

But they truly deserved their promotion to the championship which is tinged on hard work, perseverance and a bit of luck.

This is a promotion that nobody expected, not even manager, Gareth Ainsworth who had just nine players on the first day of pre season. Their achievement is nothing short of remarkable given that they were everyone's favourite for relegation to league 2 when the 2019/20 season began in August.

The blues who gained promotion to league one in 2018 narrowly avoided dropping out of league 2 on the final day of the season 6 years ago. But despite possessing one of the smallest budgets in the league, they will be competing in the championship next season.

Welcome to the Championship the Chairboys!