AS Roma's Nicolo Zaniolo has come under fire after an incident involving him and Tammy Abraham in their 2-2 draw with Bodo/Glimt yesterday night. 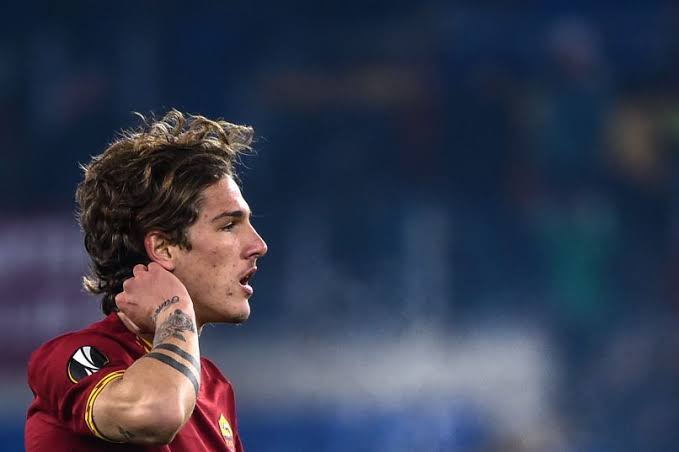 Roma welcomed the Norwegian champions to the Stadio Olimpico with the hope of putting out a performance much better than the one that saw them lose 6-1 in the first leg of the tie about two weeks ago in Norway.

Unlike in the first leg loss, Mourinho started with his best players, his very first XI. The only person missing was his captain, Lorenzo Pellegrini. But it was Stephen Sharaaawy who started in place of the midfielder, which means they had a very complete team for this one.

Although the performance was different from the one in the first leg, Roma did not really trouble Bodo. They lacked the team work to break their opposition's defensive backline.

The only time they managed to get behind Bodo's defence, the ball was at the feet of Nicolo Zaniolo with Tammy Abraham well positioned on the other side for a simple tap-in, but the winger decided to dribble an onrushing defender instead of simply squaring the ball to Tammy. 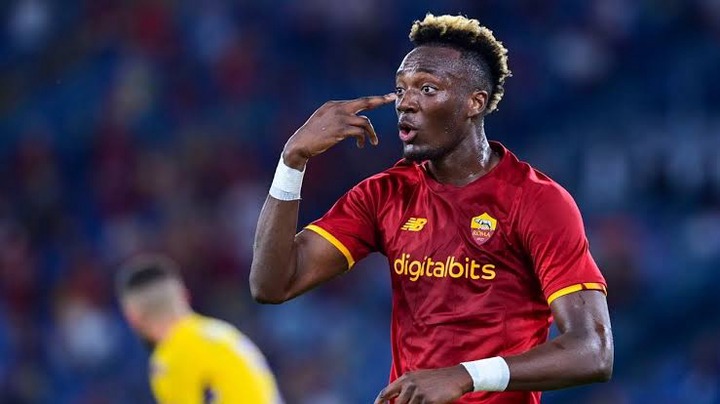 Few minutes after that, Roma paid the price as Bodo surged forward and scored a brilliant goal to take the lead into the half time break.

Fans were not happy. Zaniolo, for all his talents as a very gifted player has a reputation for holding unto the ball for far too long. Infact, part of the main reason why Tammy Abraham has struggled to score goals for Roma in recent weeks is the fact that players like Zaniolo don't release the ball to him when they should. 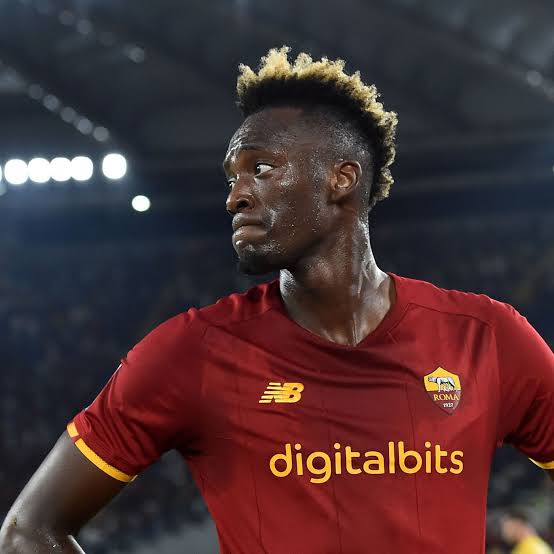 See What Fans Had To Say About Zaniolo 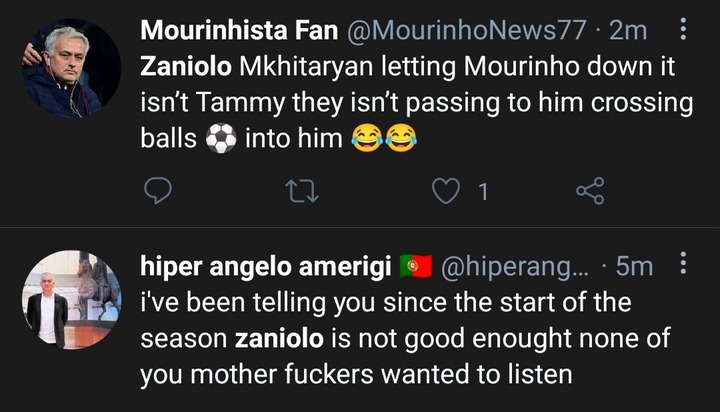 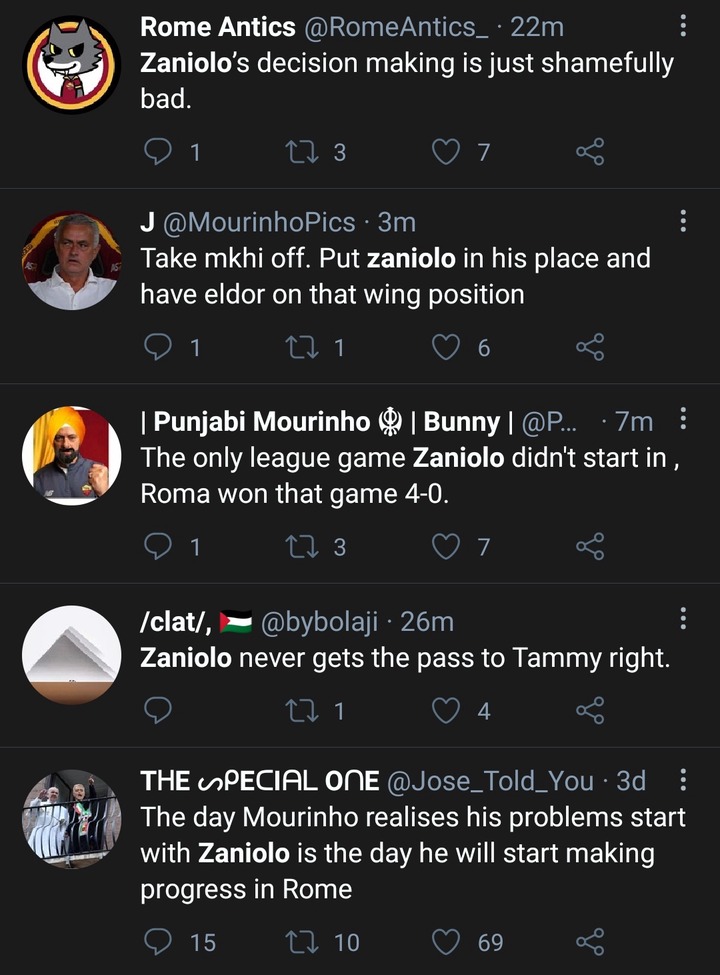 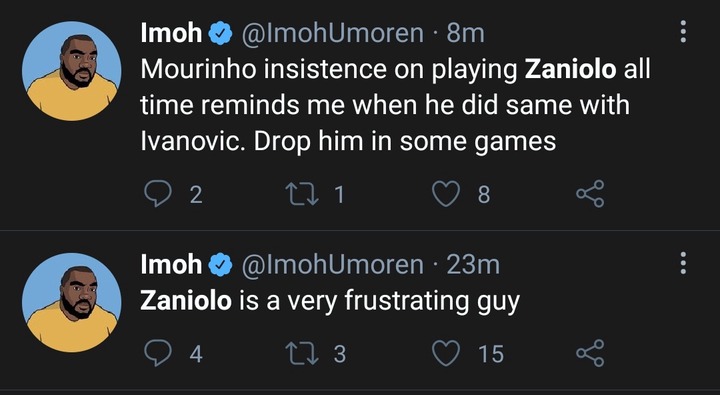 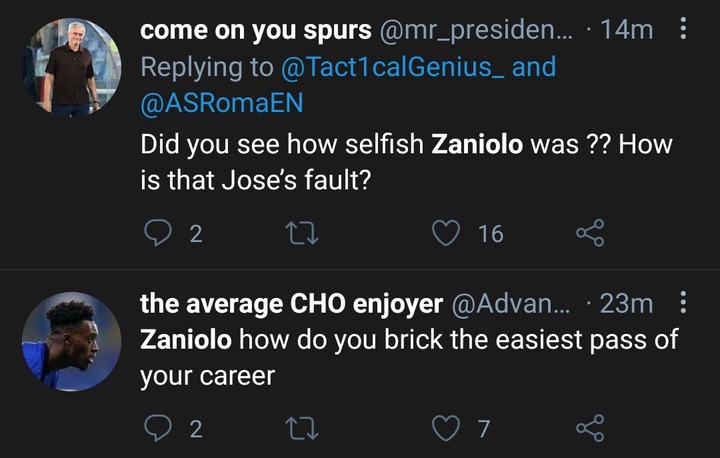 ﻿After the game, Mourinho had something to say about his front men.

"I think the problem if anything was upfront, Zaniolo, Tammy Abraham and Mkhitaryan made a lot of mistakes in their passes, decisions and lacked finesse." 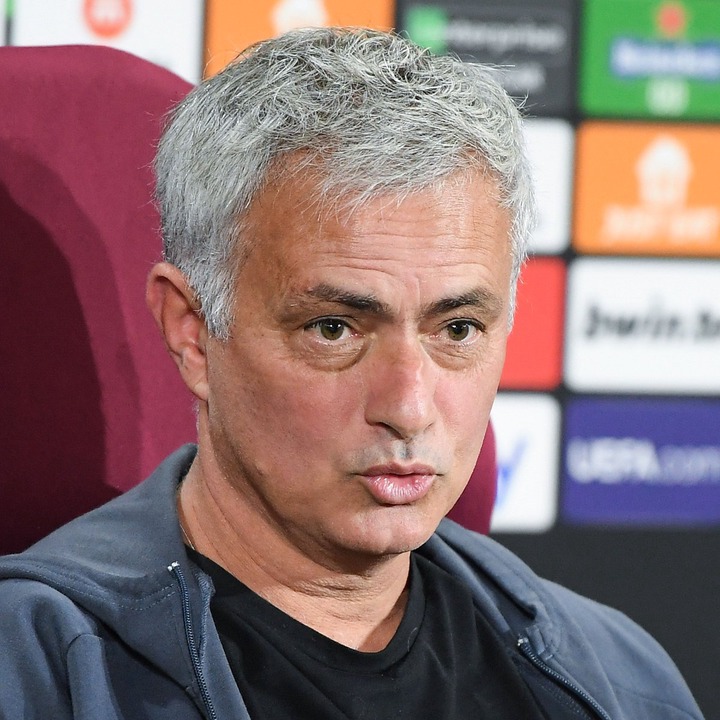 In my opinion, these fans have the right to criticise Zaniolo for that incident between him and Tammy because his poor decision making there was the only reason why Roma did not take the lead in the first half.

If they'd taken the lead, they could well have won the game. But instead, they played out a 2-2 draw at home after losing 6-1 in the first leg. That is an aggregate score of 8-3. Really poor from the Rome club.