It was like a fairy tale or a legend story to hear that Man City was beaten by arsenal. For the last three to four seasons now in the premier league, Manchester has so dominated the league that it is no more news the tremendous achievement of Guardiola and his boys.

Arsenal has suffered its share of beatings from Manchester City that it was almost impossible to imagine that Arsenal was going to thrash Manchester City without a reply. 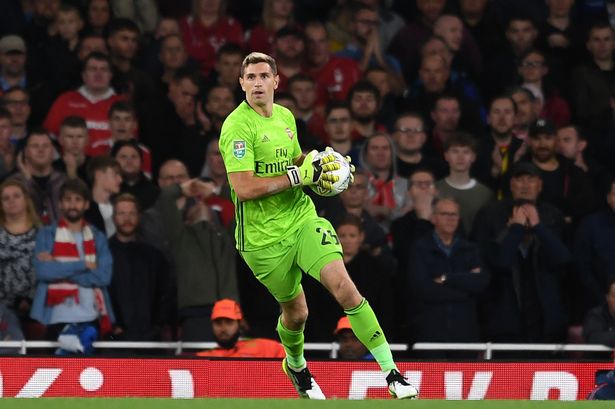 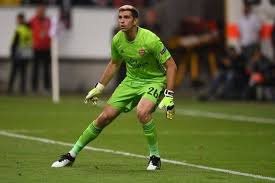 The FA Cup semi-final match between the two was thought of as a work-over for Man City as most of the bookies and pundits would have predicted the out of the match in favour of Man City. Well, it was not to be as Arsenal ran out victorious to break the jinx of Man City dominance in the last decade. Arteta in his post-match interview was excited to see two goals from Pierre Emerick Aubameyang to send the gunners into the final as he said, "I am extremely happy and proud of our players and very sad we cannot enjoy the moment with our fans. That [gritty performance] is what you need against these teams. You have to defend, put everybody on the line; we were well organized against the best team in Europe with the way they play positionally. There is great chemistry [in the defense] and they believed in what we are trying to do. Congratulations to them. We were humble, we understand the way we have to play. We were mature and understood where we are in the process. Day by day we are improving, but not zero to 100 in one day. All the team defended well, the team understand how the modern football where everyone has to defend, have the spirit, and play the ball 100 percent."

Ove all, it was a great collective performance from the Arsenal team. However, one particular player often not noticed, and his performance and contribution to the solidity of Arsenal football club is Emiliano Martinez, the second Arsenal goal who had to come in for injured Bernd Leno in their 2-1 defeat to Brighton. Since then Emiliano had taken his game to a new level of confidence and reliability in goal for Arsenal.

Martinez is now one of the longest-serving Arsenal players who has endured so much with patience to have his chance to prove his ability as a potential number one goalie, according to Wikipedia profile on Martinez, he was born 2 September 1992) is an Argentine professional footballer who plays as a goalkeeper for Premier League club Arsenal.

After injuries to Ryan Clarke and Wayne Brown, and the termination of Connor Ripley's loan, Martinez went on an emergency loan to Oxford United where he made his début in the English Football League in their final game of the season against Port Vale in League Two on 5 May 2012; Port Vale won 3–0

Martinez has been named on the Arsenal substitute bench for their fixtures away at Stoke City on 26 August 2012 and against Liverpool, on 2 September 2012 as Wojciech Szczęsny and Łukasz Fabiański were injured at the time and at Southampton on 1 January 2013. On 26 September 2012, he made his Arsenal début in a 3rd Round League Cup tie at home to Coventry City. He then made his second Arsenal appearance in the following round in a 7–5 win away at Reading in which Arsenal was 4–0 down.

On 15 October 2013, Martinez transferred to Championship side Sheffield Wednesday on an emergency 28-day loan agreement. On 14 November 2013 Arsenal announced that the loan agreement had been extended until 1 January 2014. Martinez made his debut for Wednesday on 23 November 2013 against Yorkshire rivals Huddersfield Town. The loan was extended to the end of the season soon after.

Martinez was an unused substitute as Arsenal won the Community Shield on 10 August 2014, with a 3–0 win over Manchester City at Wembley Stadium. He made his Arsenal debut in the Champions’ League group stage match against Anderlecht, which ended in a 2–1 win to Arsenal.[13] He then made his Premier League debut as a 2nd half substitute, replacing the injured Szczęsny against Manchester United at the Emirates Stadium.

Because of the injuries of Szczęsny and David Ospina, Martinez was made starting keeper against Borussia Dortmund on 26 November at the Emirates, keeping a clean sheet as Arsenal won 2–0. His "faultless" performance in the match led to him being named in that week's UEFA team of the week. He made his first Premier League start on 29 November against West Brom, which was followed by his second Premier League start against Southampton just four days later. He kept two clean sheets as Arsenal won both matches 1–0.

On 20 March 2015, Martinez joined Championship club Rotherham United on an emergency loan until the end of the season. He made his debut the following day against South Yorkshire rivals Sheffield Wednesday, conceding two added-time goals in a 3–2 home defeat.

On 2 August 2015, Martínez was an unused substitute as new signing Petr Čech played for Arsenal in the 2015 FA Community Shield, a 1–0 win over rivals Chelsea.[21] On 11 August, he joined Championship side Wolverhampton Wanderers on a season-long loan.

On 23 January 2019, he was loaned to Championship side Reading until the end of the season. He made his debut on 29 January against Bolton. A few days later he won man of the match against Aston Villa.

Martinez no doubt has been a very safe pair of hands for Arsenal who has proven time and time again that he can be trusted to man the post for Arsenal without fear or shakiness.