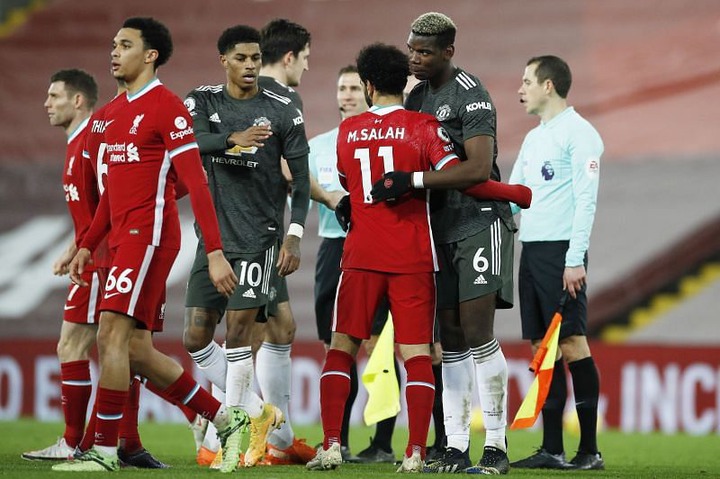 Manchester United host Liverpool in an FA cup  fourth-round tie at Old Trafford on Sunday, in the second meeting between these two sides in a week.

Liverpool are in the middle of an awful run of form at the moment, having won only one of their last six games in all competitions.

That win came against the Aston Villa youngsters in the previous round of the FA Cup. Villa had to field a team filled with academy players after a COVID-19 outbreak within their first team.

Liverpool lost their proud unbeaten home record in the Premier League against Burnley on Thursday night.

That 1-0 win, thanks to an Ashley Barnes penalty, meant that Liverpool lost a league game at Anfield for the first time since April 2017. In that period, Liverpool played 68 games.

Man United, on the other hand, come into this game after a superb 2-1 away win against Fulham in a game where Paul Pogba scored the winner.

In 232 previous games between these two sides, Manchester United have won 88, while Liverpool have won 77 matches.

The last meeting took place on Sunday, when the two teams played out a 0-0 draw at Anfield.

Manchester United will continue to be without centre-back Phil Jones and Argentine defender Marcos Rojo, who are both nursing injuries.

There are also doubts over the availability of young full-back Brandon Williams. Amad Diallo could make his Manchester United debut in this game, but he will definitely not start.

Liverpool manager Jurgen Klopp will be sweating over the availability of his captain Jordan Henderson, who missed the game against Burnley.

Kostas Tsimikas could earn himself a start in this game, with Andy Robertson needing a rest.

Content created and supplied by: Al-ameen007 (via Opera News )