What could Rodrigo De Paul add to Atletico Madrid? 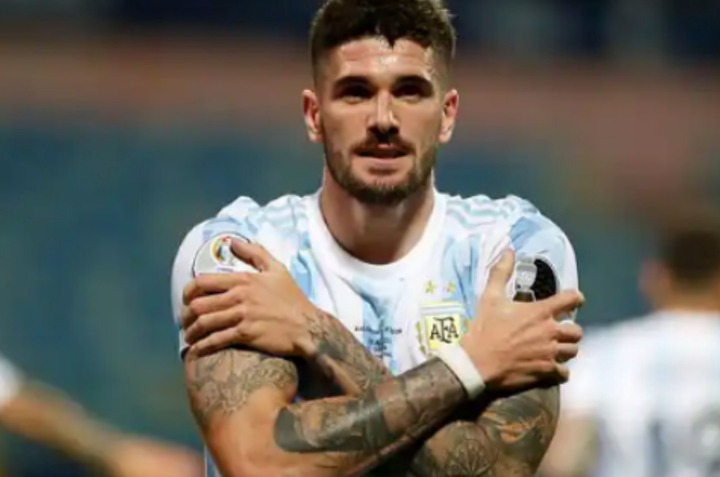 Despite winning the La Liga title last campaign in astonishing fashion, Atletico Madrid refused to rest on their laurels and the they signed Argentina midfielder Rodrigo De Paul from Serie A club Udinese in a reported fee that cost the side €35m. Quality-wise, It’s clear the midfielder is endowed with it, having shone in a lesser club like Udinese.

But why would Atletico pay so much money on a player when they already have the likes of Koke and Marcos Llorente in the middle?

Athletico Madrid, under Diego Simeone known for their defensive games than their attacking one, even with lethal goalscoring threats like former Barcelona centre-forward Luis Suarez and wonderkid Joao Felix. They only managed to score just 67 goals last campaign, twenty less than Barcelona, and a most of the goals were provided by Suarez.

De Paul is not a one-season-wonder player. In his last three seasons with Udinese, he’s produced a total of twenty-five goals, with just five penalties. At Wanda Metropolitano, Luis Suarez will undoubtedly retain penalty duties, which fortunately won’t have a profound impact on De Paul’s total output.

Also, the former Udinese midfielder is good at scoring spectacular goals, whether it be in his first season at Udinese or his second against Chievo Verona in 2019. An example is his wonder strike against Genoa in 2019, giving a perfect example of what De Paul can bring to the team. He is a versatile and efficient ball-carrier, there’s few better in Serie A.

Moreso, in Serie A last campaign, the Argentine attained nearly 8,000 yards of progressive distance, second-best in Serie A and sixth-best in all of Europe’s top five leagues. He accomplished the same the year before, so there’s confidence he’ll be able to perform at a similar level for his new team.

Furthermore, De Paul logged just over 120 passes into the final third of the pitch, sixth-best across Europe’s top leagues, narrowly beaten out by Aston Villa superstar Jack Grealish, despite having played fewer games than the Aston Villa talisman. The year before was even more stunning, with De Paul outdone only by Lionel Messi.

Although, he may need time to adjust to life in Spain and the pressure of playing for a big team might want to wear him down. Rodrigo de Paul will nonetheless excel thanks to his vision as he was among Europe’s elite, with crosses, line-breaking passes and insane vision putting him above midfield maestros such as Bruno Fernandes and Luka Modric. He’s also notched 20 crosses into the 18-yard box, leaving him as the most prolific Serie A central midfielders in this regard.

Therefore, while De Paul may not have the established brand of someone like Fernandes, he’s given Atletico fans something to look forward to in the upcoming season, as Los Colchoneros look to defend their league title and go deep in the Champions League.