By SPORTSC (self media writer) | 19 days ago 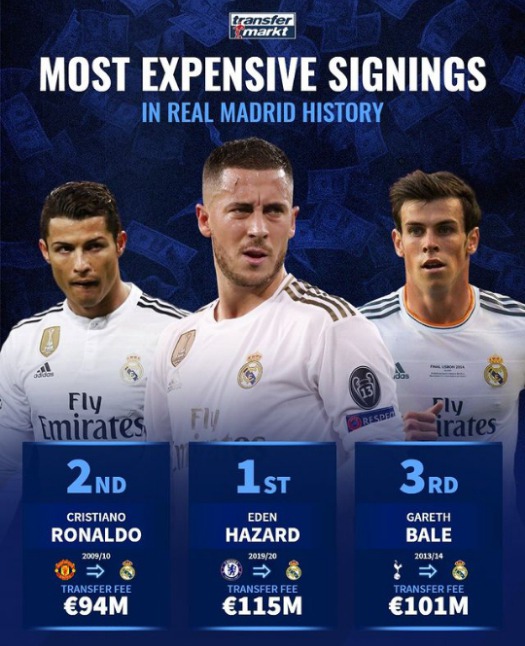 Cristiano Ronaldo is Real Madrid's third most expensive player signing in history. He was a striker for the football club. Cristiano Ronaldo joined Real Madrid from Manchester United in 2009/2010 for a fee of €94 million. The Portuguese professional footballer is widely regarded as one of the world's best. 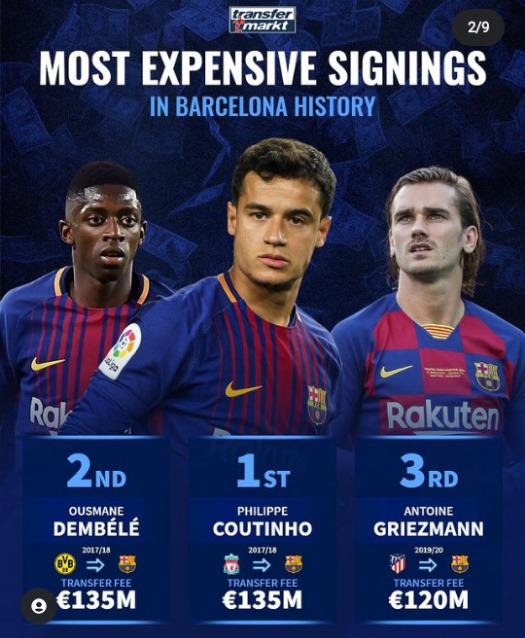 Philipee Countinho is regarded as the most expensive football player in Barcelona's history. For the football club, the Brazilian professional footballer plays as an attacking midfielder. Countinho moved from Liverpool to Barcelona in 2017/2018 for a fee of €135 million. Ousmane Dembele, a French professional footballer, is the second most expensive signing in Barcelona's history. In 2017/2018, he moved from Borussia Dortmund to Barcelona for a fee of €135 million. He is a forward for the club.

With the most expensive signing in Barcelona history, Antonio Griezmann is ranked third in the world. He is a French professional footballer who currently plays for Barcelona as a forward. Griezmann moved from Atletico Madrid to Barcelona for the 2019/2020 season for a fee of €120 million. He is well-known for his attacking and passing abilities.

Many football legends have a track record of making high-priced signings. These football players also become stars within the football club to which they were signed by winning trophies.