Read Why Ronaldo's Captain Armband Will Be Sold, After He Threw It On The Pitch

By Gistallday (self media writer) | 1 year ago

The Armband Ronaldo Threw To the ground in Portugal Serbia 2-2 draw, according to reports the armband is doing well now. There were a lot of controversies last week after the Ronaldo team was held in a 2-2 draw, after being ahead with 2 goals.

It was an Entertaining game between the Portuguese side and the Serbian International team as it was filled with a lot of Excitement for Serbia, while Ronaldo was angry. Portugal were the visitors there two goals came from Liverpool's and Ex Wolverhampton forward Diogo Jota as he scored the first goal in the 11th minute and 36th minutes, while Mitrovic scored in the 46th minutes, seconds after entering the second half of the game, Portugal tried Their best looking for a third game to kill the game off, but Serbian and Eintracht Frankfurt scored the second goal for Serbia, to make it 2-2. Now the main talking points are Cristiano Ronaldo's actions what he did and what led to him throwing his captain Armband seconds before the full-time whistle was blown. 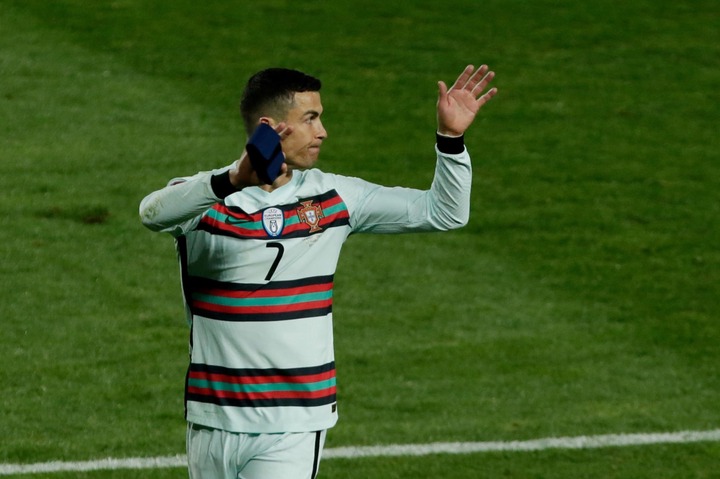 The Controversial Topic and what Led Ronaldo To Throw away his Captain Armband, and what was done to the Armband.

Ronaldo scored a goal which was wasn't counted by the Referee as the excuse was There were no goal-line technology and Var to review the goal. 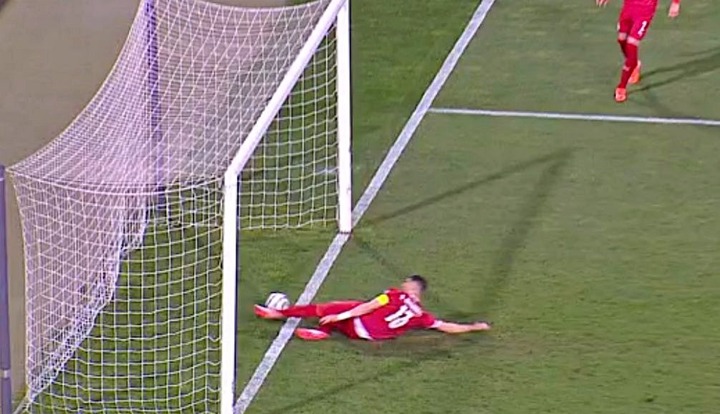 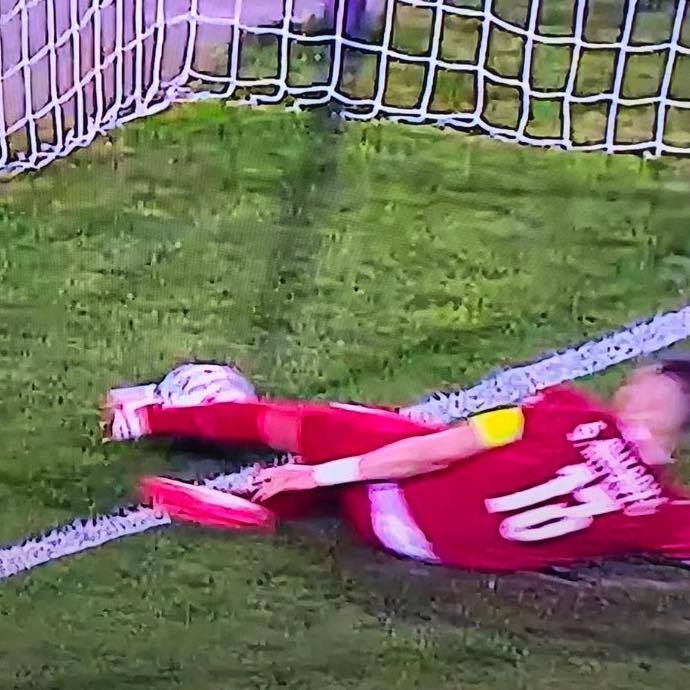 This made Ronaldo More angry and furious as he knew it was a goal, but the ref denied him and instead gave him a yellow for appealing the more, Ronaldo and Portugal a win over Serbia.

This made Ronaldo angry, he didn't only throw his Armband to the ground he also left the pitch in Minutes before the end of the game, this act from Ronaldo caused a lot of reactions from football fans. 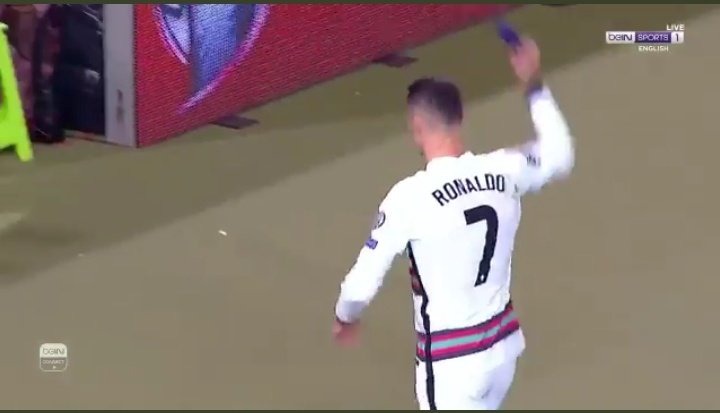 Well in recent developments Ronaldo Armband will be used for a better thing instead of it being disposed of, according to reports the Juventus Star doesn't know a dime about this, but his captain armband will be auctioned to raise money for a Serbian child's surgery. 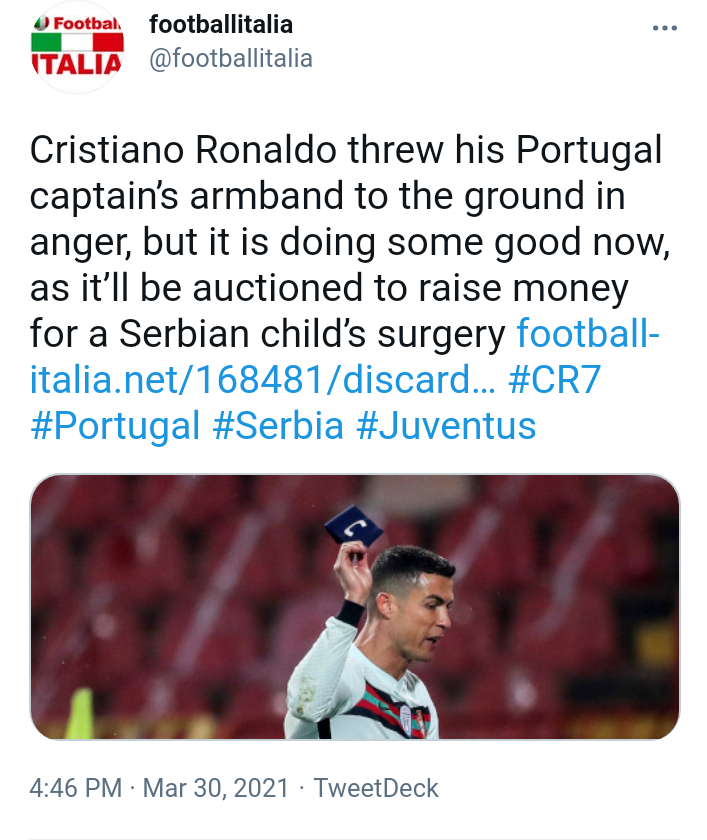 Well, this is a piece of good news for this Serbian child as The Armband will be in favor of him/her.

Football fans praised Portugal teams, while others said Portugal doesn't have anything related to this saying it the work of the Serbian International team.

Well, what do you have to say about this good news?

Content created and supplied by: Gistallday (via Opera News )