By olusolasportspedal (self media writer) | 9 months ago

Not less than three Nigerians are in plying their trade in Redbull Salzburg, the Austrian Bundesliga Champion. 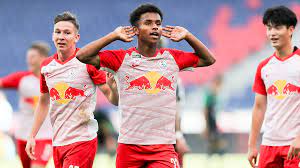 One of them is 19 years old Karim Adeyemi who came from the bench to score for Germany on his international debut against Armenia in the World Cup qualifier which ended 6-0 in favour of Germany. 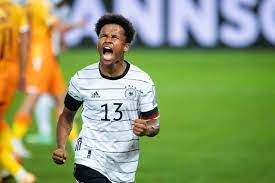 The forward grew in Germany, and learn the art TSV Forstenried between 2008 and 2010 before he joined Bayern Munich in 2010 and left for SpVgg Unterhach in 2012, where he stayed till 2018.

He started his professional career at Redbull Salzburg when he moved from SpVgg Unterhach for 2.5 million pounds.

The 5ft 11 tall striker has scored six goals so far season this season. 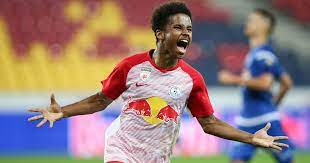 The highly-rated young forward is expected to star for the Austrian Champion in the 2021-2022 UEFA Champions League when the group stage of the competition begins in September. 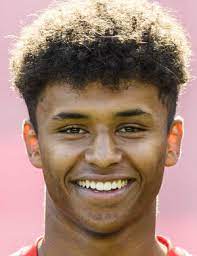 Adeyemi was born in Munich, Germany, to a Nigerian father and Romanian mother. He helped Germany to win the European U-21 Championship gold medal in 2021.

The second Nigerian is Noah Arinzechukwu Okafor, his father is from Nigeria but his mother is Swiss. 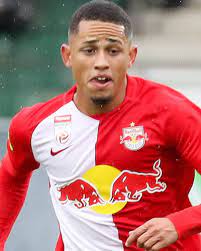 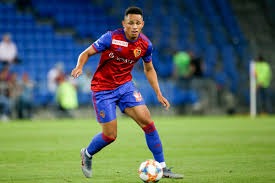 The winger played for Basel till 2020, making 51 appearances scoring only 8 goals. He then Red Bull Salzburg since till date. 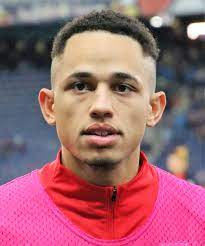 Okafor has played only once for the Swiss national team, He made his senior national appearance on 9 June 2019 in the 2019 UEFA Nations League third-place game against England, as a 113th-minute substitute for Haris Seferovic. 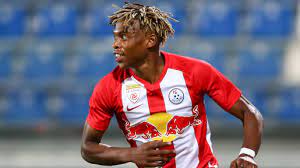 Chukwubuike Adamu is another Nigerian that is playing in Redbull Salzburg that is now representing the Austrian national youth team.

The 20-year attacker is born in Kano but moved with his parents to Austria at a very young age. 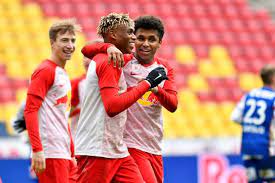 In September 2020, he made his debut for Red Bull Salzburg in an Austrian Cup match against SW Bergen, coming on in the 75th minute for Masaya Okugawa. 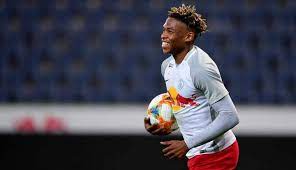 Adamu scored his first goal for Red Bull Salzburg in a 1–0 league win over Admira on 14 August 2021, just a few days he returned from a loan move from Swiss Super League team FC St. Gallen. 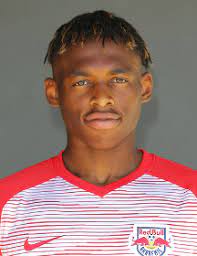 Three days later, he made his first appearance in the UEFA Champions League, coming on as a substitute in a 2–1 home win over Danish champions Brøndby in the first leg of their play-off round clash.

The team won the tie over the two legs to book a place in the 2021-2022 UEFA Champions League group stage.

The three players are expected to feature in the UEFA Champions League as they were registered by Redbull Salzburg for the competition.