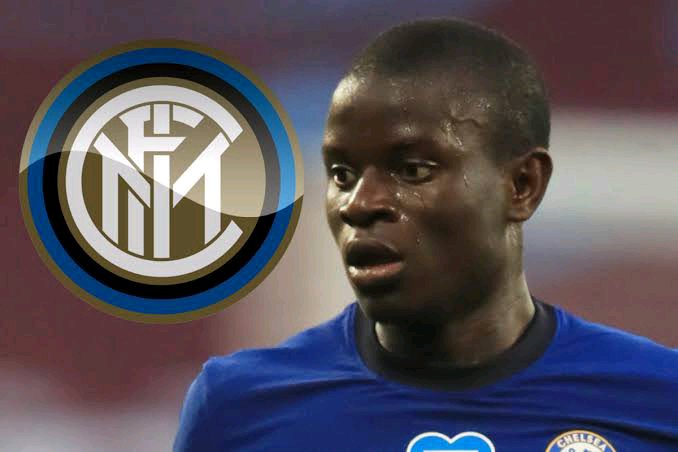 Inside the Porto move that almost ended Thiago Silva's career

In Brazil, they call Thiago Silva 'O Monstro' – the monster.

A son of the Campo Grande favelas and abandoned by his father at the age of five, the veteran defender has overcome numerous set-backs to become one of the 21st century's finest centre-backs.

Now, as Chelsea prepare to face Porto in the quarter-finals of the Champions League on Wednesday, he will return to face a club where, having joined them 17 years ago, his career almost ended before it had even properly begun.

Inter warned off Kante & told to find a Goretzka

Inter have been advised to shelve any interest in Chelsea midfielder N’Golo Kante and instead focus on landing themselves a playmaker in the Leon Goretzka mould.

Prising the Germany international away from Bayern Munich would likely be an impossible task, meaning that other avenues will need to be explored in upcoming transfer markets.

It has been suggested for some time that former Blues boss Antonio Conte will look to launch a raid on Stamford Bridge for a familiar face, but Nerazzurri legend Giuseppe Bergomi believes more creative options have to be prioritised.

City refusing to give up on Messi (Marca)

Paris Saint-Germain are also keeping a close eye on events at Camp Nou, where a new contract could yet be signed by a mercurial Argentine, but Pep Guardiola is clinging to the hope that a reunion with a familiar face can be put in place at the Etihad Stadium.

Brentford full-back Rico Henry is set to find himself in the Premier League next season, reports Standard Sport.

The Bees remain in the Championship promotion picture this season, but a prized asset on their books is attracting interest from a number of top tier sides – with Southampton leading the hunt.

Jose Mourinho has, according to La Razon, asked Tottenham to deliver him Diego Carlos this summer.

Spurs are in the market for another centre-half and their Portuguese coach believes the perfect option is currently on the books at Sevilla.

Southampton are set to re-sign Theo Walcott on a permanent basis this summer, reports talkSPORT.

The England international is currently back at St Mary’s on loan from Everton and has impressed those on the south coast enough to mean that a fresh agreement will be sought.

Spurs ready to make a move for Sabitzer

Tottenham are ready to make a move for RB Leipzig's Marcel Sabitzer - according to Football Insider.

Spurs are poised to swoop, with head coach Jose Mourinho having long been a keen admirer of Sabtizer.

season, on loan from Italian club

Sebastian Breza joins the Club on loan for the 2021