The end of the year is approaching which also means the best player award will be awarded anytime soon. The Ballon D'or is a france football award given to the best player for the Calendar year and not based on seasons. 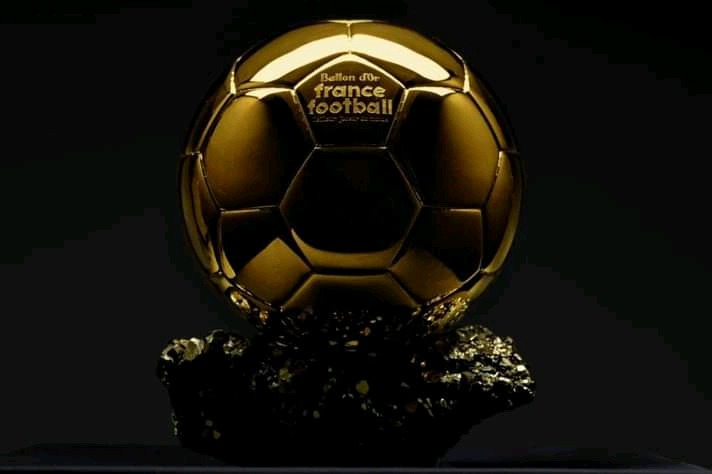 Unfortunately, last year's edition of the award was cancelled due to the Coronavirus pandemic which kept everyone in lockdown. This year is sure to happen and players are already battling out this season for the prestigious award.

The top 10 contenders for the award are below; 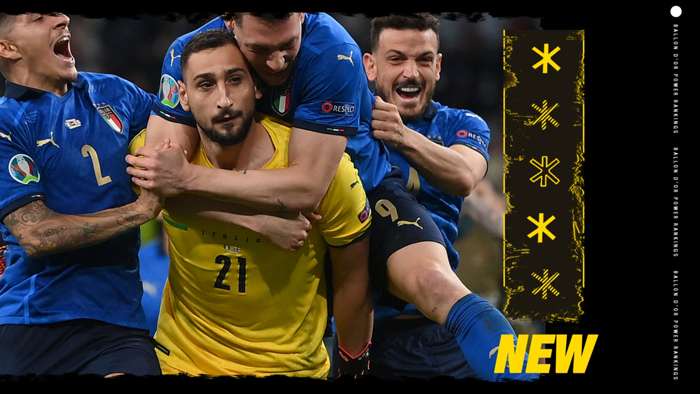 What a year Donnarumma has had. The experienced goal keeper was instrumental as he guided his boyhood club, Ac Milan to the Champions League since the 2013/2014 season. He was also awarded the best player of the tournament at the just concluded Euro 2020. He was Italy's super star during the duration of the competition as he never conceded more than one goal in regulation time all through the tournament. He also successfully gave Italy two Penalty shoot-out victories against Spain and England in the Semifinal and final of the tournament respectively. He proved his worth and with his performances, he attracted interest from europe top clubs like Paris Saint-Germain and Fc Barcelona due to the fact that he was a free agent all the time. He signed for Paris Saint-Germain during the summer and has played some games for his team. The only goalkeeper on the list. 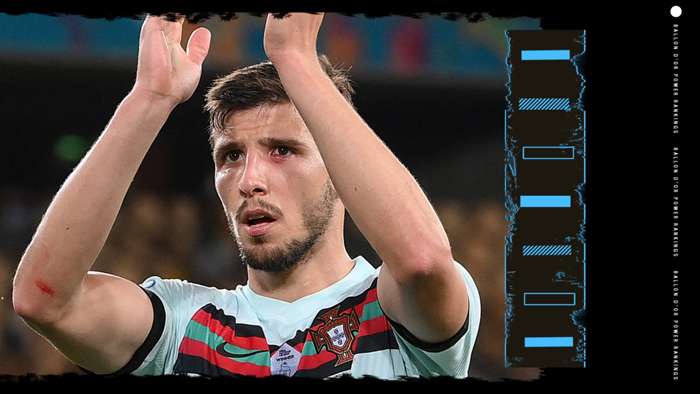 Dias was a block in Manchester City's defence last season. He was instrumental as they eyed a quadruple. Their quadruple hope was cut short by Chelsea in the FA Cup semifinal and also in the Champions League final. Dias was vital as his side won the Premier League and the Carabao cup. He was awarded with lot of awards after the end of the season and is still a contender for many. He missed the PFA player of the year award to team mate Kevin De Bruyne but won the UCL defender of the 2020/2021 season after guiding his team to the Semifinal of the competition. His poor national performance reduced his charge to the prestigious Ballon D'or award. He was poor during the Euros as he bagged an own goal and also didn't go far with his country in the tournament. He is already up and running this season with some clean sheets to his name. 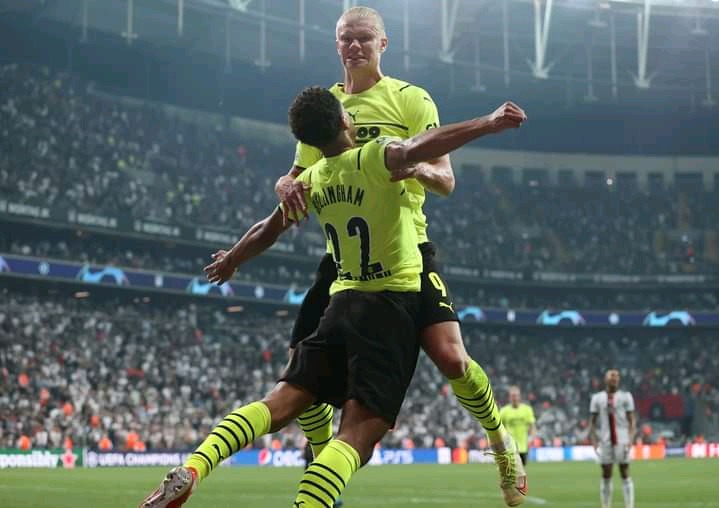 Sometimes many fans wonder if this guy is a machine. Erling is synonymous to goals. Haaland has had an outstanding year and is currently one of the best goal poacher out there with a bright future ahead of him. He has more goals than games he's played during the duration of the year. His goals were enough to clinch the DFB-Pokal for Dortmund. He also scooped the UCL forward of 2020/2021 award ahead of fellow poachers Robert Lewandowski and Kylian Mbappe. He was unfortunate not to have made the Euros tournament with Norway. He was heavily linked to London during the summer but Dortmund weren't letting their raw gold leave after the departure of Jadon Sancho. He has been on fire since the start of the new season both for club and country. He bagged the Bundesliga player of the month for August and he isn't slowing down a bit. He is wired differently. 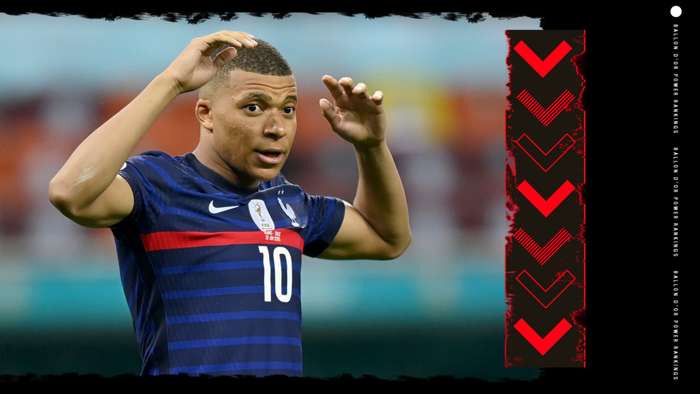 He was a nominee for the UEFA Champions League forward of the season. He was very instrumental for Paris Saint-Germain during the duration of last season's edition of the competition as he bagged 4 goals in 2 legs against Messi's Barcelona. He was also vital as PSG claimed the Trophee des Champions but not without losing the league to Lille. He was poor during the Euro tournament as he didn't have a goal to his name and missed the final Penalty that sent France home. He was heavily linked with a move away to Real Madrid during the summer with bids submitted by the Los Blancos but Paris Saint-Germain reportedly rejected all 3 bids as they consider him a part of their project. He has bagged some couple of goals and assists since the start of the new season. 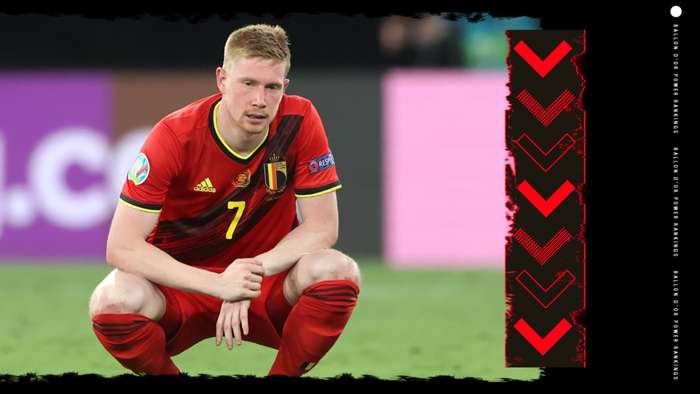 The back-to-back PFA player of the year. He was instrumental in Manchester City's premier League and Carabao cup win. He was also their key player in the Champions League as they made the first final appearance in their history. Unfortunately for him, got injured in the final which kept him out for the remaining minutes of the game but wasn't enough to keep him out of the Euros. He helped Belgium reach the quarter finals stage of the tournament. He made his first appearance this season in the Champions League against RB Leipzig but hasn't played lot of matches this season as he is still recovering. 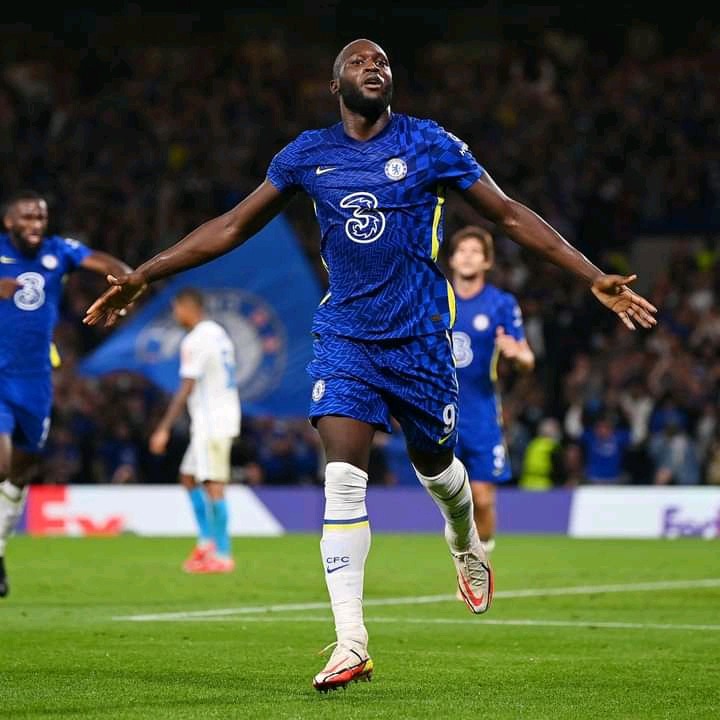 He should currently be in the conversation for the best number '9'. Lukaku has proven over the years to be a goal poacher both for club and especially for country. He was Serie A's MVP as Inter ended Juventus' scudetto run. He formed a deadly duo with Lautaro Martinez during their Scudetto run. He was also excellent in the Euros as well. He secured a move back to the bridge where it all started and has scored 4 goals already in 5 games he's played including a debut goal against Arsenal and a debut Champions League goal for his new club against Zenit. 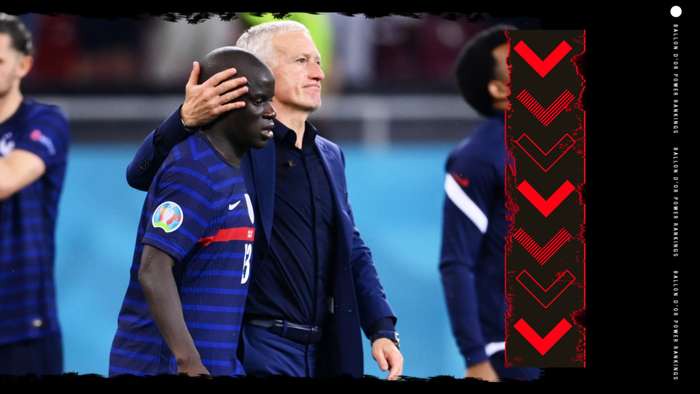 Doesn't talk too much but do the talking on the pitch. Chelsea's Midfield general and workaholic. Although he had 1 assist all through last season, his work rate for the club is second to none. He was Chelsea's main man in the Champions League. He won 4 man of the matches award during the knockout stages of the competition, twice against Real Madrid, and one each against Atletico Madrid and Manchester City in the final of the competition. His prowess in the competition earned him the competition's midfielder of the season award. He didn't go far with the France national team in the Euros but is in contention for the prestigious award. He marked his return with a goal against Tottenham hotspur. 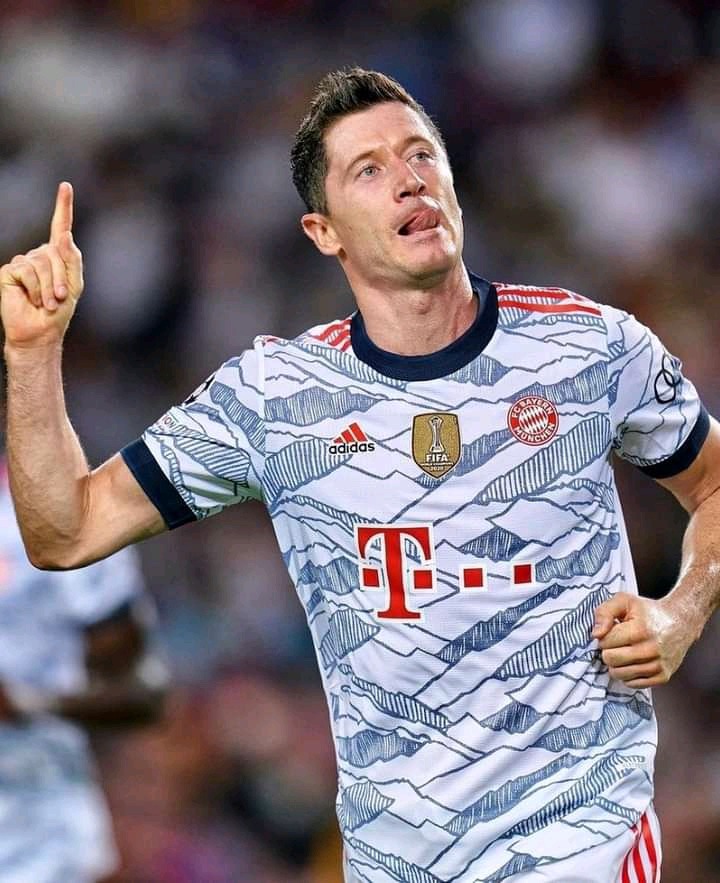 Lewandowski keeps scoring for fun. He is on a 19 consecutive goal streaks for Bayern Munich. He was vital as Bayern Munich defended the Bundesliga title last season breaking the late Gerd Muller's record for number of goals in a season. He ended the season with 41 goals to his name. An injury kept him out of Bayern's quater final elimination at the hands of Paris Saint-Germain in the Champions League. He had quite a run in the Euros and is already up and running this season. He has scored in all Bayern Munich's matches he has played this season including twice in the Champions League against Fc Barcelona and in the super cup against Borussia Dortmund. Lewandowski is built differently. 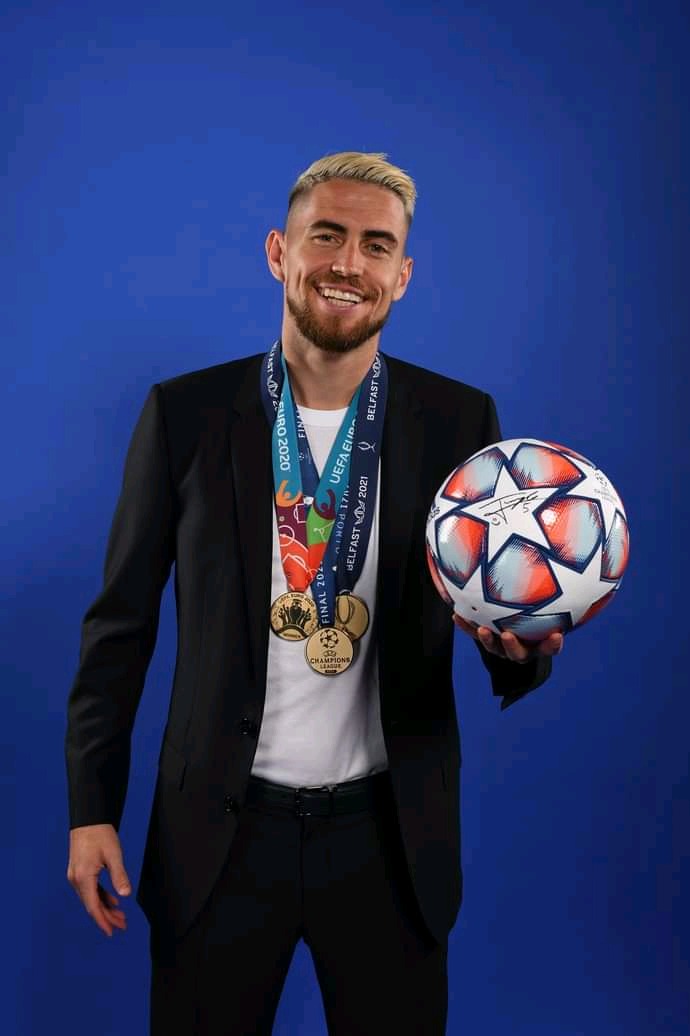 The surprise package on the list. Jorginho did enough to shut the haters who were always calling him "slow and Sarri's son". He can boast of 3 european trophies within the space of 4 months. He helped Chelsea win the Champions League and the Super Cup trophies and was also vital as Italy secured the prestigious Euro 2020 trophy. His victories didn't go unnoticed as he scooped the UEFA Men's Player of the year award at the UCL draw that took place on the 26th of August. He is still a vital member of Chelsea's squad this season. 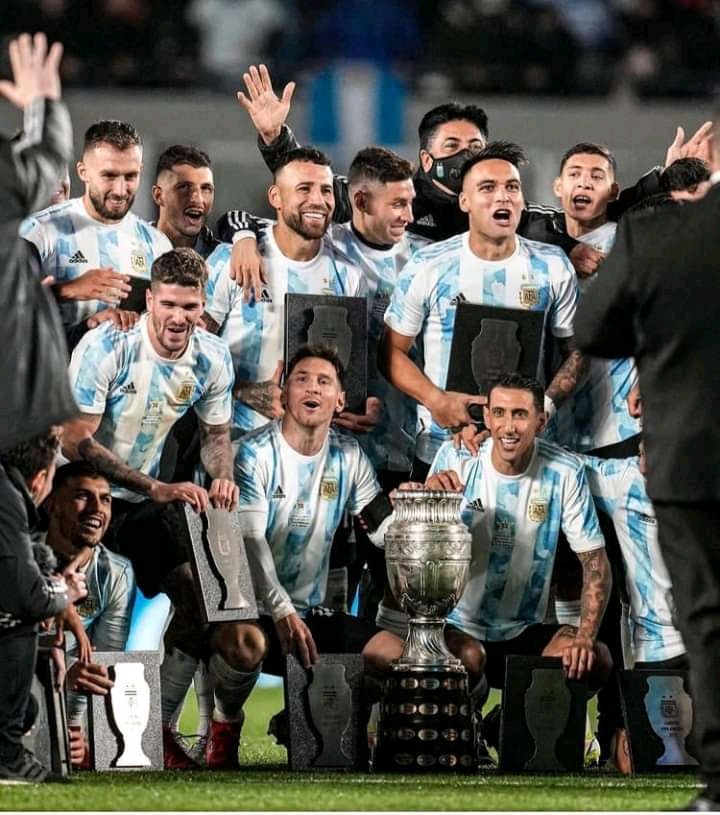 Are you surprised? Regardless of Messi's poor start to the season, he is still the number one contender for the award as the judging criteria for the award ran ended on the 7th of August 2021. Messi won the Copa Del Rey with Fc Barcelona within the time frame and got his first international trophy during the Copa America tournament which took place in Brazil. He took home the player of the tournament in addition with the top scorer award. Unfortunately, his love story with Fc Barcelona ended after his vacation which forced him to head to Paris. He hasn't had quite a start to life at his new club. He still lives with his family in an hotel. Fans are still waiting for the maestro to score his first goal for the club. But we know he is Messi. Last season, he had one goal in his first 7 games but ended the season with the top scorer and assists award. His 7th golden ball could be on its way.