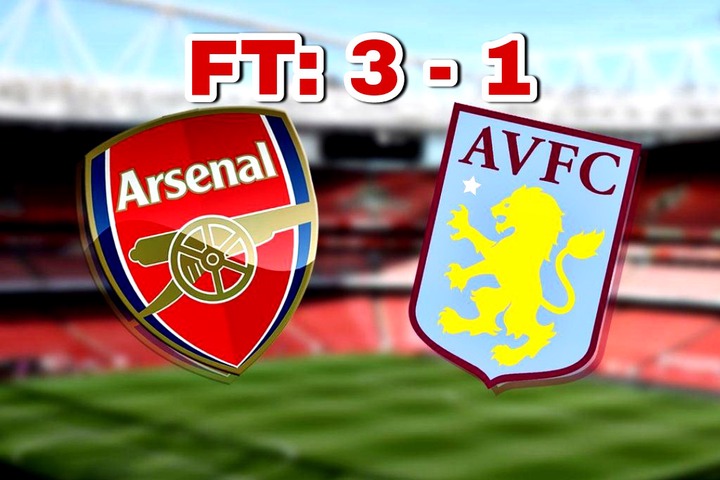 On Friday Night Football, Arsenal's Premier League resurgence picked up steam with a 3-1 victory over Aston Villa at the Emirates.

Pierre-Emerick Aubameyang (45+6) added to Thomas Partey's first goal for the Gunners (23) in first-half stoppage time after his initial penalty was saved by Emi Martinez following a VAR review for a foul by Matt Targett on Alexandre Lacazette.

Emile Smith Rowe extended the hosts' lead in the second half (56), capping another outstanding performance, before Jacob Ramsey added a late consolation for the visitors (82).

After suffering their third consecutive league defeat for the first time since July 2020, Aston Villa remain in 13th place.

The Gunners were quick out of the blocks, apparently looking to prove a point to head coach Arteta after squandering a lead against Crystal Palace on Monday night, and Nuno Tavares, making his Premier League debut, shone brightly early on.

Villa, on the other hand, appeared unsure of themselves and completely at odds with Dean Smith's wing-backs system, with Arsenal's persistent pressure ensuring they had little time to get into the game. 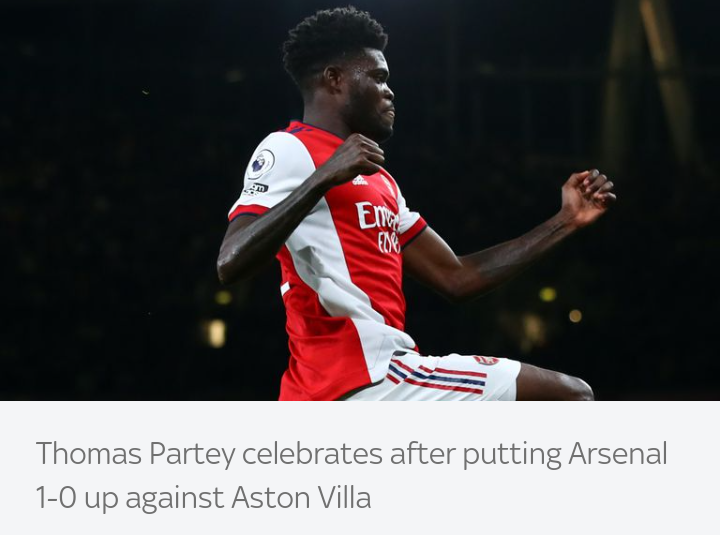 Partey headed home Smith Rowe's corner after hitting the woodwork from a Bukayo Saka set piece, and referee Craig Pawson gave a penalty on the stroke of half-time to reward Arsenal's explosive start.

Matt Targett was the culprit, sliding past Alexandre Lacazette, and Aubameyang made it 2-0 by slotting in the rebound from his penalty after a superb save by Emi Martinez.

After the break, Villa adjusted their structure and looked much brighter, allowing Danny Ings and Ollie Watkins to have a couple of chances on goal. However, a poor pass from John McGinn allowed the home team to move away, and Smith Rowe scored with a deflection off Tyrone Mings.

Arsenal could have extended their lead if they had kept possession, but Villa scored a magnificent consolation goal with just under ten minutes remaining when Jacob Ramsey fired a laser-like strike into the top corner. 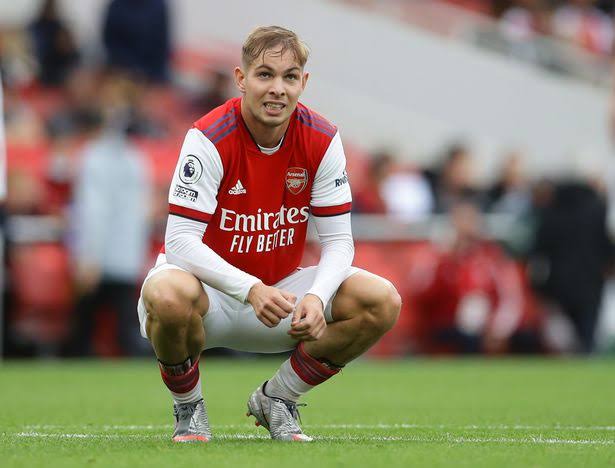