The 20-year-old Arsenal star linked with a move to Liverpool.

By Castano (self media writer) | 18 days ago

Liverpool might be knocking on Arsenal doors this winter as they look to secure the signature of one of their fast rising youngsters. 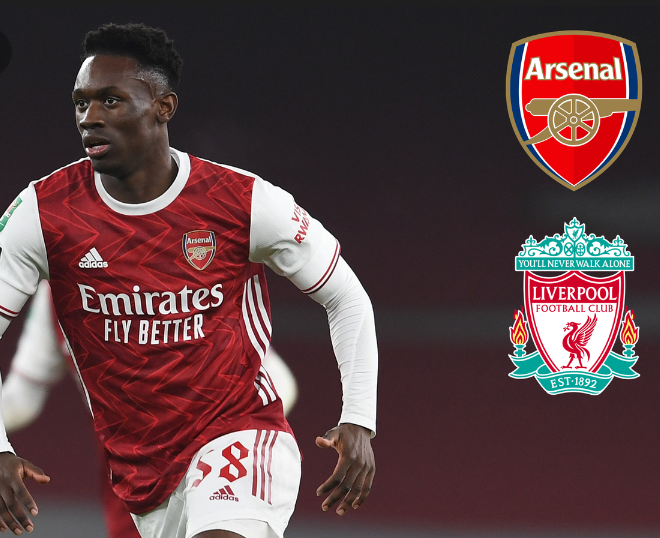 THe Reds are looking to add more quality to their attack ahead of the African Cup of nations which would see three of their best players Sadio Mane, Mohammed Salah and Naby Keita leave them.

During that competition, Liverpool could be without these stars for a period of one month and would have the likes of Diogo Jota, Takumi Minamino, Origi and Alex Oxlade chamberlain leading their attack, so an additional face might help them keep their good results coming.

It is believed that Liverpool manager Jurgen Klopp might seek the services of one of Arsenal's Hale End graduates this January, with young striker Folarin Balogun said to be the man in question

The young talented Arsenal forward had often admitted that he is very much open to a new challenge after struggling to nail down a regular playing time since he broke into Arsenal's first-team under current manager Mikel Arteta.

The England Under-21 star Folarin has cast doubt on his future, potentially placing Liverpool on red alert with the Anfield side open to signing a new attacker.

Liverpool were linked with a summer transfer move for the 20-year-old forward whose contract with the Emirates Stadium side was set to expire then.

But he stayed true to the Gunners by agreeing a new four-year deal at the club in April, therefore putting an end to the exit speculation surrounding him

The New-York born forward had aspirations of being a mainstay in Mikel Arteta's first-team this season after impressing with the club's youth side last season and having a good preseason before the star of the new campaign.

Also, he featured in the club's first two Premier League matches of the campaign. The game against Brentford and Chelsea but did little to prevent the Gunners from suffering a 2-0 and 3-0 defeat, respectively.

But since then, Balogun has been stuck playing for Arsenal under-23s side and is longing for a change. 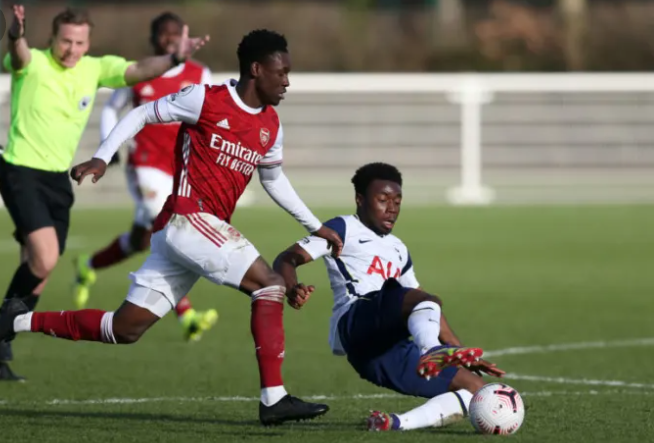 Some have advised the young striker to go out on loan and get more playing time, but nothing has been said about it by Arsenal manager Arteta.

Liverpool could offer the 20-year-old a route out of Emirates, but it is yet to be known if they would be making an offer for him and the kind of offer it would.