VAR: See The Main Reason Why Xhaka's Red Card Against Man City Was Not Overturned By VAR 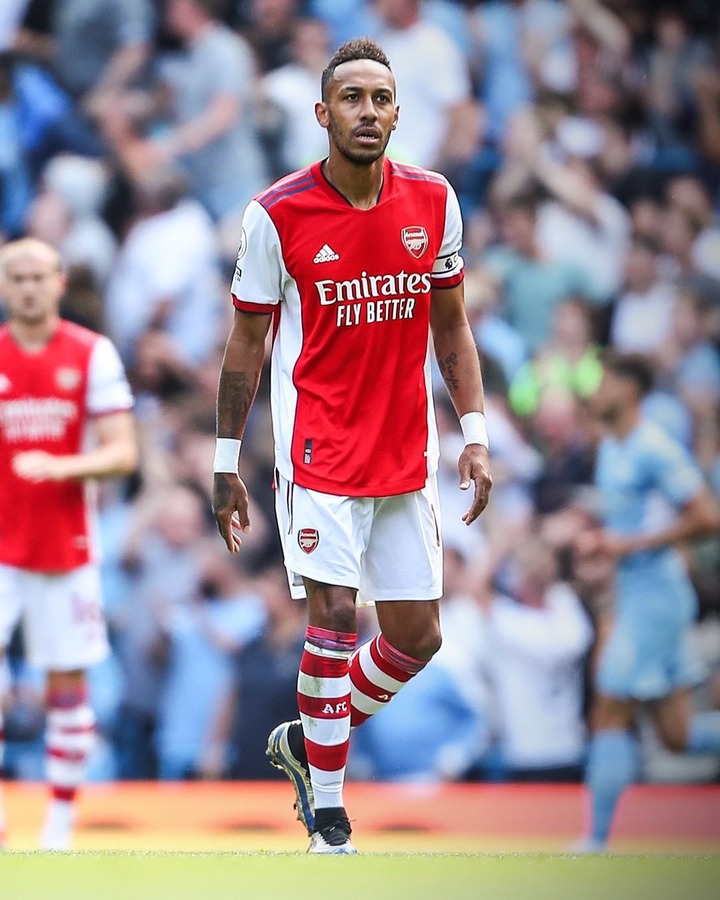 Arsenal's Premier league campaign this season has gone from bad to worst. The Gunners were in the 19th position coming into today's game at the Etihad Stadium but just 36 minutes into the game, they found themselves 2 goals and one man down. That means that Arsenal have now conceded 8 goals this season, without scoring any. Mind you that at the time of filling this report, it was halftime between City and Arsenal so the goals count can go higher in the second half.

While the game is still on, the main talking point from the first 45 minutes is the red card to Arsenal midfielder, Granit Xhaka. The Switzerland international was sent off by the Referee after a poor tackle on Joao Cancello in the 35th minute of the game. 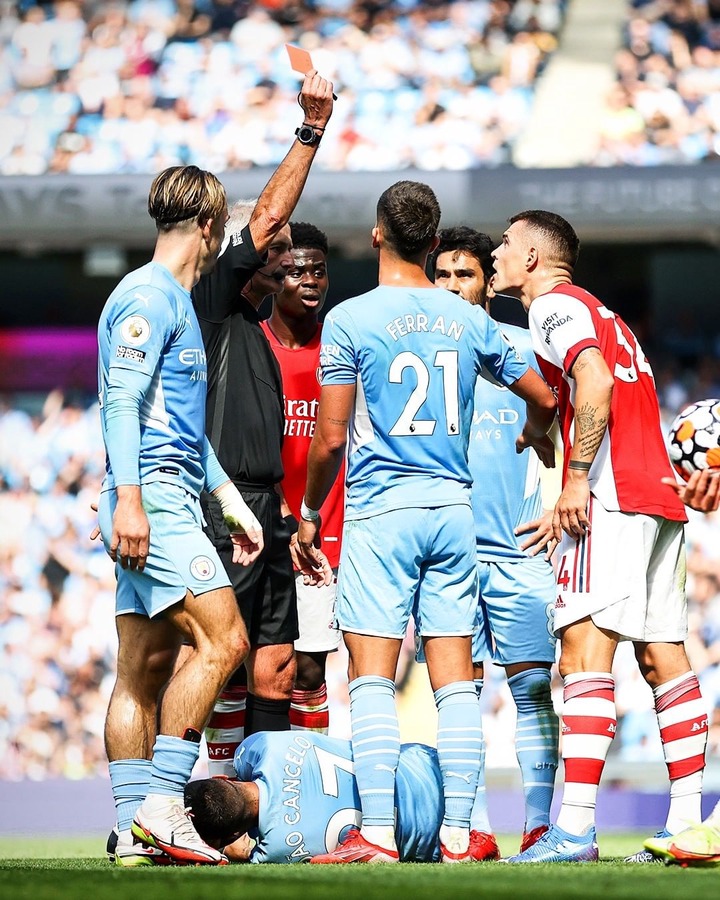 Xhaka had previously been given a yellow card by the referee and once he went in hard on Cancelo, everyone knew that a red card was coming. At first, Xhaka's tackle looked to have caught Cancelo high on his chin but a replay showed that Xhaka barely came in contact with the City defender. In fact, Xhaka missed Cancelo's chin by millimetres and made solid contact with the ball. 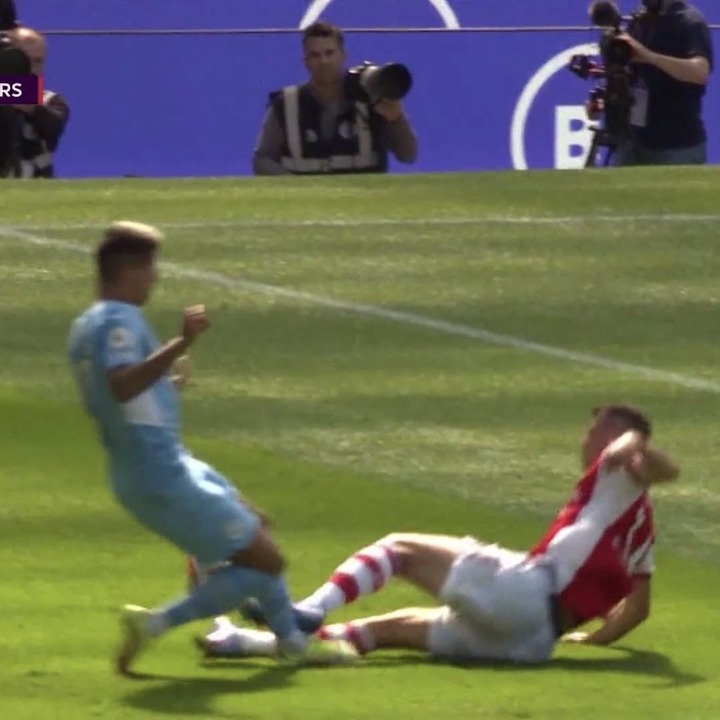 The VAR saw this but did not overturn the decision made by the referee. There can only be one explanation for that and here it is. The Premier league VAR rules has it that a referee's decision in a game can only be overturned if it was a 'clear and obvious' error from the referee. In Xhaka's case, it might've been overturned by the VAR but Xhaka's two legs were off the ground during his tackle on Cancelo. That means Xhaka's high tackle posed a great danger of injury to the opposition player. Tackles like this can send a player to the treatment table for weeks, if not months. Being the experienced player that he is, I expected Xhaka to avoid putting in heavy tackles in the game since he was already on a yellow. But the Arsenal man had other ideas. 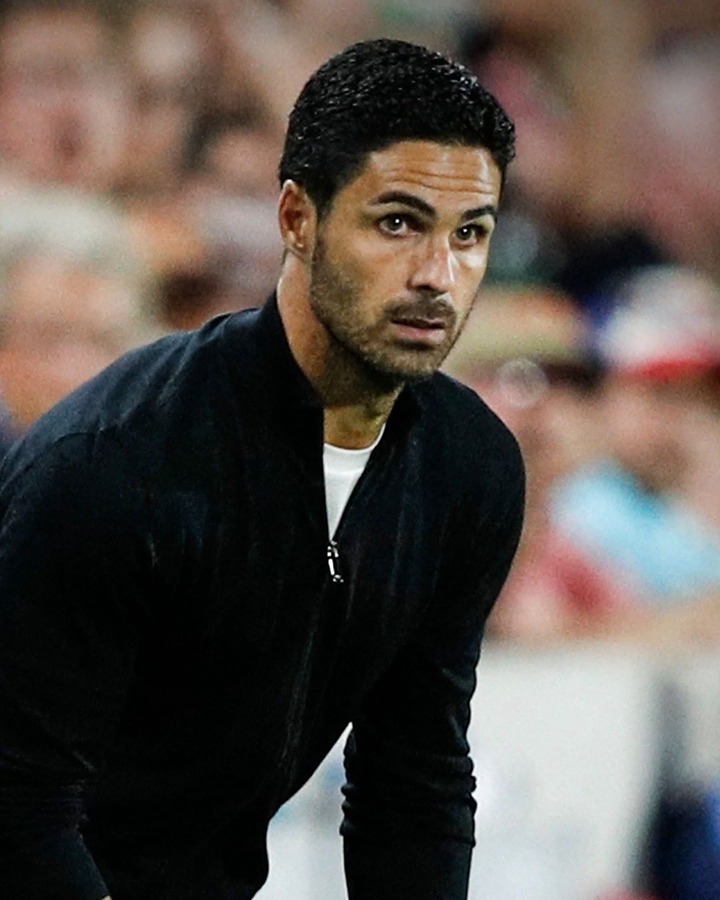 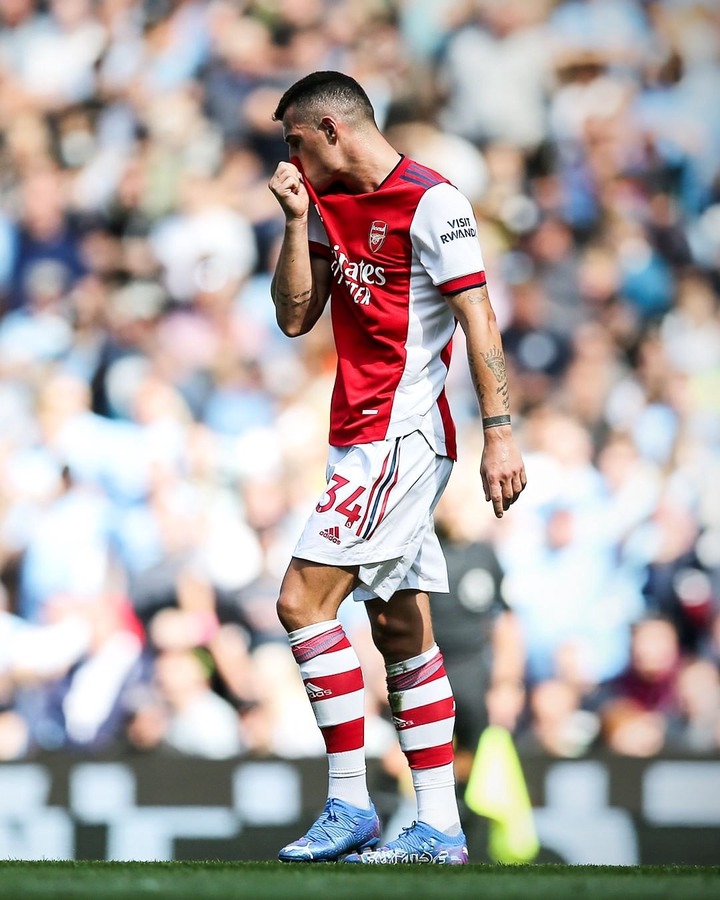 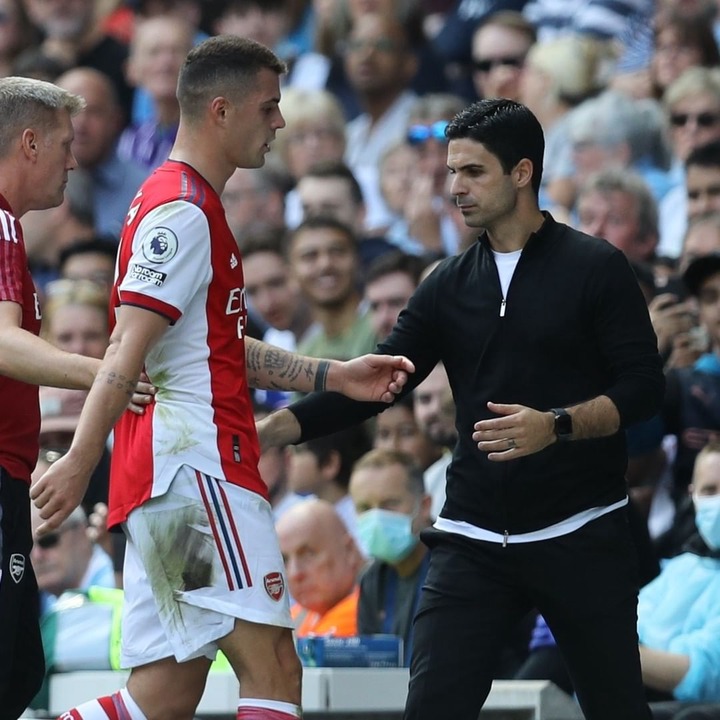 This is not the first time we've seen Xhaka get sent off in a big derby. The Swiss is one of the most reckless midfielders in the premier league today and his reckless tackles has earned him 4 yellow cards since he made his debut in the league. Will he learn from this? Probably not. He might still put in another heavy tackle in another game after he's severed his match suspension. 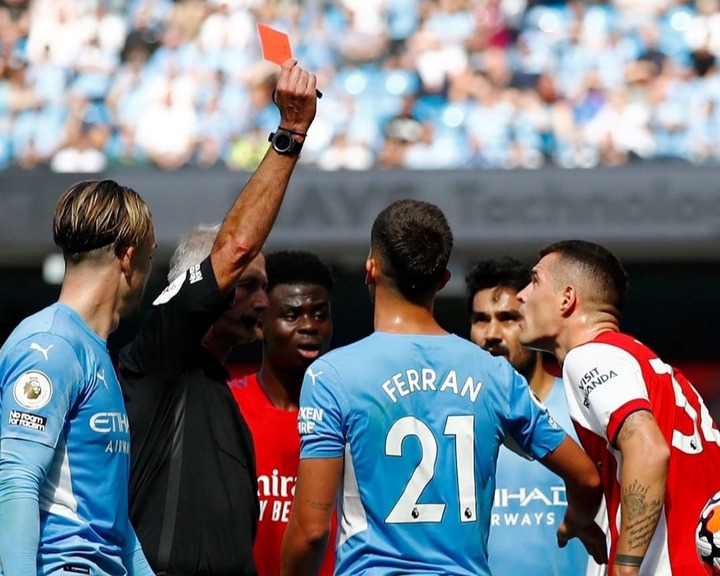