By Fearless1 (self media writer) | 9 months ago

Chelse's 3-0 win over Tottenham on Sunday was the season's most intriguing tactical fight so far. Nuno Esperito Santo's innovative 4-3-3 system, in which Dele Alli and Tanguy Ndombele played as free eights either side of Pierre-Emile Hojbjerg, allowed the hosts to dominate the first half. Harry Kane (who started on the left) and Giovanni Lo Celso both dropped into the middle, overcrowding the area and confusing Chelsea's two-man midfield.

Dele and Ndombele were allowed to control the game as Chelsea's defenders were drawn backwards by Heung-Min Son's surges while Jorginho and Matteo Kovacic dropped onto Kane and Lo Celso; Spurs advanced the ball confidently through the lines, while inside strikers Kai Havertz and Mason Mount appeared perplexed, unable to figure out how to shut off the passing routes. 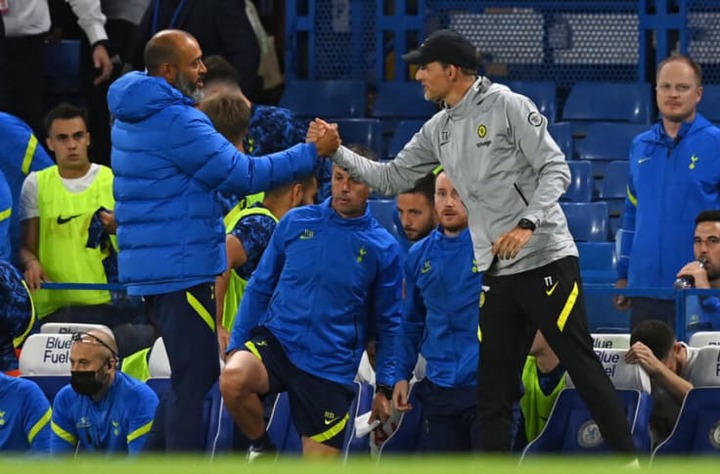 All of this was taken into account by Thomas Tuchel, who made a dramatic half-time switch to alter the course of the game. He switched from a 3-4-3 to a 3-5-2 formation, substituting Mount for Kante and dropping Chelsea into a little deeper and more compact formation. Chelsea took control of central midfield almost immediately, blunting Spurs' possession through the middle, and Kante's driving forward runs were directly responsible for the first two goals. Tuchel gets a lot of credit for reading the game so effectively, despite having the finest central midfielder in the world on the bench. 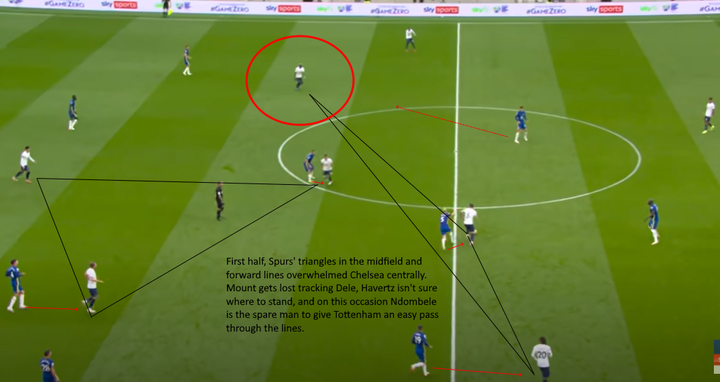 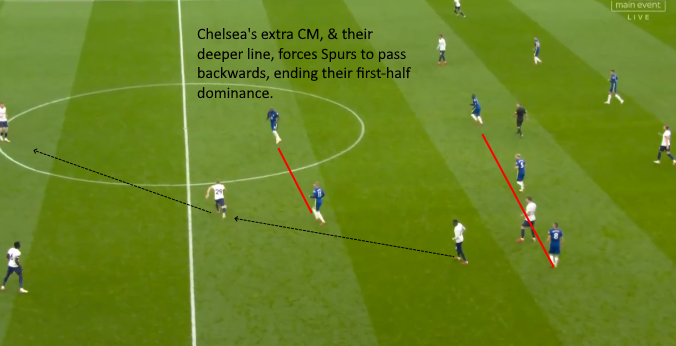 Content created and supplied by: Fearless1 (via Opera News )