Opinion: Real Madrid Could Be Unstoppable In 2022-2023 With This Lineup

By SportSire (self media writer) | 13 days ago

The Carlo Ancelloti's side are planning to reinforce their squad next season, so as to balance their team's all-around performance. As a result, they have been linked with many new talented and reliable players to sign next summer's transfer window. Of course, they released some of their most experienced and talented players in the previous window, so they will undoubtedly want to bolster their squad. 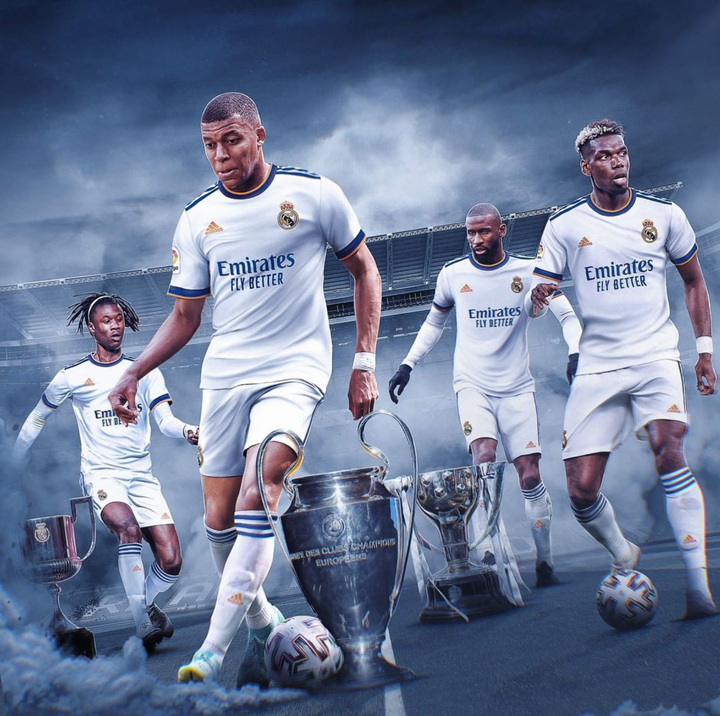 Having said that, Real Madrid could dominate Europe's top-5 leagues in the 2022-2023 campaign, if they sign all their targeted players, because the formation below is balanced and composed in defense, midfield and attack. Of course, the Italian manager is tactical enough to use them wisely, and bring out the best in the players in becoming unstoppable.

Apparently, Thibaut Courtois is irreplaceable at Real Madrid, as he is able and capable of improving the team's display with his saving skills. The Belgian goalkeeper has been balling since joining LaLiga, so Carlo Ancelloti can rely on him next season. The team has been dazzling awfully at the back, due to the absence of Sergio Ramos and Raphael Varane. However, Courtois is expected to boost their performance when the club signs new defenders, especially in next summer's transfer. Under the formation of 4-3-3, the Italian manager goes with setting up four players at the back. Having said that, Ferland Mendy plays as a left-back, Dani Carvajal as a right-back, while David Alaba and Jules Koundé dazzle as centre-backs. Of course, Real Madrid are interested in the Sevilla's man, as they want to sign him in next summer. As a result, the four defenders could be Carlo Ancelloti's standard back-four in 2022-2023, and they are all able to control the defense line. Koundé has been in LaLiga for a while, so he definitely understands their style of play. With that being said, he works hand-in-hand with Alaba, so as to keep enough clean sheets and stop any teams in Europe's top-5 leagues. In all fairness, Luka Modrić and Toni Kroos may not be in the starting XI next season, because of their ages. Obviously, the LaLiga side is trying to surround their squad with young players, having signed Eduardo Camavinga during last summer's transfer window. Therefore, Casemiro deploys as a defensive midfielder, while Paul Pogba and Camavinga play as double No.8. According to some reports, Real Madrid are keeping tabs on the Manchester United's midfielder, as he hasn't penned a new contract at Old Trafford. As a result, he brings many things to the squad's performance from the midfield, the Brazilian single-handedly controls the team's defensive display, while the two Frenchmen play to attack and defend. Apparently, Real Madrid tried to sign Kylian Mbappe last summer, but PSG didn't accept their offer. So, the Frenchman is expected to join the Carlo Ancelloti's side next year, because he hasn't signed his contract extension. With that being said, he boosts the LaLiga side's frontline by playing from the right-wing, whilst Karim Benzema performs as a striker and Vinícius attacks from the left-wing. Statistically, the French central-forward is on fire this season, because he has already registered 10 goals and 7 assists in 10 appearances for Real Madrid in all competitions. So, his combination with Mbappe and the Brazilian in 2022-2023 will take the team's performance to the next level, so as to become unstoppable in Europe's top-5 leagues. Can Real Madrid dominate Europe's top-5 leagues with this lineup?