By OloshoBlog (self media writer) | 2 years ago

However, then-manager Antonio Conte was not the easiest man to work with as he could not understand the 'player's side as a person'.

That is according to Willian, who says that Conte did not understand how to treat different players in different ways and a few Chelsea players had issues with his style. 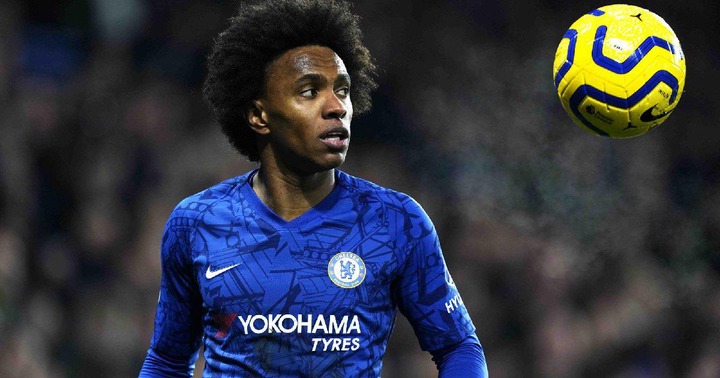 Quizzed about who was the most difficult coach he’s had to work with at Chelsea, Willian answered: "Look, with all the managers I had, I learned. We always learn, regardless of the situation. I already said a few times, I don’t like to keep repeating so as not to create controversy.

"But I was champion with him, I learned some things from him, but I had difficulty with him… it was Antonio Conte. I believe other players too," the Brazilian international told Ale Oliveira on his Youtube channel.

"Not the way he was managing. Nowadays the coach has to be a manager too, he has to understand the player’s side as a person and as a professional. You have to understand that one player is not the same as another.

"So he didn’t have that understanding and so he ended up having a little difficulty. But that was basically it."

Conte was sacked by the Chelsea board despite delivering the club the Premier League title in his debut season and then winning the FA Cup in 2018 by beating Manchester United in the final.

Things were never rosy between the Chelsea players and the Italian international - both parties are better off now with Conte managing Inter Milan, and club legend Frank Lampard leading a young team of Blues now.

Content created and supplied by: OloshoBlog (via Opera News )