By GistCrib (self media writer) | 1 year ago 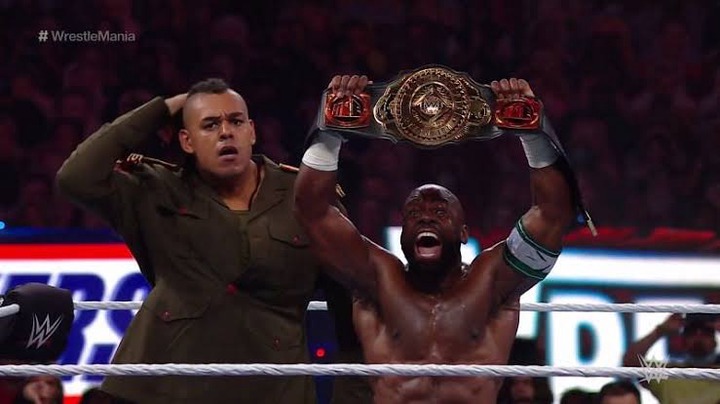 Day 2 of Wrestlemania featured Intriguing Battles and was quite a Spectacle as WWE gave the Fans a Wonderful Show. It was the first time in over a year where Fans were allowed back in the Arena, after the Deadly Pandemic affected the whole world.

The Intercontinental Championship was to be defended as Big E (Champion) faced the Challenger, Apollo Crews in a first ever "Nigerian Drum Fight", a match stipulated by the Nigerian Wrestler who aims to win the Championship. The rules had it that its a No Disqualification Match and involved Drums which could be used as Weapons in the match. 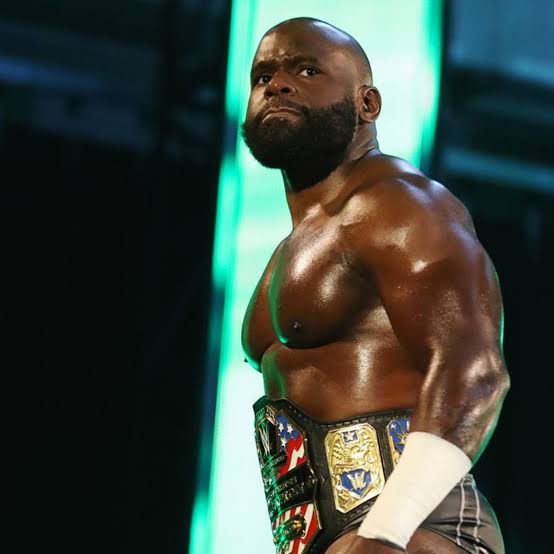 Big E seemed to have an Upper hand in the match after Apollo Crews Missed a Frog Splash, crashing through the Table, with Big E capitalising to Land a "Big Ending" on Crews, only for someone to Interfere, Planting him with a "Chokeslam", aiding Apollo Crews to Win the match and Become the New International Champion.

The Identity of the Man who Interfered in the match is Babatunde Aiyegbusi, Professionally known as "Dabba Kato. He is 32 years old from Nigeria.

Babatunde is a WWE Wrestler, singed into the company among the 2016 intakes from the WWE Performance center. The former American Football Star was drafted to Raw in October last year but failed to make Grand Appearances. His biggest appearance came in the Royal Rumble of 2018 held in Saudi Arabia where he was eliminated by Braun Strawman. 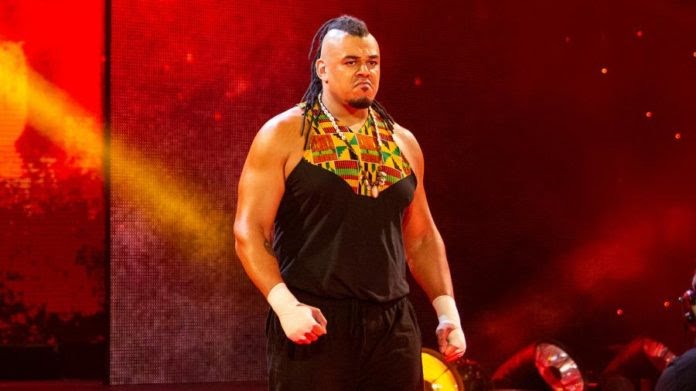 His major stints came in the WWE Raw Underground version where he had a Run of wins only to be Halted by Brawn Strawman again. He is yet to make another Appearance until last night where he Helped Apollo Crews Defeat Big E for the Title.

What else does WWE have in Stock for the Nigerian Wrestler?

Content created and supplied by: GistCrib (via Opera News )