LALIGA: 3 Barcelona Youngsters Who Could Wear The No.10 Shirt After Lionel Messi

Apparently, Barcelona's No.10 jersey still remains vacant after Lionel Messi's exit from the club, and they haven't found an ideal candidate to replace the Argentine wizard at Camp Nou. Without a doubt, the shirt number is full of responsibility, as not all the players are able and capable of performing amazingly and outstandingly with it. According to several reports, it's been said that the Blaugranas have approached both Sergio Agüero and Philippe Coutinho, to take the No.10 shirt. However, they both rejected the jersey, because they didn't really have the ability to take the responsibility. In other words, as Miralem Pjanic may leave Camp Nou this summer, the Brazilian could take the No.8 shirt while Lionel Messi's number will be vacant for the entire 2021-2022 campaign. As a result, there are three Barcelona youngsters who could take the No.10 shirt, mainly because they are mostly the Blaugranas academy players. Aside from that, the Ronald Koeman's side can depend on their abilities and capabilities, as they all have a bright future in the football industry. Barcelona didn't prepare for Lionel Messi's exit this season, but they still have to build the team in his absence.

Traditionally, the shirt number is given to the team's playmaker or star attacking midfielder, like a player who revolves himself around vision, passing skills, technique and the ability to read the game. Without a doubt, the three young players possess some of the mentioned qualities, so they are able to wear the jersey at Camp Nou. 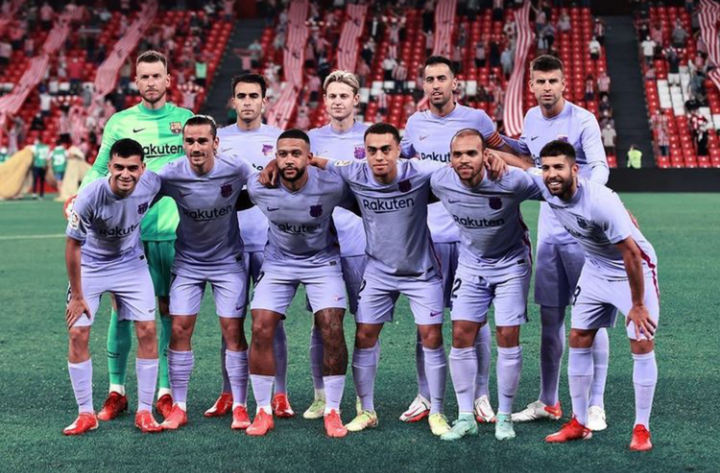 Franky, since Marcus Rashford can successfully wear Manchester United's No.10 shirt as a youngster, the Blaugranas can definitely count on the footballers below. As a matter of fact, most of the youngsters have been predicted to take after the Argentina captain at Barcelona. As a result of that, one of the young players below could become the Catalans' new No.10 in 2022-2023. The Austrian wizard is just 18-year-old, but he has already shown his ability and capability during the pre-season. Actually, most football fans usually call him "Austrian Messi", because of how he used to dribble and find space for his teammates on the pitch. He registered an assist against Juventus in the Joan Gamper trophy game, and he scored against Stuttgart during the pre-season. Obviously, Yusuf Demir has a colorful future ahead of him, having seen his display in the football world at the age of 18. Certainly, he is able and capable of wearing the No.10 jersey, because he's already aware of the responsibility that comes with it. In addition, Barcelona planned to let him play with their youth team, but Ronald Koeman intentionally wanted him in the senior team. Of course, he has the potential to become the Blaugranas' next playmaker. At the age of 18, the Spanish youngster has already established himself at Camp Nou, as regards his performance since he made his senior debut. Statistically, he has played 75 games since the start of the 2020-2021 campaign, more than any other player in Europe's top-5 leagues. Of course, Pedri has already saddled himself with a whole lot of responsibility, especially after how he dazzled during the 2020 European Championship. Apparently, the young player plays a massive role in Barcelona's squad, as he performs better at creating chances in the midfield. As a matter of fact, the Ronald Koeman's men usually display awfully in his absence. Having said that, Pedri González could wear the No.10 jersey at Barcelona in the 2022-2023 season, as the club is planning to extend his contract until 2026. Without being sentimental, the Barcelona academy product made his senior debut at the age of 16, and he single-handedly broke many records in LaLiga and Europe's top-5 leagues. Both the club and Ronald Koeman believed so much in Fati's potential, as they viewed him as an ideal replacement for Lionel Messi. Since the No.10 role is vacant in the squad, Ansu Fati has the quality to take the wheel, having seen how he surprised many football fans before he was injured last year. Actually, replacing the 6th Ballon d'Or winner at Camp Nou won't be easy for any player at the club. However, the Spanish international is indeed a promising playmaker, and he could take the team to the next level in the future.

Which one of these players can wear the No.10 shirt at Barcelona?