Two Worrying Statistics About Ramsdale That Arsenal Fans Should Know About

By Pablo3 (self media writer) | 5 months ago

Arsenal just made two signings this week and they are both Odegaard and Ramsdale. Ramsdale was a former goalkeeper for Sheffield United and Bournemouth. These are the two statistics that arsenal fans should be worried about and they should know about them. 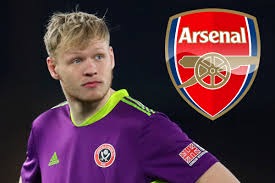 1. He was relegated with Bournemouth: In the 2018-2019 season, one of the most interesting teams in the league was placed in the 18th position after playing 38 games. When they got to the championship, they sold most of their players. Fraser and Wilson were sold to Newcastle and Ramsdale were sold to Sheffield United. 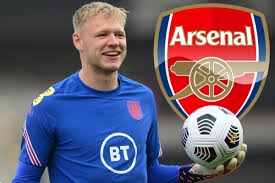 His performance could not save Sheffield United.

2. He got relegated with Sheffield United: A team that took everybody by surprise after they finished 6th in their first season in the Premier League but suffered a major setback. They won only 6 games, but out of these games, they beat Manchester United and Newcastle.

Ramsdale's performance was not enough. He was invited to England for Euro 2020 but did not take part in any games. He was signed for €30 million, which is a good deal for Sheffield. He is likely to be a long term replacement for Leno.

He will do his medical very soon and he will be announced by the club. There are 11 more days until the end of the transfer window and Arsenal can still sign more players. They want to at least get a chance to compete for silverware next season.

He only made one penalty save. Arsenal fans will be expecting so much from him. A goalkeeper with that price tag should be able to compete for the starting 11 because he is just 22 years old. Arsenal will play against Chelsea on Sunday, but Ramsdale will not be available.

But in the coming fixtures, he is expected to start.