By kfayiga (self media writer) | 2 years ago 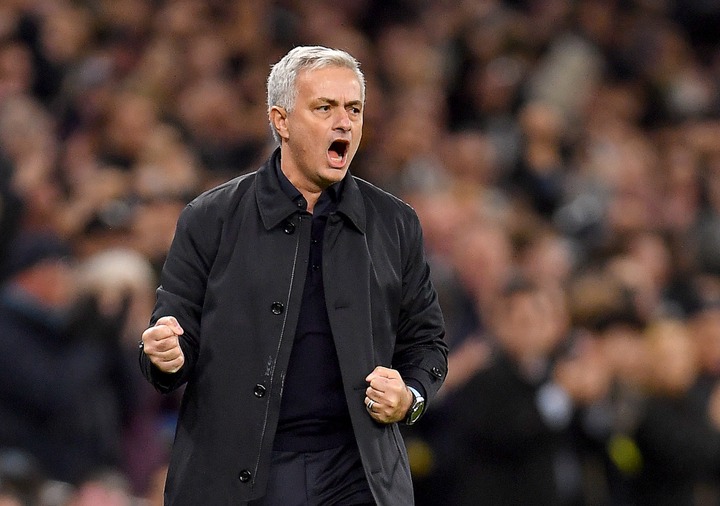 Jose Mourinho might have suffered a terrible defeat to his former club Chelsea under the watch of his former player Frank Lampard, but you could sense that Tottenham Hotspur would readjust against Brighton and Hove Albion on Boxing Day.

The Seagulls took a first half lead from Adam Webster, but that would not deter Mourinho’s side from staging a comeback and they did thanks to Dele Alli and Harry Kane.

The result has moved Spurs within three points of the Blues in the race for the top four and Mourinho is very intent to make a statement in north London. 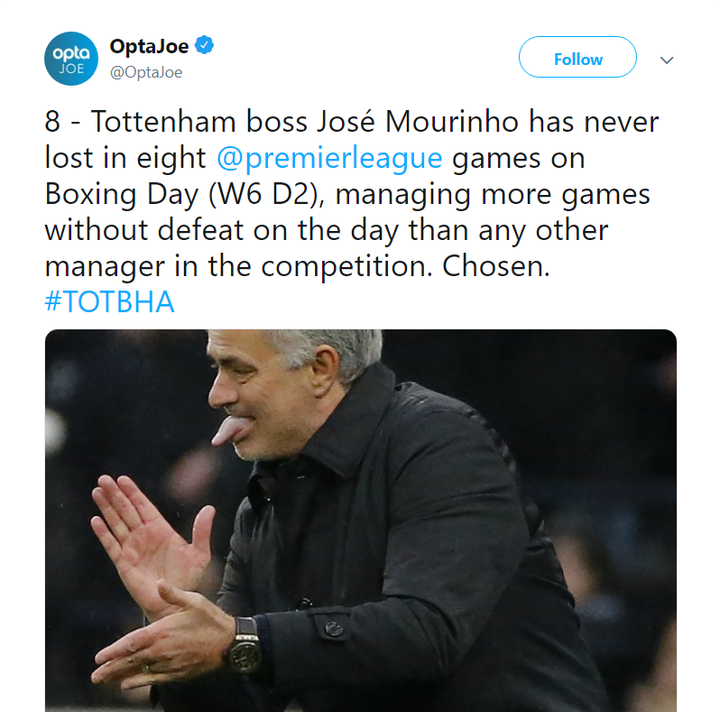 Many still consider his appointment as a draw back in his glittering career of winning 25 major trophies. If there’s a man confident of achieving success anywhere he goes, it’s Mourinho.

That said, the victory over Brighton has stamped the Portuguese manager’s name in Premier League history once again.

Boxing Day is a significant day on the league calendar because it means players will be in action while others are relaxing enjoying the Christmas holidays.

Well for Mourinho he always demands the optimum from his players and the result of this is that he has never lost a game on Boxing Day in eight fixtures, winning six and drawing two. 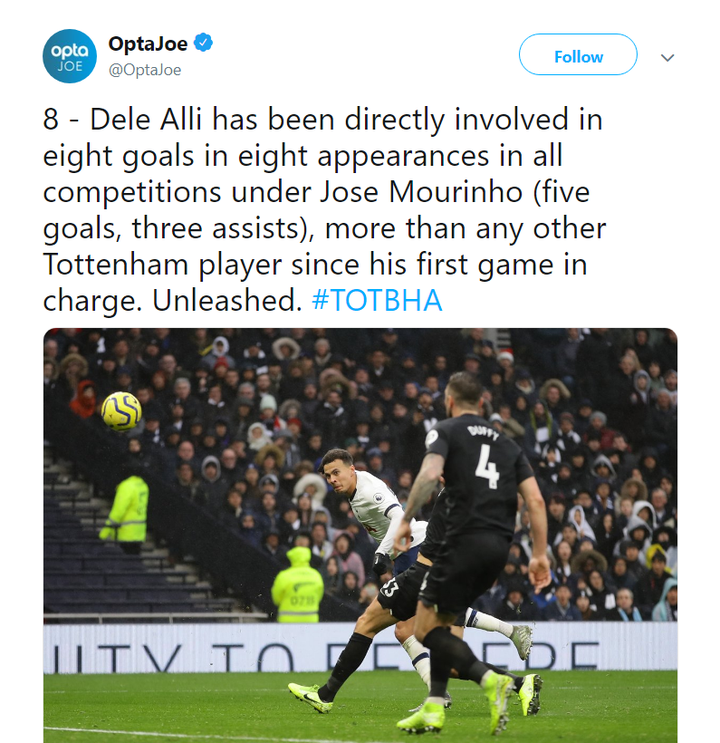 This makes Mourinho the manager to have overseen more games on Boxing Day without knowing what defeat is like.

It’s another proof of the brilliance of the former Real Madrid man and as stated earlier, he’s always keen to make an impression that he is truly the “Special One.” Asides from Mourinho making further history, goalscorers Alli and Kane had some records of their own.

The former has now been involved in eight goals (five goals, three assists) in all competitions, the highest tally of any Spurs player since Mourinho arrived. That’s a massive improvement of someone who had been largely under the shadows for some time.

The later meanwhile has bagged eight goals on Boxing Day, with only Robbie Fowler having more on the day. Astonishingly, Kane has achieved this in just five matches. Tottenham Hotspur mean business even if certain setbacks occur, and you can expect more records along the way.

Read more from Kunle by downloading the Opera News App

Search and follow kfayiga on the Opera News App

Content created and supplied by: kfayiga (via Opera News )