How Good Is Benrahma? Chelsea's Potential Replacement For Willian

By Harbdul"Six" (self media writer) | 1 year ago

Brentford were on the verge of ending their 73-year long wait to compete again in England’s top division. The team’s dream of entering the new stadium as a Premier League side was shattered after they lost the Championship Play-Off Final to Fulham. Despite missing out on the promotion spot in such devastating fashion, the West London club were arguably, together with Leeds, the most entertaining team to watch. One of the driving forces behind Brentford’s ferocious attack was the Algerian international Said Benrahma. 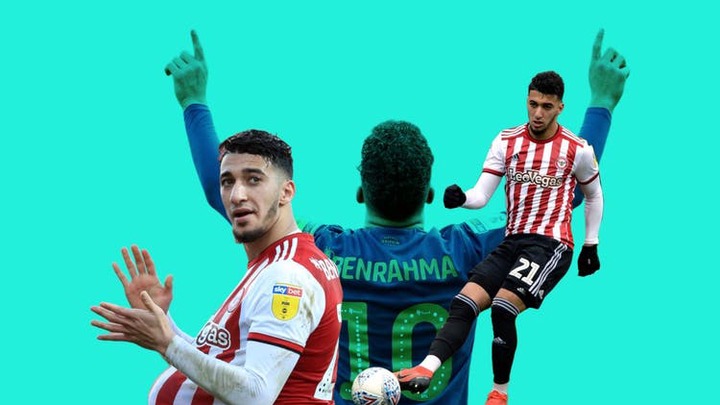 Brentford had a truly remarkable season, ending up as the Championship’s top-scoring team (78 goals), averaging 1.70 goals per game and scoring every 53 minutes. Their front three of Benrahma, Ollie Watkins and Bryan Mbeumo scored 59 of 78 Brentford’s total goals, making them a devastating attacking trio. But out of the three, it was the Algerian Benrahma who truly outshone everyone in the Championship last season.

The left-winger scored 17 goals (21. 8% of Brentford’s total goals) and assisted nine times for Brentford, and produced 11 Man of The Match performances. He averaged a goal or assist every 136 minutes and created 12 big chances in 43 appearances.

His importance for Brentford is reflected when looking at the average number of touches made per game. The Algerian winger averaged 62.1 touches per match subsequently converting them into 3.1 successful dribbles (55% success rate).

Statistically, Benrahma was an outstanding performer; but what impresses even more is that his actual player profile cannot be ideally conveyed in numbers.

Statistics aside, Benrahma can be defined as an all-round winger with a practically complete skillset.

Although officially portrayed as a left-winger, Benrahma can easily play anywhere across the front three line. Most of the time, he starts off on the left, but then drifts inside onto his right foot. However, he is not a typical right-footed winger playing on the left who always looks to cut inside on his stronger foot. Benrahma is also comfortable going on the outside and beating his opponents one-on-one from the left side as well as playing hard, low crosses into the box with his left foot.

The Algerian can also drop deeper into more central positions and operate as a central attacking-midfielder or deep playmaker. His space-awareness and scanning of the pitch allow him to see the pitch at full view from where he can be even more dangerous. 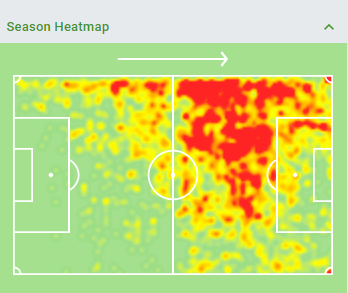 In terms of individual skill, this is where Benrahma excells. The Algerian winger is a nightmare for any full-back, with immense dribbling skills and the ability to twist and turn left and right using quick foot movements. This element of trickery and superb close ball control enable Benrahma to get out of tight spaces even when surrounded by two or three opponents. Subsequently, it drags the opponents out of position, thus creating space for teammates to run into.

A further fascinating about the Algerian is his ability to run with the ball at pace without looking at it, which enables him to scan the area and pick the right passing option. In this particular sense, Benrahma is very similar to Eden Hazard, who also possesses an unbelievable ability to twist and turn and then make bursting runs carrying the ball from the centre of midfield to the opposition’s final third.

Benrahma’s tiny frame and low-centre-of gravity allow him to manoeuvre with the ball without losing pace and change the direction of the movement quicker. Additionally, the Algerian likes to do little fake movements, creating an impression for the opponent that he is about to shoot or make a pass which fools the opposing player and provides more time on the ball to assess all options.

The Algerian also offers a decent passing range. He is able to play various types of through balls, simple but effective one-twos and occasionally produce a lobbed pass over the top of opponents’ heads.

Obviously, like any other player, Benrahma is not flawless. Despite his dribbling ability and skill on the ball, he tends to lose the ball rather often (21.4 times per game) and was the 5th most often dispossessed player in the Championship last season. It would be fair to say that this is the consequence of his playing style; however, to be classed as a world-class winger, Benrahma definitely needs to work on this aspect of his game. 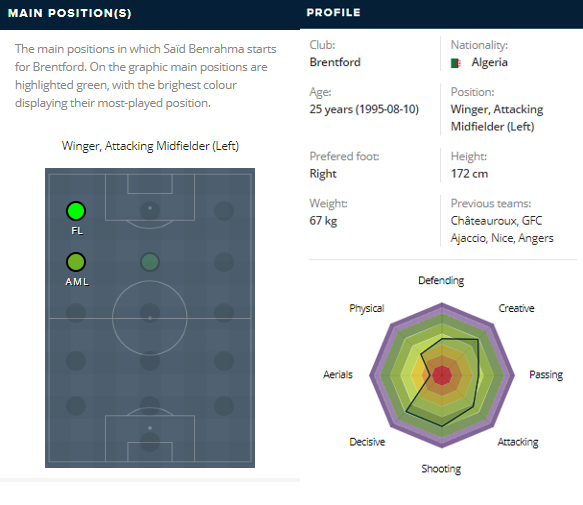 Is Benrahma ready to shine in the Premier League?

A simple and straight forward answer would be – yes. Benrahma’s individual quality would shine through no matter the circumstances as players like him cannot simply go unnoticed. However, if the Algerian does join the Premier League club, the team’s playing style and its overall strength might possibly be the defining factors concerning Benrahma’s opportunities to shine. 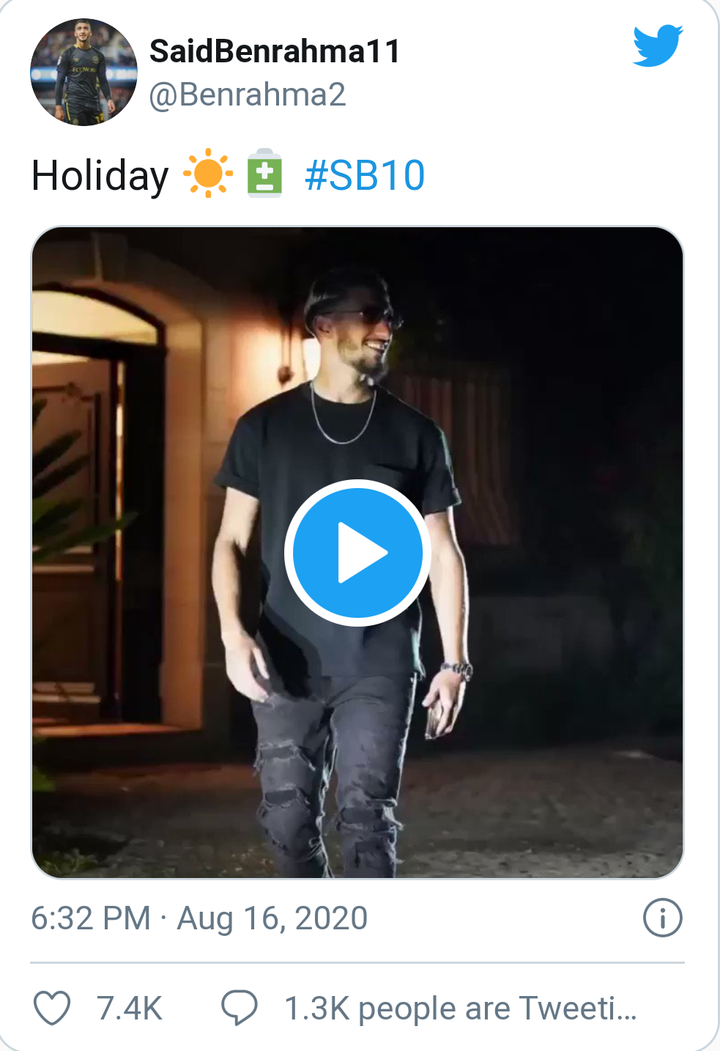 Leeds United, Chelsea, Arsenal and Aston Villa have shown the most interest in signing this newly established Algerian diamond. After Brentford’s disappointing and unsuccessful end to a brilliant 2019/20 Championship campaign, Benrahma is unlikely to stay at the West London club. Coming from the Championship club, Benrahma’s current transfer value is set at £30 million, which would be an absolute bargain for pretty much every English Premier League club

Content created and supplied by: Harbdul"Six" (via Opera News )