By dey_vhid (self media writer) | 2 years ago 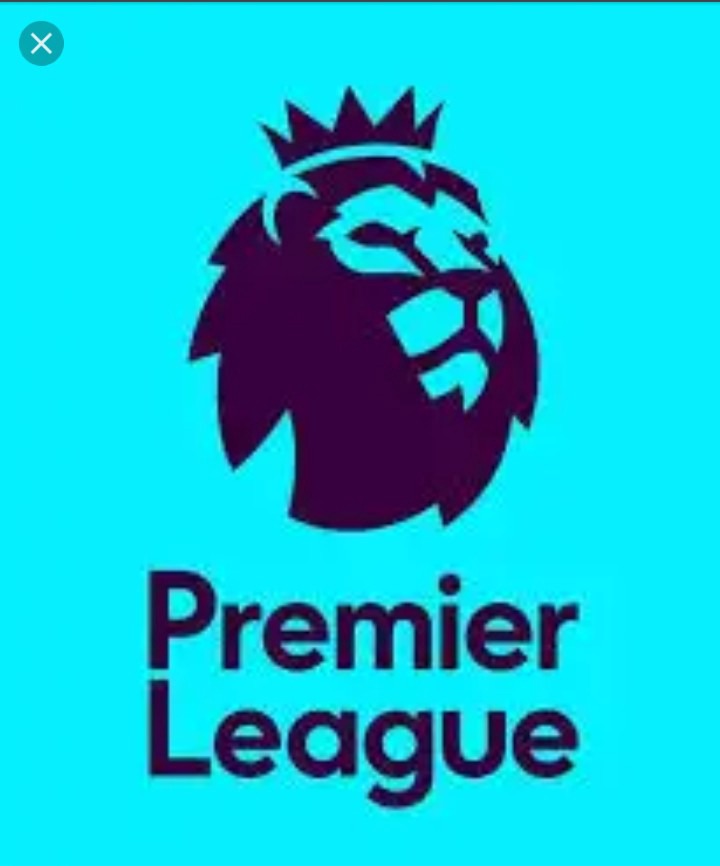 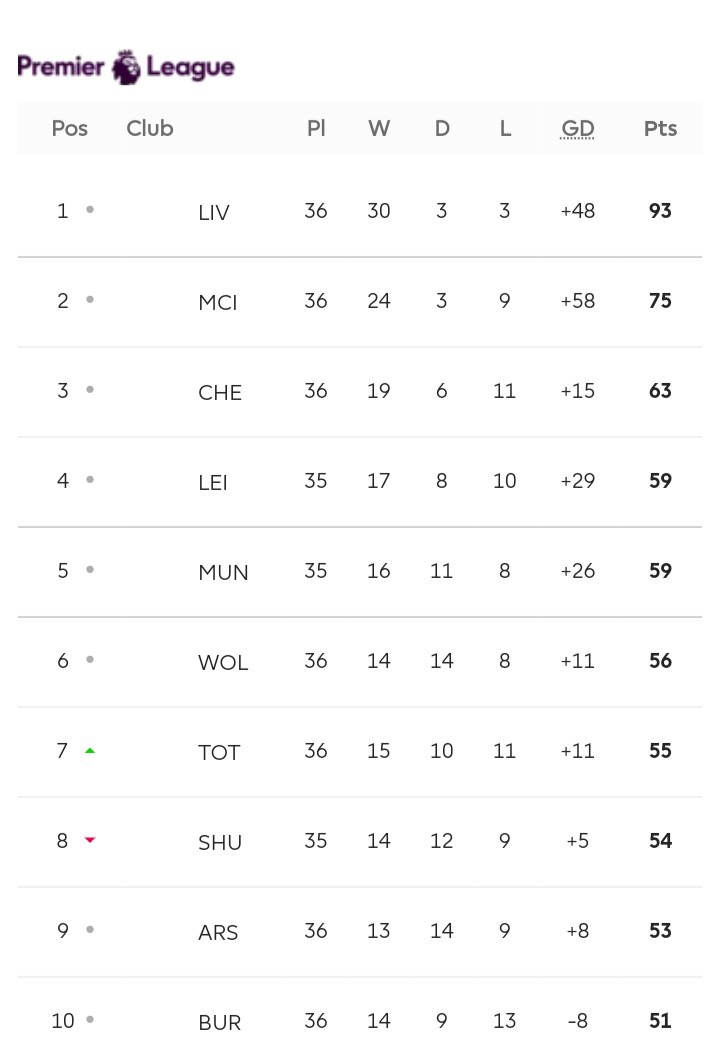 After chelsea's win against Norwich, they have further solidified their position as third which gives them hope for champions league spot......here their remaining league games these matches are tough as they would have to give their all against league winners Liverpool, who have been in a very bad form and would be looking to go back to winning ways. They also face wolves who had been wonderful this season and are also looking to play European football next season.

Manchester united- After a disappointing game against Southampton which cost them the third spot, they would look to get all three points if they are to qualify for next season's champions league 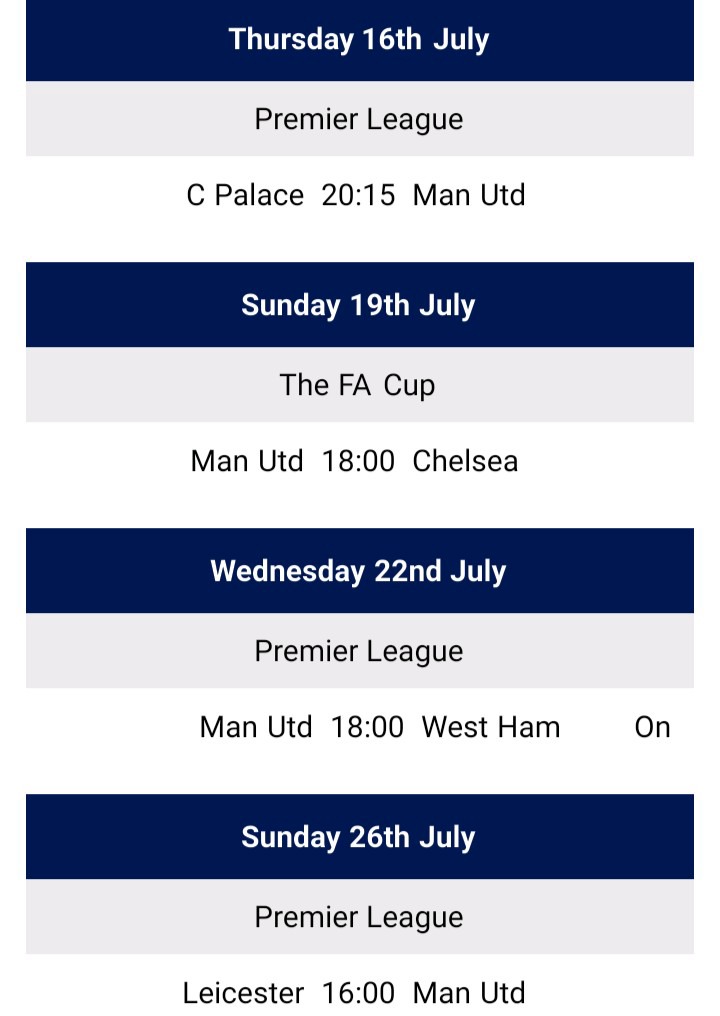 They face a struggling crystal palace, almost relegated west ham and a poor form Leicester city..but as they say in football.... nothing is impossible..... They would need to up their game inorder for them to book their place in the top four spot.

Leicester city- this side has been in poor form after the long break loosing 4-1 to Bournemouth last week... They have just two matches left in the league and they would be looking to secure a top four spot

The battle for champions league in the English premier league is hearing up as the league comes to and end.....

What team do u think would qualify....leave ur comments

Content created and supplied by: dey_vhid (via Opera News )