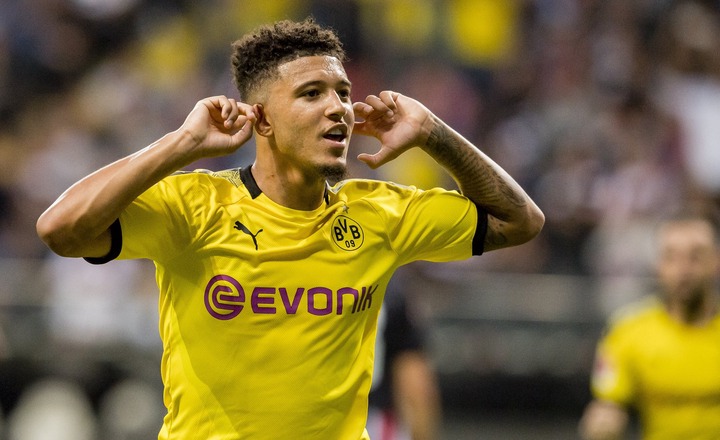 Sancho is aware of the interest he is generating, but claims to have made no decision when it comes to his long-term future.

“I don’t know what to say to that,” he told World Soccer Magazine when quizzed on the exit talk.

“You never know what could happen, so we will wait and see.”

2 of our top 5 offensive players gone off that list 😬

Not like in 2018 we spend almost £170M , yea it was Coutinho money but we can't expect a Sancho or Mbappe every summer.

Liverpools owners arent the worst like we will spend however we dont want to be spending £60M every window.

This summer we should be looking for a CB , LB ...

Nah youre just fucking idiot. Why would we prioritize wingers when our midfielders cant even create chances you fucking retard lmao. Lmao united playing europa league next season. Sancho wont even go to that shit varchester united. Idiot

Playing football is just a job these days.luke Shaw is a chelsea fan and still plays for man u.john Terry s family should man u fans probably.sancho can support which ever team and play for any we all know only man u can afford him.

False news.. Manu first will secure Sancho transfer then a midfileder. Striker is not in option as they kept Ighalo.

You lot should get Zaha he’s good and will be pretty cheap as well compared to Sancho, Chiesa is also a good shout to be fair.. He’s pretty young too

Nobody is disrespecting him dude. Kai, Mbappe and Sancho are the highest rated youngsters in the world. I would say with a bit of work Saka, Martinelli and Greenwood will be up there soon.