By PhenomInx (self media writer) | 10 months ago

Clement Lenglet arrived at Barcelona in the summer of 2018, ahead of the 2018/19 season. The Frenchman was signed from Sevilla in a deal worth €35M. The Sporting Department signed Lenglet to be a back-up defender to Samuel Umtiti who was on an amazing run of form in the 2017/18 season. However, Umtiti's prevalent injury crises twisted the plot in Lenglet's favour, and the ex-Sevilla man became a starter for most part of the campaign.

Clement Lenglet in over-performed expectations placed on him in the 2018/19 season. The Frenchman's defensive abilities was impeccable and outstanding, ranging from his well timed tackles, prowess in 1v1 situations, closing down possible attacking outlets and importantly playing the ball out from behind. Being left-footed, Lenglet came in handy anytime Barcelona needed to start the build-up from the back, as his range of passing was also flawless. Clement Lenglet was an all inclusive plethora of attacking and defensive advantages in his debut season.

However, after "the night at Anfield" when the spectre walked straight from the silence of doom and slipped into the castle of bloom. Other Barcelona defenders had most of their confidence level dropped in the 2019/20 season, then Lenglet stepped up again. The Frenchman was Barcelona's best defender for most parts of the season, improving most aspects of his game. His attempted long balls were cast with the precision of the surgical blade cutting through the muscle fibres of the skin of a pregnant woman; notably his assist to Antoine Griezmann against Eibar. The defender also contributed immensely, scoring headers from corners on several occasions. The confident leap to head home crosses from corner kicks was amazing and aesthetic to see.

However, Clement Lenglet's time in nirvana didn't last too long. The match against Bayern Munich floored the defender's confidence level and he has yet to recover. The 2020/21 season was a whirlwind for the Frenchman. The player has lost his confidence in tackling opponents and often resorts to shirt pulling. The red-card against Celta Vigo, the penalty given away in the Clàsico for a pull on Ramos, and the penalty given away at Cadiz in the 1-1 draw which punctured the tube of Barcelona's league title hopes. Not to forget the countless moments of poor positioning, notably playing a crucial role in the Spanish Super Cup loss to Athletic Club.

The club have placed him on the market, but the player wants to continue and prove himself worthy of the Blaugrana colours. Lenglet is stepping into his prime and still a statement to make with his performance. He is on considerable wages and considering the shortages of left-footed CBs and Umtiti's level, having him in the squad won't be a bad idea, not as an absolute starter except he earns his place. 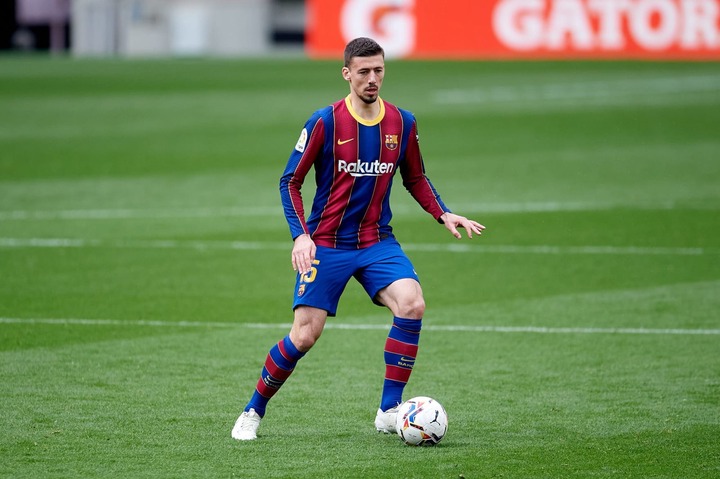