The Premier League game against Brentford which Chelsea won 1-0 away from home was Ruben Loftus-Cheek's second consecutive start for Chelsea this season. Judging from his performances, it appears he has rediscovered his pre-injury form as he played well in both games. However, there is one aspect of his game he still needs to work on. If he gets it right it will be more difficult for Thomas Tuchel to drop him. 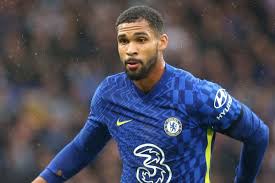 For me, the 25-year-old midfielder showed in both games that he is as good as Matteo Kovacic when it comes to dribbling and running with the ball. According to Squawka Football, in the game against Brentford, he had 100 touches of the ball which was the most, he contested 22 duels, recovered the ball 13 times, won 5 fouls and had 4 take-ons. He was the most in all those stats yet he still made 4 clearances and 3 tackles.

Those stats showed he played well against Brentford. However, the only problem is he seems not to know when to pass to a teammate who has made a run behind the opposition defense or to a teammate who is in space. Too often he runs with the ball 3 to 5 seconds too much and the opportunity he created by dribbling past the opposition midfield is gone.

This happened several times in the two games he started. Timo Werner would make a run but Loftus-Cheek will not release the ball on time. Based on the stats revealed by Squakwa Football, that is why he won so many fouls and created no chance against Brentford.

Loftus-Cheek has strength, if he can improve on that aspect of his game, he could be as good as former Manchester City midfielder Yaya Toure who was almost unstoppable when he is running with the ball. For me, on Loftus-Cheek's current form, the only difference between both players is that Toure knew the right time to pass the ball while Loftus-Cheek doesn't.