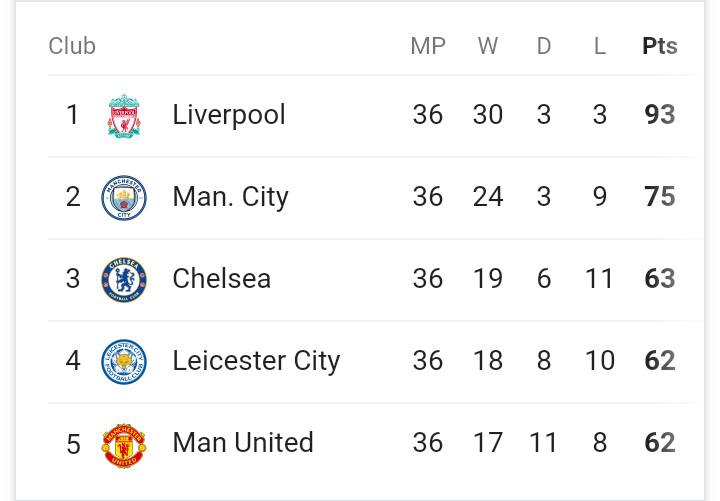 Liverpool Football Club (FC) currently tops the list on the English Premier league table and as the customary protocol to be followed by the football coalitions, the team that tops the premier league table after all the match features have successfully been played by the various teams in the tournament.

This makes Liverpool the rightful owner of the EPL cup for the 2020 football season with a leading point of 93 (a stronghold position for the team), while the second position goes to Man City (75 pts) and the third place to Chelsea (63) leaving the Manchester United FC to continue claiming the fifth position on the table. Liverpool will play with Chelsea on the last match, though this final match is not a determinant of the winner because, whether Chelsea FC wins the match or not, Liverpool still gets to take the English Premier League Cup.

Therefore it is a sealed deal for the Liverpool team because the cup will be officially presented to them immediately after the match with Chelsea. 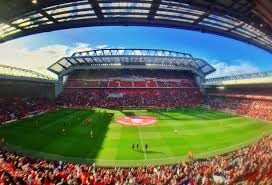 And due to fact that the match is scheduled for the popular Anfield Stadium, this will therefore be the venue for Liverpool FC to receive their EPL Cup after many years of their last winning.

Anfield is the football arena in the city of Anfield, Liverpool, Merseyside in England, and it has a total seating capacity of about 54,074, making it the seventh largest football stadium in England. It is the home of the Liverpool Football Club since 1892.

Though there would be limited fans to celebrate with the team due to the Covid-19 pandemic restrictions on public gatherings, many would still be allowed inside the Anfield stadium where the team will claim their right to the premier league cup.