Edge Or Bryan Could Win The Match Tonight

The triple-threat match between Universal Champion Roman Reigns vs. challengers Edge and Daniel Bryan is everything that's great about WWE. They cracked the code on Reigns by turning him heel and aligning him with Paul Heyman last year. Edge who returned at the 2020 Royal Rumble, had a cinematic street fight with Randy Orton at WrestleMania 36, tore his tricep, returned to win the 2021 Royal Rumble from the No.1 position and later declared at the Elimination Chamber to challenge for the Universal title at WrestleMania. 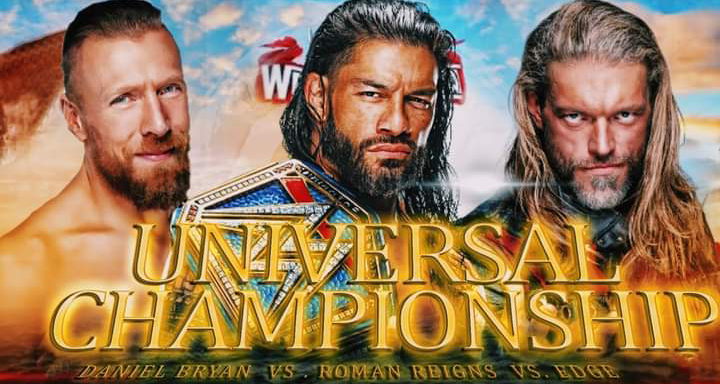 The addition of Bryan was much needed because of the lack of excitement surrounding a singles match between Reigns and Edge. WWE Creative assumed they were creating an iconic match when they booked Edge vs. Reigns, but wrestling fans didn't care nearly as much as Vince McMahon hoped.

Roman says at Wrestlemania he's gonna wreck and smash Edge and Daniel Bryan, and they will have to acknowledge him when the night's over.

Truly, Reigns’ recent run has been the best of his career but WWE might want something more shocker in deciding who to walk away as champion on Sunday night, and this feels like Edge’s official redemption moment. Just guessing!

Edge has really put the story over the top as the guy who started out simply trying to achieve a dream of making a return and winning back the title he never lost to letting that corrupt him when Bryan started standing in the way of it. However, the Roman Reigns who will do anything to keep his spot at the head of the table. It’s made for an interesting dynamic, don't you think and the three of them should deliver a good match to top off the story. 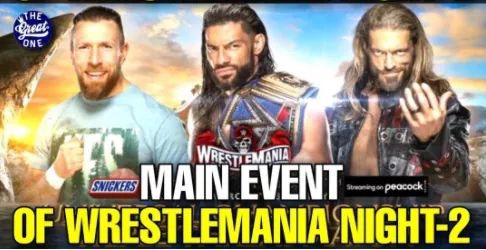 Who knows who will win? It's unpredictable. It goes down tonight. The only match I’m really looking forward to, is the main event of night two, I cant wait for this match.