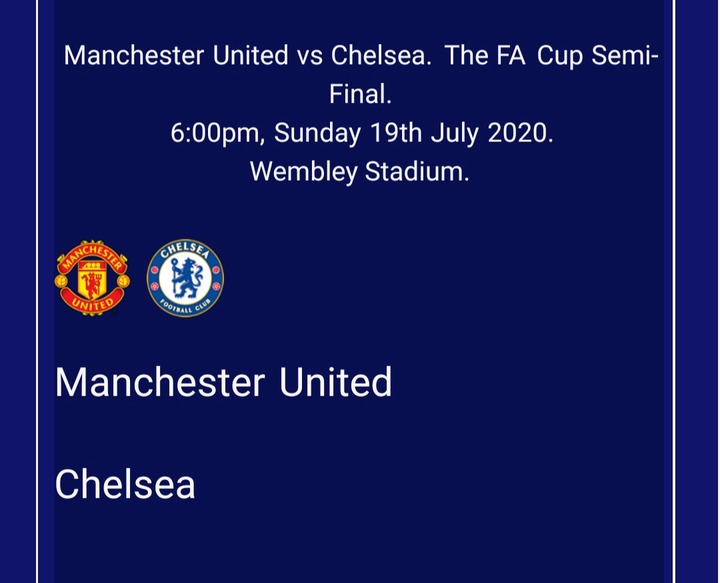 On Sunday 19th July, Mike Dean will be refereeing as Manchester United lock horns with Chelsea in the Wembly stadium for a place in the finals of this season's FA Cup. For the meanwhile, both teams have to put aside their top four aspirations in the premier league to focus on getting to the finals. Despite Manchester United having a stellar record against Chelsea for the past two seasons and remain unbeaten in their last 10 matches, they will have it all cut out for a Frank Lampard's side which has shown resilience and determination to stay in the premier league top four for majority of the season. 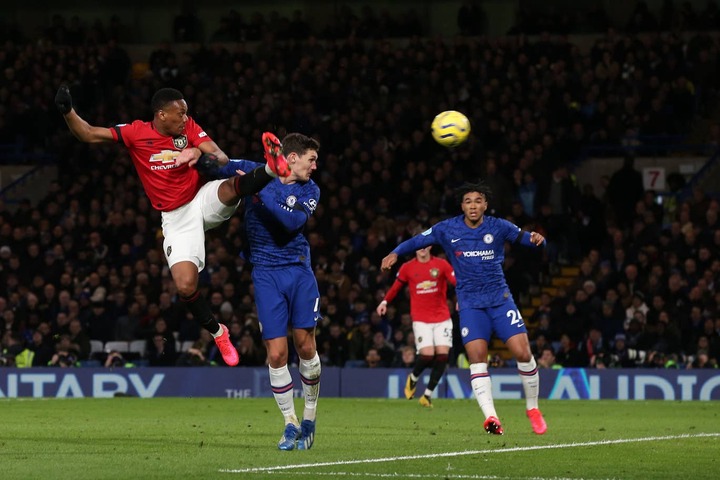 Irrespective of the fact every match is approached with a different mentality barring past records, let's go down memory lane to see how meetings between these two teams have faired in the last eleven(11) times they have met in the competition. 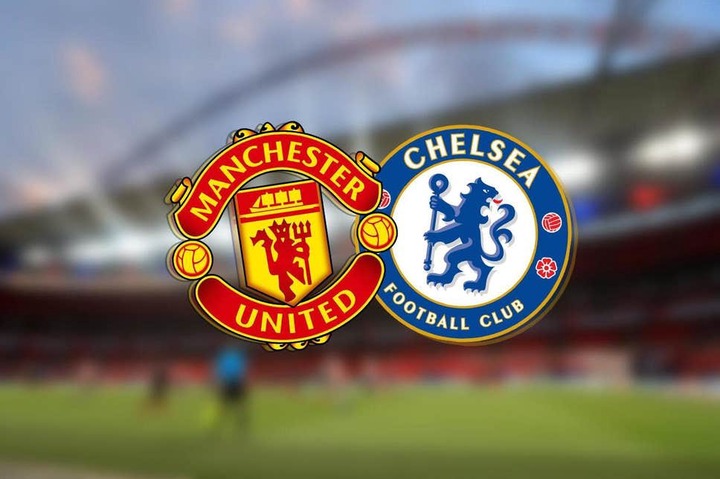 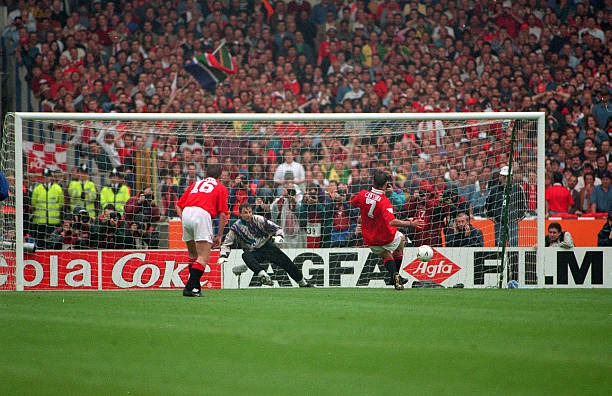 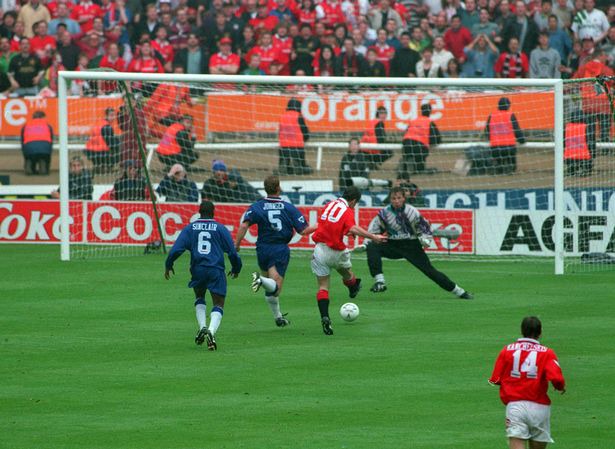 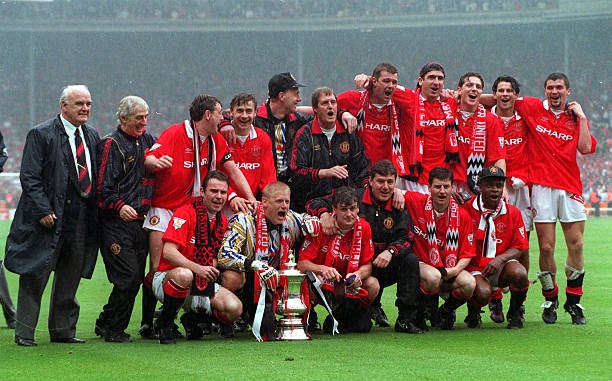 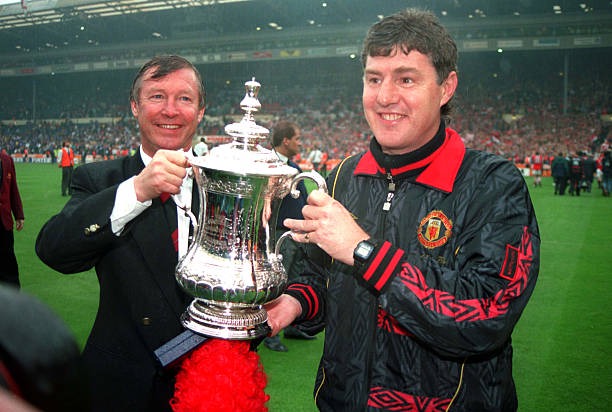 Eric Cantona netted two second half penalties to give United the lead at Wembley Stadium. Mark Hughes and Brian McClair were the other goal scorers as Sir Alex Ferguson won his second FA Cup 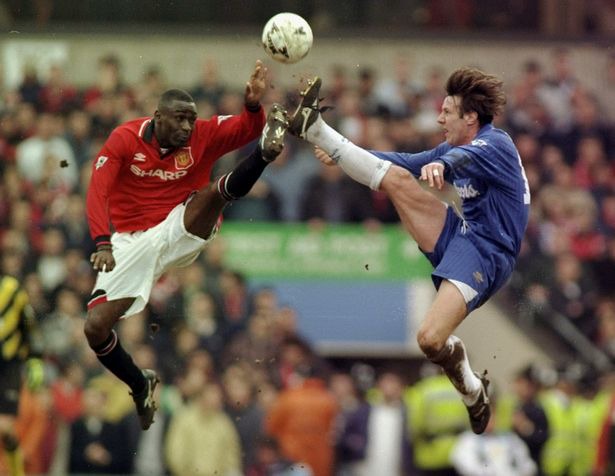 Andy Cole and Craig Burley contesting for the ball

Rudd Gullit opened the scoring for Chelsea in the 35th minute. Andy Cole equalised for United in the second half while David Beckham netted the winner minutes later to book a place in the finals against Liverpool. United beat Liverpool in the finals through an Eric Cantona's late winner. 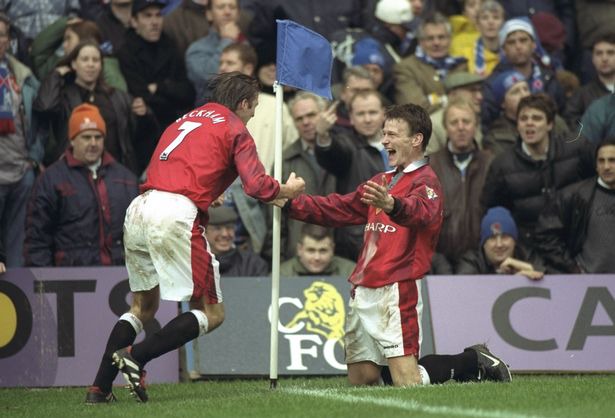 United were in complete control of the tie as braces from David Beckham and Andy Cole put them four goals up. Teddy Sheringham added a fifth to keep the tie beyond reach if there was any hope of a comeback. However there was hope of a comeback as goals from Graeme Le Saux and a brace from Gianluca Vialli in the final 15 minutes somewhat gave the blues hopes of a comeback and likely forcing a replay. It wasn't to be as United went on to win the match. 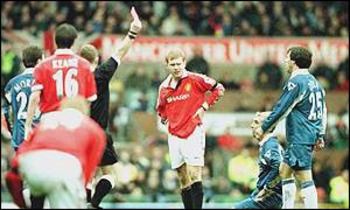 Roberto Di Matteo and Paul Scholes saw red each after receiving second yellow cards as the match ended in a stalemate. There was nothing that was going to separate the two sides, so it went down to a replay. 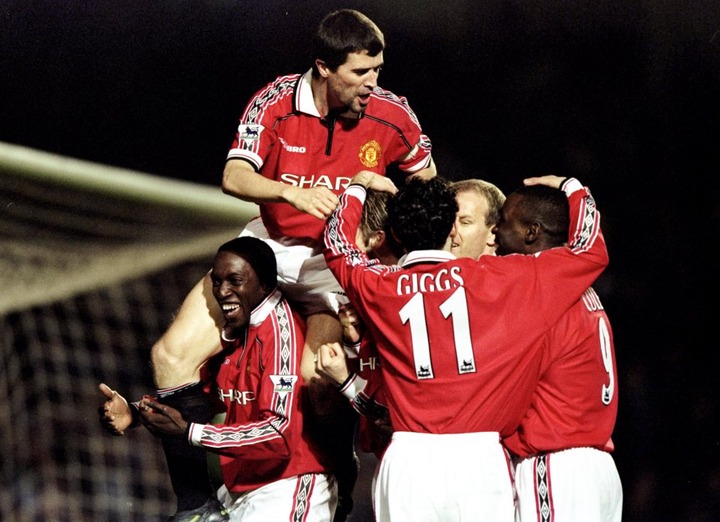 It wasn't to be Chelsea's day yet again as United prevailed this time to book a place in the semifinals of the competition. A brace scored in either half by Dwight York was all that was needed to secure victory. United went on to win that year's FA Cup against Newcastle to complete the famous treble, goals coming from Paul Scholes and Teddy Sheringham. 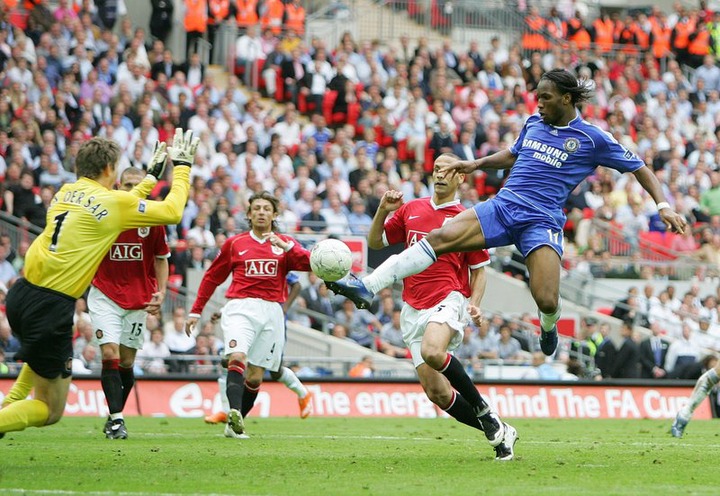 Didier Drogba with the winning goal 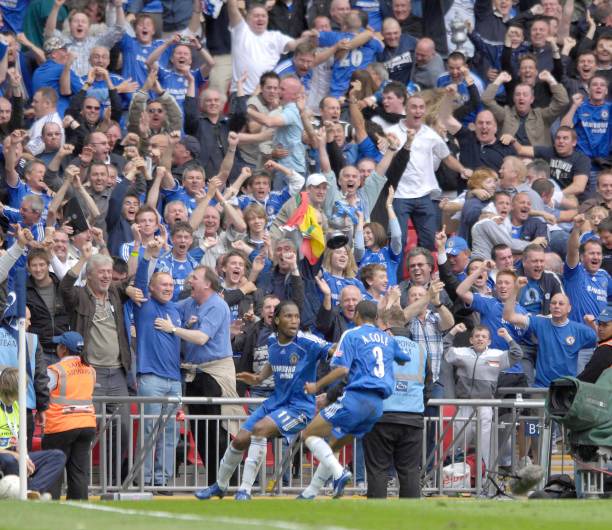 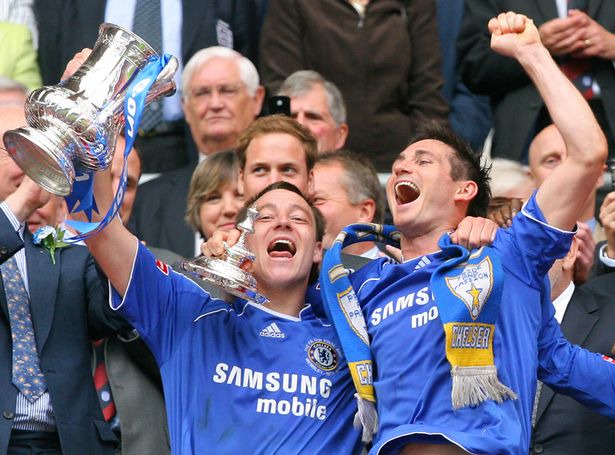 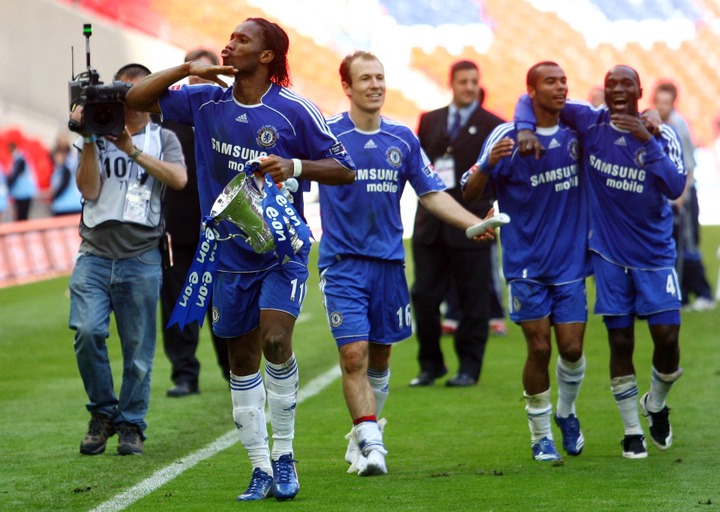 The first match to be played in the new Wembley stadium was the 2007 FA Cup final which was won by Jose Mourinho's Chelsea thanks to a Didier Drogba extra-time winner. After 116 minutes of war of attrition between the sides, the talisman striker came up with the winning. The moment the goal was scored, Chelsea fans went into a celebrations as they knew United had no time to come up with an equaliser. The roar from the fans as Steve Bernett blew the final whistle reverberated around the new stadium. 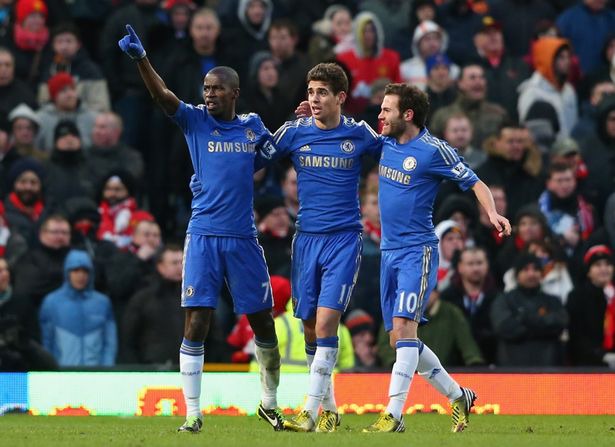 After 11 minutes, United had everything under control as Javier Hernandez and Wayne Rooney scored one goal apiece. It wasn't business as Usual as Chelsea came back in the second half with goals from Eden Hazard and Ramires forcing a replay. 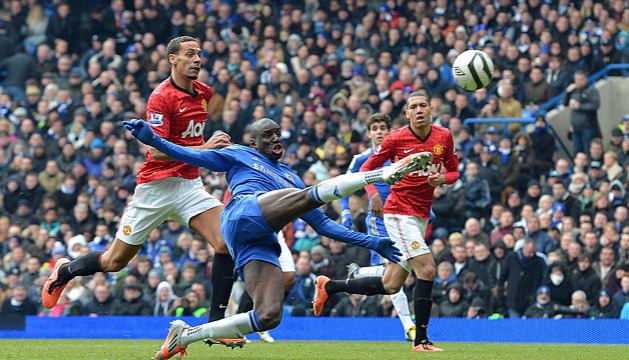 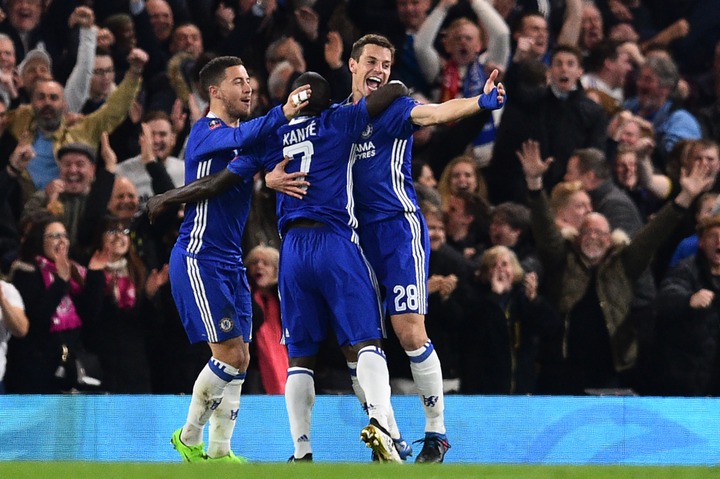 Jose Mourinho playing against his former side lost to Antonio Conte's Chelsea in the 2017 quarter final where Ander Herrera saw red for a second bookable offence, which led to tension between the two managers. A goal from N'Golo Kante was enough to secure victory for the blues. It was the first time Chelsea knocked out the FA Cup holders out of the competition. Chelsea however went on to loose 2-1 in the final to Arsenal. 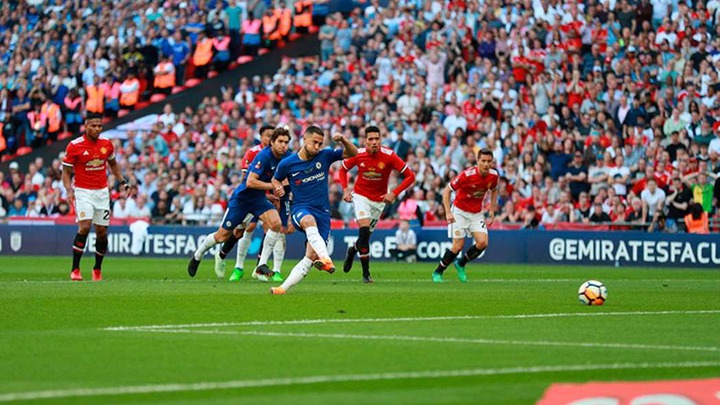 Eden Hazard scored the only goal of the game 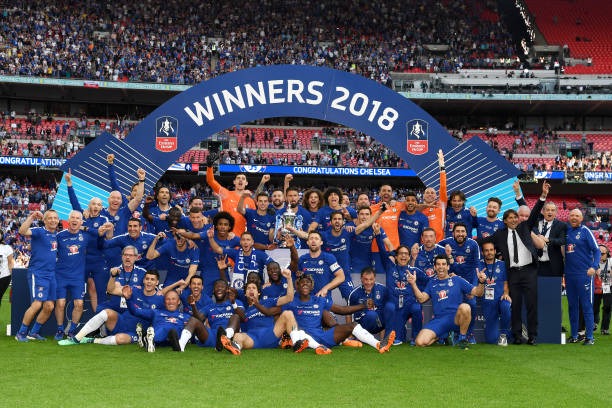 Antonio Conte in his last match as Chelsea manager lifted the FA Cup. Eden Hazard scored an early penalty which happened to be the winning goal in the tie. This was Chelsea's eighth FA Cup trophy. 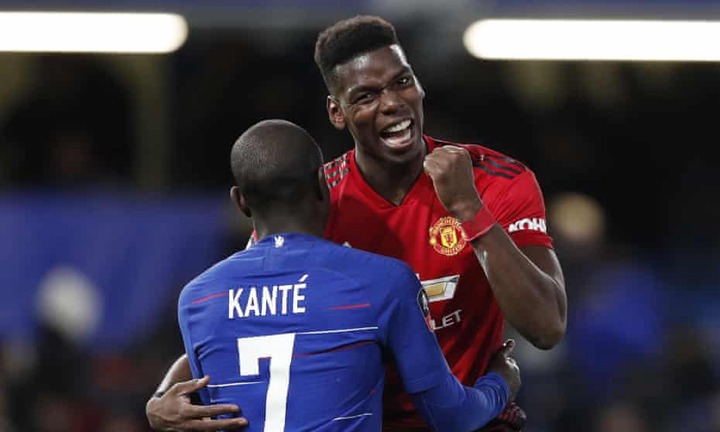 Paul Pogba after the fulltime whistle

The last time these two sides met was in the fifth round of the FA Cup last season. United emerged winners with goals from Ander Herrera and Paul Pogba. United were then eliminated in the quarter finals by Wolverhampton wanderers. 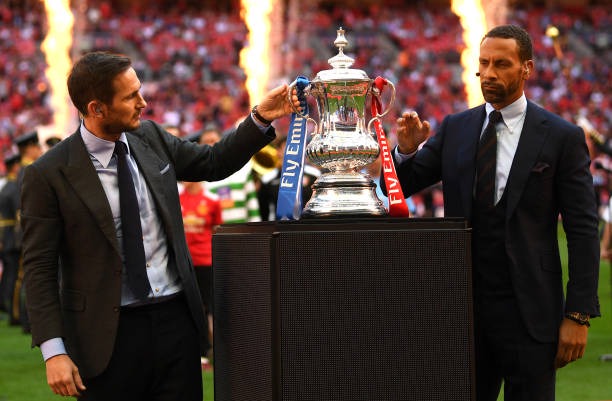 Chelsea and Manchester United have won the FA Cup 20 times between them with United claiming 12 while Chelsea have got 8. No doubt, it will be a clash of the titans on Sunday as either side is determined to lay hold of a trophy. Managers of both teams, Frank Lampard and Ole Gunnar Solskjaer are legends of their respective teams who have been given time to rebuild their teams according to their taste. Both are doing just fine being separated by one point in the premier league. Having a trophy to celebrate will boost their chances of continuing on their jobs. Though both coaches have been given the time to rebuild, statistics shows, an average premier league coach lasts 789 days (2years, 8weeks and three days). It is evident if trophies don't start coming soon, their jobs will be on the line.