Barcelona has come under fire from football fans after the Catalan club posted a congratulatory message on their official Twitter account congratulating their fierced rival Real Madrd after winning La Liga.

This comes after some hours after Barcelona were beaten by Osasuna. Messi's free-kick was not enough to stop the Galacticos from grabbing their 34th La Liga titles as two goals from Karim Benzema was enough for Madrid to clinch the La Liga trophy 🏆. 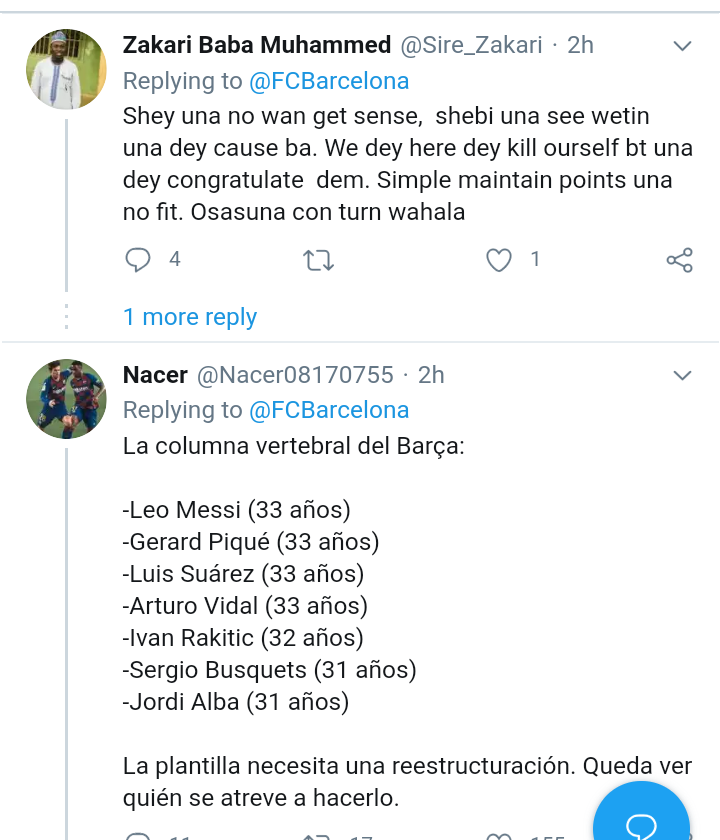 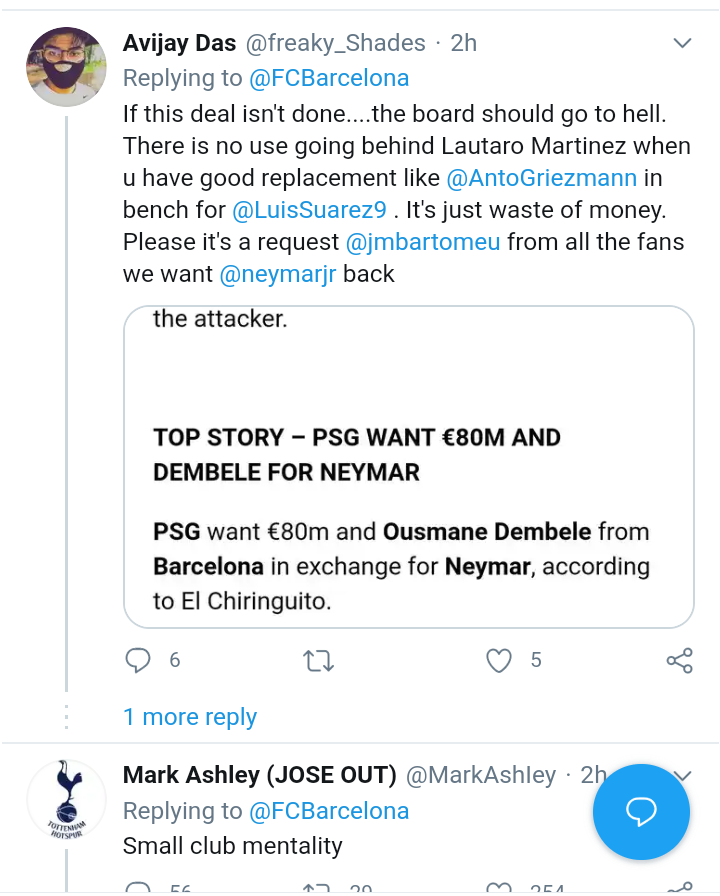 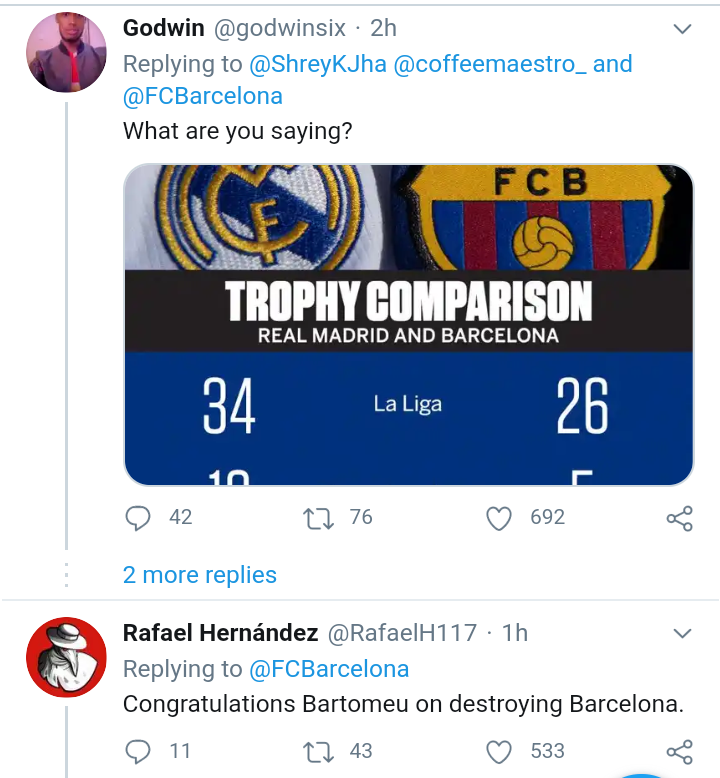 Their next target of overturning a Champions League deficit against Manchester City might prove beyond them, especially with inspirational captain Ramos suspended, yet the advancement made by Zidane's boys in this triumphant season proposes Barcelona's long periods of predominance in Spain are finished. Meanwhile Barcelona's only hope of a major trophy now is the Champions League. They host Napoli in the last 16 second leg on Saturday, 8 August, having drawn 1-1 in Italy.