By Josehub (self media writer) | 22 days ago 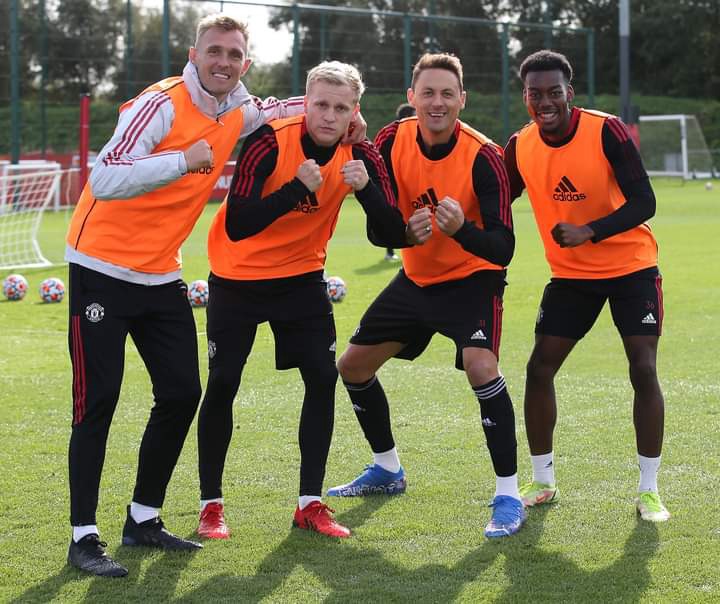 Manchester United star players were seen during training today in their training ground ahead of their English Premier League fixture against Everton this weekend.

The five-times world best player of the year Cristiano Ronaldo who scored the winner for Manchester United in their UEFA Champions League group stage match against Villarreal on Wednesday was spotted doing two noticeable things in the club's training session today.

1. Cristiano Ronaldo showed off how happy he was with some of the club's star players. 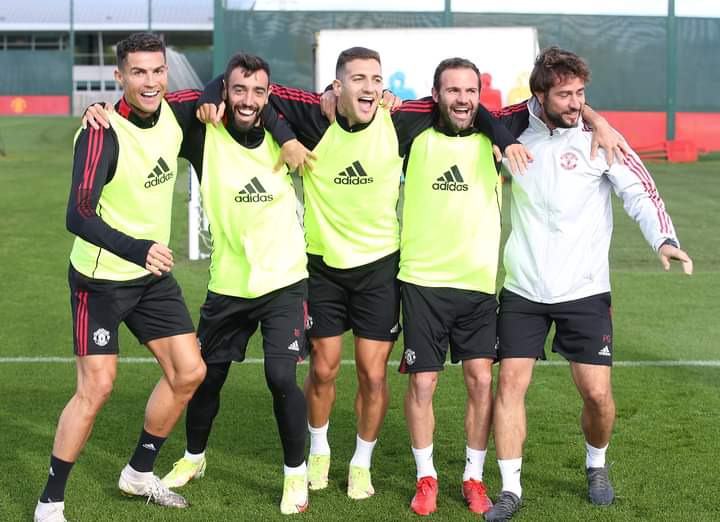 Since Cristiano Ronaldo arrived at the club, the whole atmosphere at Old Trafford (Manchester United) changed, football fans usually chant his name in every game the team plays. The post he makes on his official Facebook page has been all about the growth of the club. 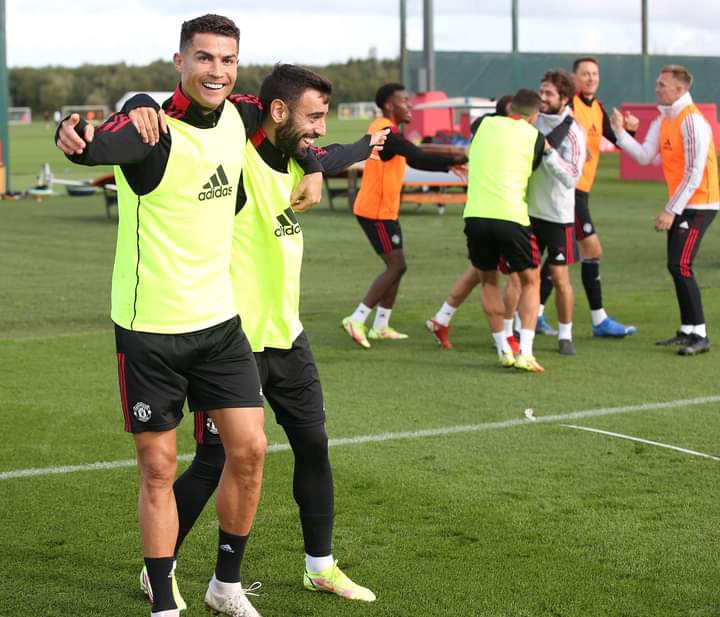 2. The Portuguese international was seen showing off his muscles (how physical he looks) while taking a photo with his fellow teammates. 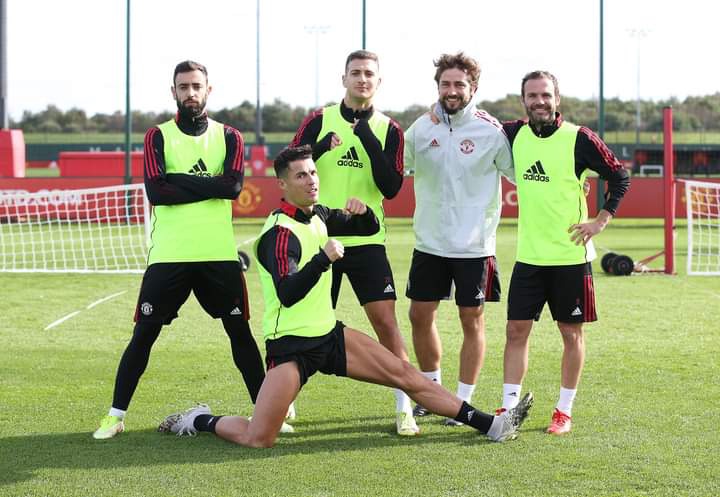 We all know that Cristiano Ronaldo has a good body physique due to his constant training and hard work on his body, despite being a 35 years old player, the Portuguese international is still faster than some of the Manchester United players.