Super Eagles Saturday Round Up

Leon Balogun played the full 90 minutes in Wigan Athletic's 2-2 draw away at Charlton Athletic, Wigan were 2-1 up before the lost the lead to a last gasp equalizer by Macaulay Bonne. Wigan Athletic are still in relegation trouble, with the club set to be deducted 12 points after they were placed into administration. 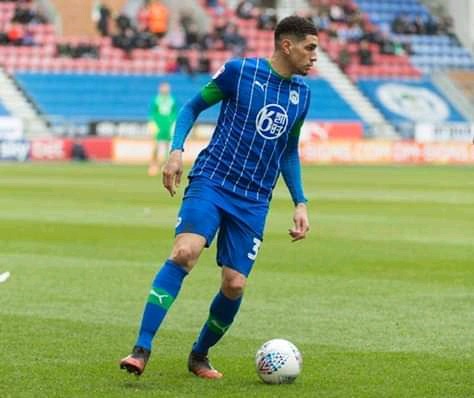 Ebere Eze was among the goals as Queens Park Rangers were 4-3 winners over Millwall in the English Championship, Eze has now scored 13 times this season for QPR. Bright Osayi-Samuel was missing in action as he is set to leave the club at the end of the season.

Chidi Osochukwu played the full 90 minutes for Rukh Brest in their 3-0 home defeat to Bate Borisov on Saturday. Goals from B. Nastic, P. Nekhajchik and M. Skavys were enough to secure the three points for BATE.

Gbolahan Ariyibi played 62 minutes for Panetolikos in their 1-0 win over Volos NFC in the Greek Super League.

Victor Boniface scored one and assisted another in 75 minutes of action as his Norwegian side Bodo/Glimt won for the ninth straight time in nine matches in the Norwegian Elliseteren. They beat Mondalen 3-2 away from home.

Zaidu Sanusi played the full 90 minutes for Santa Clara in their 2-2 draw against Rio Ave in the Portuguese Primiera Liga on Saturday.