Different tactical shapes and systems are used in modern football, but the 4-3-3 has undoubtedly been the most popular since the turn of the century. In recent years, some of football's most successful teams have used a trident of offensive options, with a three-man front line becoming more frequent among Europe's top clubs.The six-time Ballon d'Or winner joined Neymar and Kylian Mbappe at the Parc des Princes this summer, giving PSG one of the most lethal attacking lines in recent memory. Following Messi's departure to Paris, we've taken a look back at some of football's greatest attacking trios. The following are 6 of the best front threes in football history. 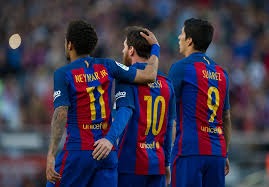 Barcelona's front three of Lionel Messi, Luis Suarez, and Neymar - dubbed 'MSN' – were nearly unstoppable from 2014 to 2017. They combined technique, quickness, and shooting ability to create a dangerous combination. They were instrumental in the club's first-ever treble, and they combined to score well over 100 goals twice in a single season. They were also close off the field and socialized with their families on a frequent basis. 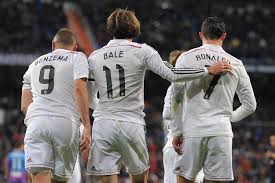 At the same time as MSN was ripping apart defenses for Barcelona, Real Madrid's Gareth Bale, Karim Benzema, and Cristiano Ronaldo dubbed the BBC were doing the same. The trio won three Champions League titles in a row and four in total together, with all three scoring memorable final goals. When Ronaldo joined Juventus in 2018, they called it quits after five beautiful years together. 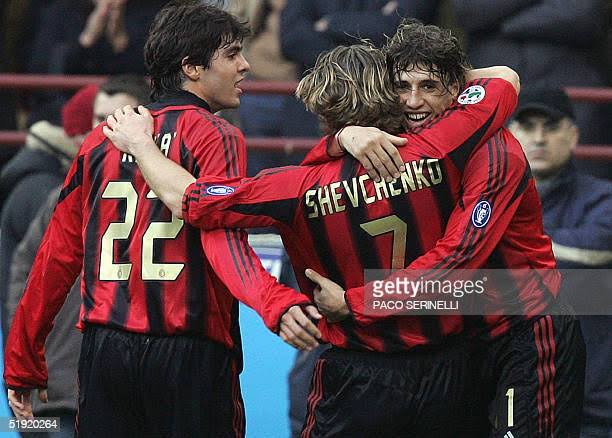 These three played in a 4-3-1-2 formation that was particularly Italian, and they only played together for one season, winning no trophies. The football they played together, on the other hand, was completely enthralling. Milan were an unstoppable force that season, destroying club after team before losing the Champions League despite being 3-0 up with half an hour to play. They're knocked down by this failure. 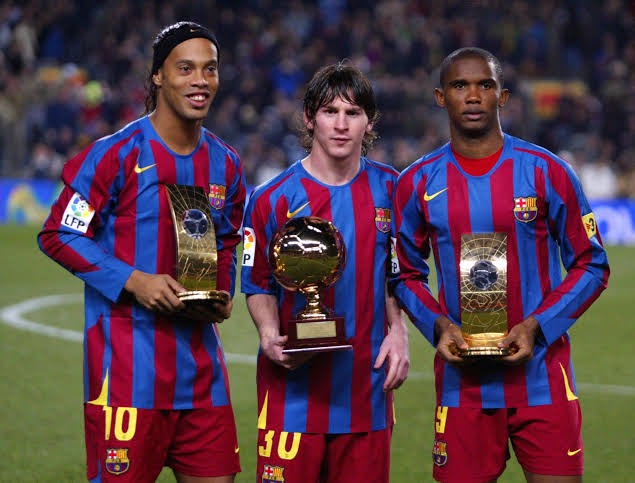 With this magnificent trio of attackers, Barcelona has recovered from years in the wilderness. Ronaldinho was the supreme sorcerer, an untouchable talent whose every move was dripping with enchantment. Samuel Eto'o was a deadly forward with pinpoint skill and a desire to win big games. Lionel Messi was the trident and side's supercharger 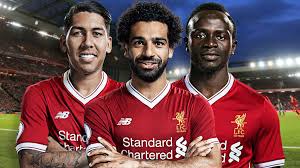 Liverpool's climb from near-misses in the Premier League to English and European Champions was largely fueled by their creative midfielders. Firmino's selfless work as a false 9 allows the marauding Mane and clinical Salah to cause havoc against opposing defenses, which is tactically different from our other threesomes. Despite a trophy-laden stint together, observers such as club great Jamie Carragher have called for a change in Liverpool's forward line. Diogo Jota may have challenged for a permanent spot in this illustrious trio if he hadn't missed three months of last season due to injury 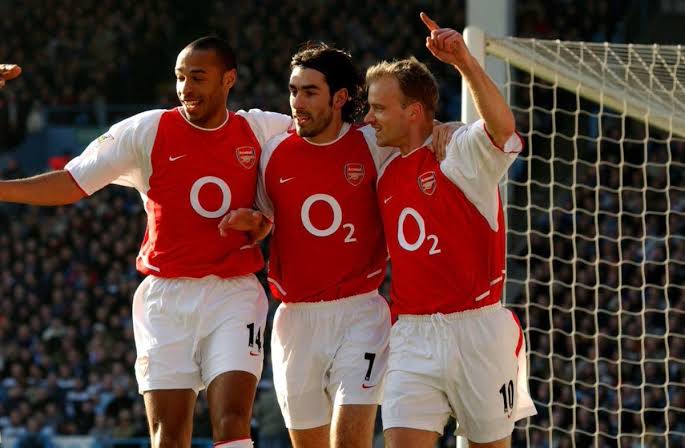 Because of his importance to this Gunners era, Freddie Ljunberg may easily be included. Arsene Wenger's team has never looked better than when this exquisite lineup was on the pitch. While working together to bring Premier League and FA Cup wins to Highbury, the trio also created a distinct Arsenal style of play. Arsenal's imaginative passing game has been the measure against which fans have judged every following side in the intervening years (“The thing about Arsenal is, they always try and stroll it in...”) 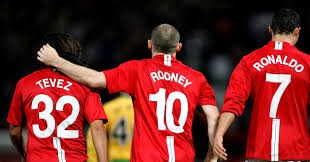 While Sir Alex Ferguson's last great Manchester United squad was unquestionably founded on an impossibly strong defense and an exceptional midfield that was equally adept at keeping the ball as it was at getting it back, the front three provided the team's energy. Wayne Rooney, Carlos Tevez, and Cristiano Ronaldo Despite the fact that none of them were true strikers or wingers, they functioned well together. Rooney and Tevez's selfless team-first approach perfectly complemented the Portuguese's push and desire for goals. In their second season together in 2008/09, they had a whirling dervish of an assault that we saw all too rarely. When Sir Alex Ferguson unleashed them, they wreaked havoc on opponents and propelled United to within one win of winning the Premier League and the European Cup for the second consecutive season. It would take something remarkable to defeat them because their dominance was so complete. 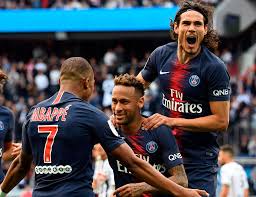 Kylian Mbappe, Edinson Cavani, and Neymar (or 'MEN') were the most expensive offensive triumvirate in football history last two season, scoring 87 goals between them and winning four championships for Paris Saint-Germain.