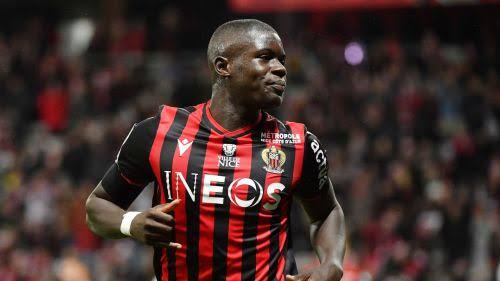 Arsenal is one of the teams that want to sign Nice youngster and free agent, Malang Sarr.

The young French defender is available on a free transfer after he ran ,down his contract with the French side.

On hearing about his availability, Arsenal have decided to make a move ,for him by offering him a good contract.

However, Sun Sports is reporting that ,the Gunners may have made their offer too late and their indecision, is set to cost them the player’s signature.

It claims that Arsenal isn’t making ,their move for him serious because the Gunners want to know if they will play in Europe next season before they know the players they would sign.

This would, however, see them miss out on signing him because several other teams are looking to make a move for him.

The Sun claims that teams ,in Italy and Germany are serious about landing the 21-year-old that has already ,made 100 league appearances for Nice.

Torino is reported to have, offered him a contract with a promise of first-team action which could swing the player’s, decision in their favour.

Arsenal signed Pablo Mari ,in the last transfer window and William Saliba will also join the team for their next campaign, Mikel Arteta might feel that he has more than enough defenders to work with.