The Most Iconic And Memorable Photos In The World Cup History 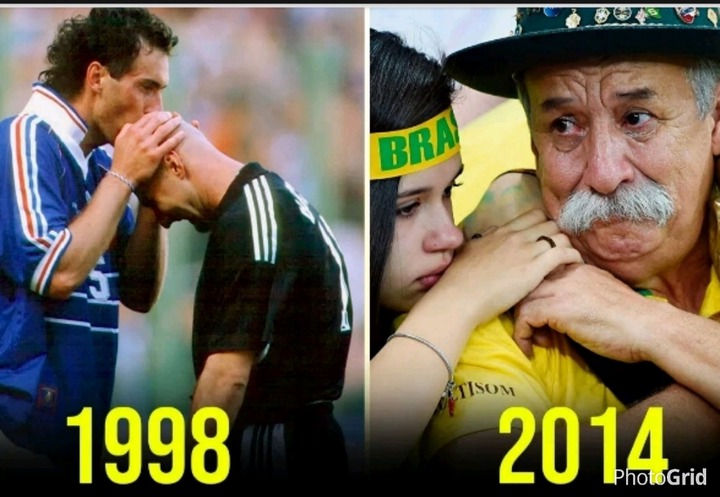 In today's article, we are gonna be looking at the most iconic and memorable photos in the world cup history.

1. The centenario stadium in Montevideo, Uruguay. Where the tale of the world cup began in 1930 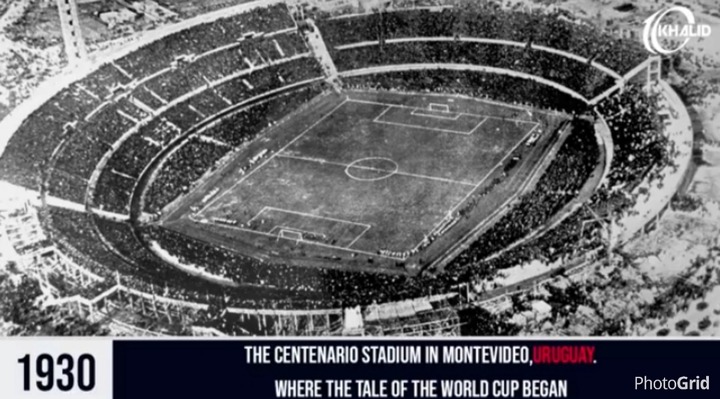 2. Bobby Moore holding the Jules Rimet trophy after winning the final against West Germany in 1966 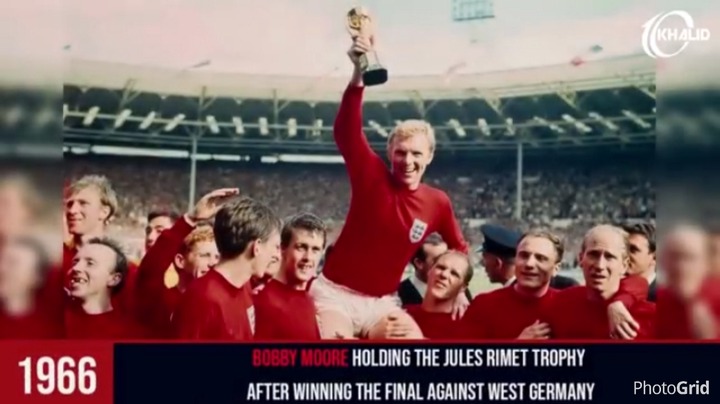 3. Pele and Bobby Moore swapping shirts after their clash in 1970 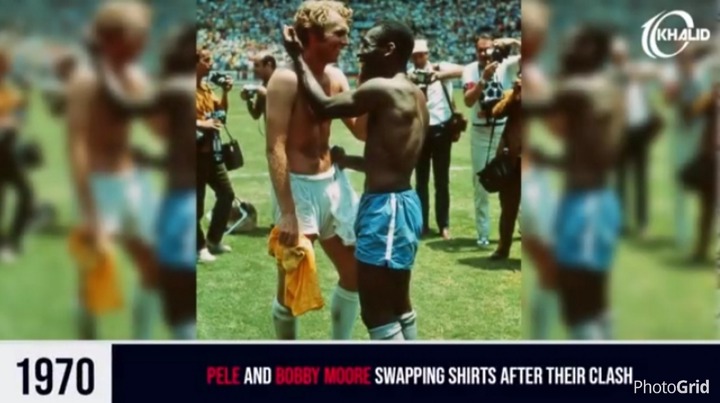 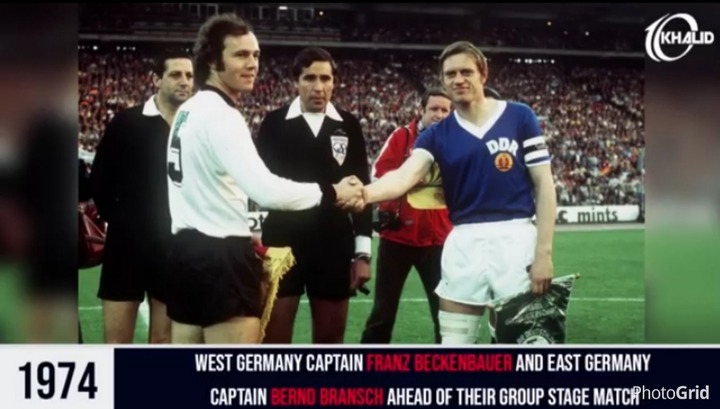 5. The iconic scene of Diego Maradona appearing to take on half of the Belgian team in 1982 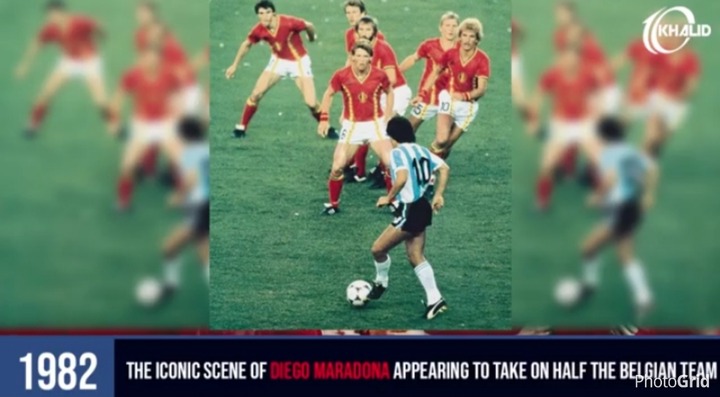 6. Maradona's hand of God goal: The most controversial goal in the world cup history in 1986 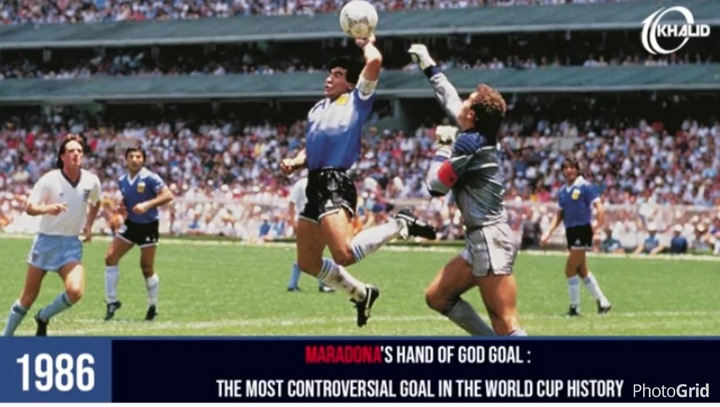 7. Roger Milla's goal celebration after scoring a goal against Colombia in 1990 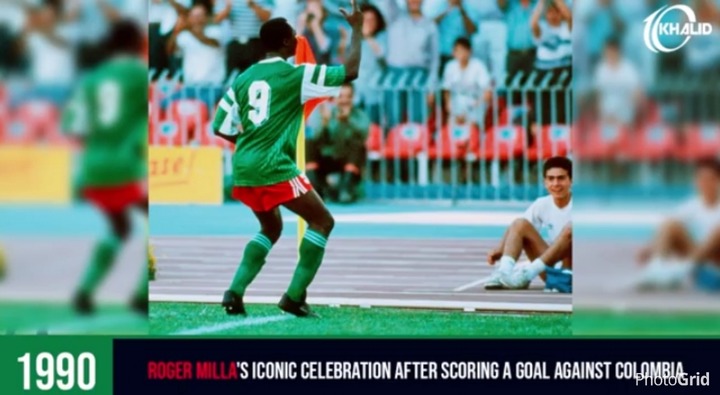 8. Andres Escobar's own goal against the United States that cost him his life in1994 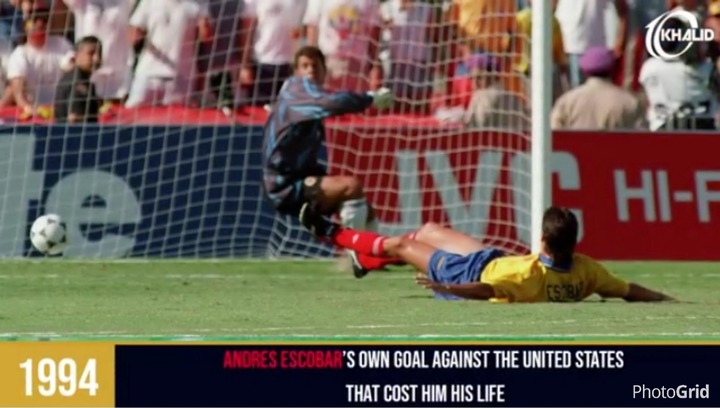 9. When Roberto Baggio was distraught after missing a penalty in the final to give Brazil the win and the title in 1994 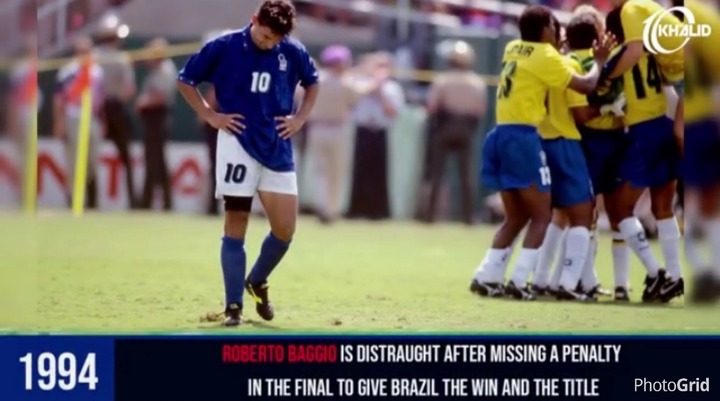 10. When Laurent Blanc kisses the bald head of goalkeeper Fabian Barthez for good luck in 1998 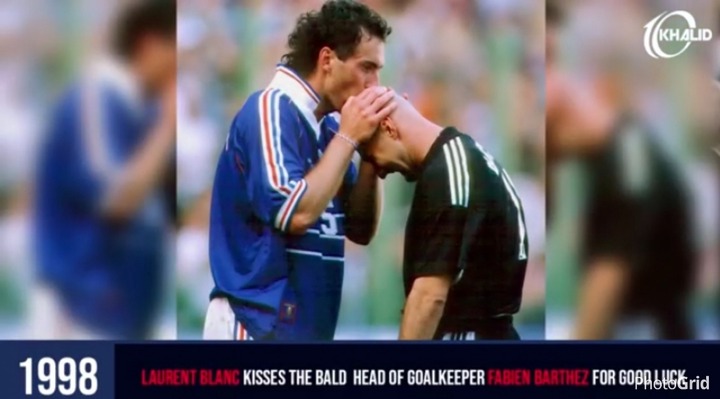 11. When the entire Romanian team dyed their hair blonde in 1998 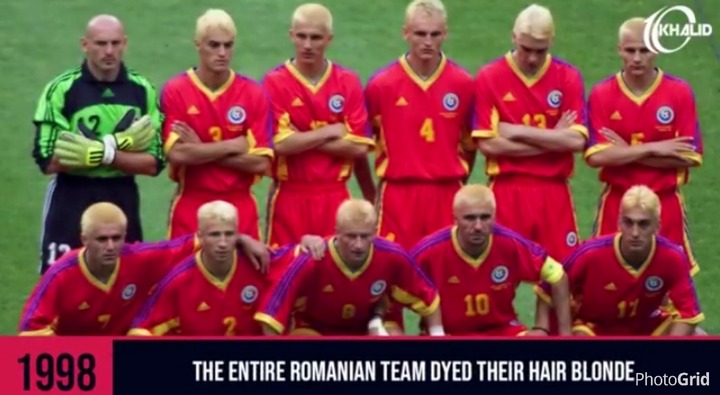 12. When David Beckham received a red card for kicking out at Diego Simeone during England's match against Argentina in 1998 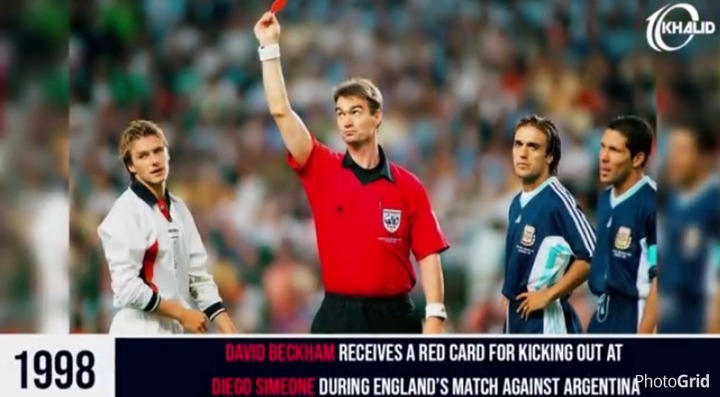 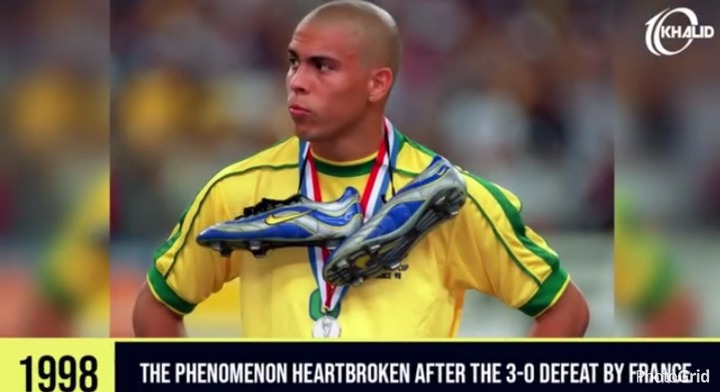 14. When Francesco Totti walks away in disgust after been awarded a controversial red against South Korea in 2002 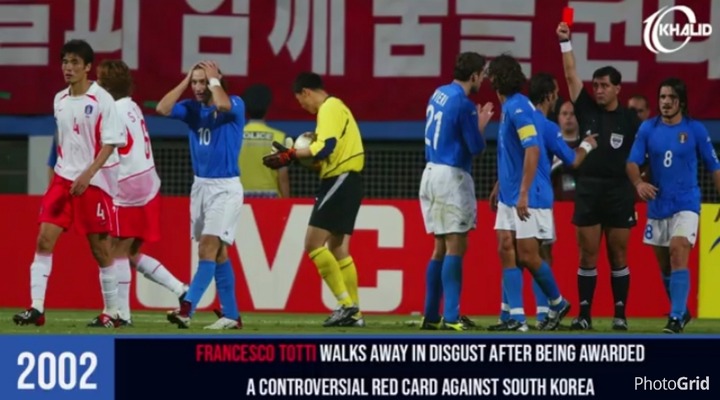 15. When the England goal keeper David Seaman looks on in dismay after Ronaldinho scored a phenomenal free kick in the quarter final in 2002 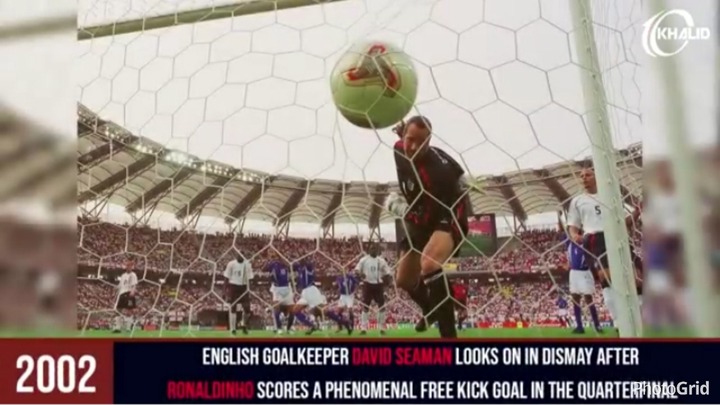 16. Ronaldo's celebration after scoring the opening goal during the final Germany vs Brazil in 2002 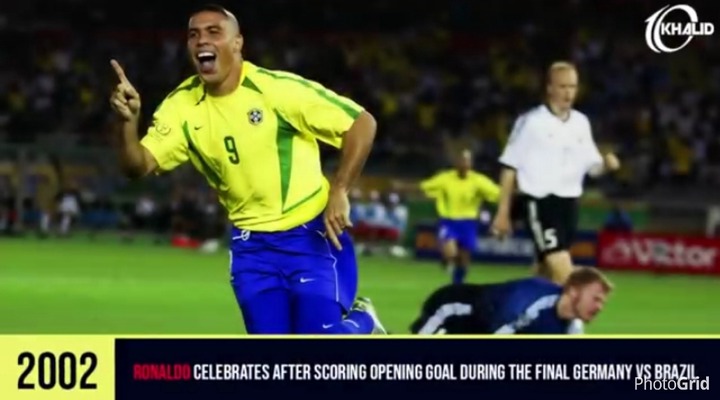 17. When Zinedine Zidane head-butted Marco Materazzi during the world cup final in 2006 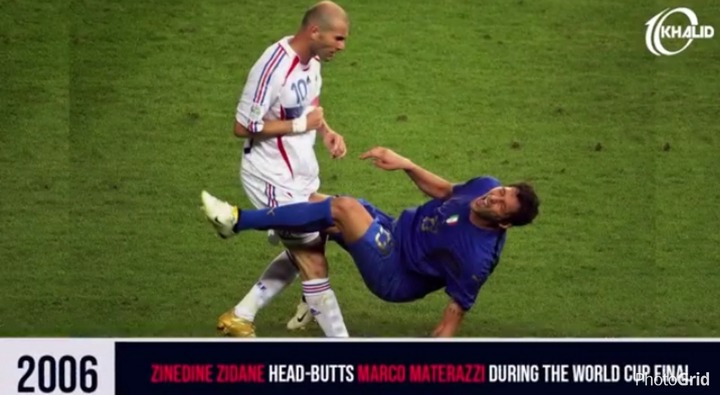 18. When Luiz Suarez blocked the ball with his hands to prevent Ghana from scoring the match winning goal and keep Uruguay alive in the tournament in 2010 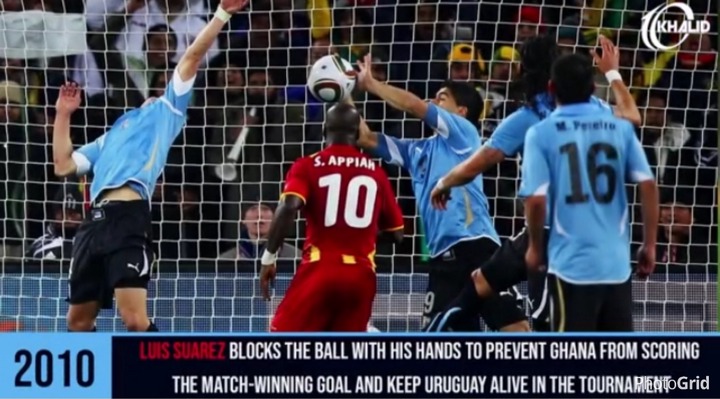 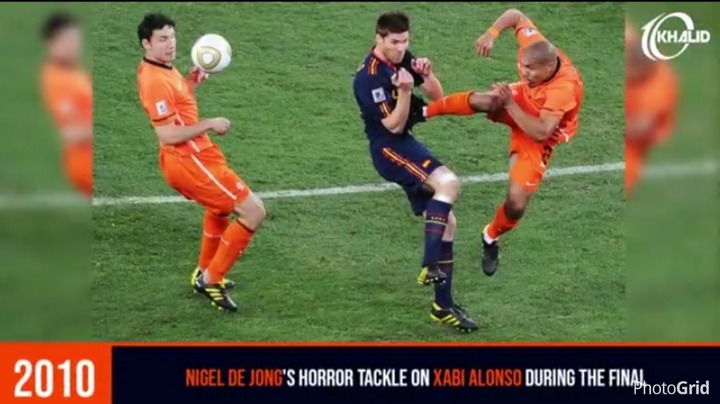 20. Andres Iniesta's celebration after scoring the goal that won Spain it's first World Cup, with the words, Dani Jarque, always with us in 2010 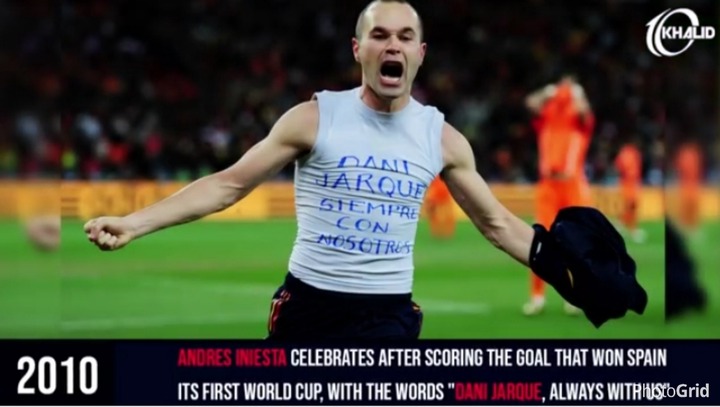 21. When Luiz Suarez hold his teeth after biting Giorgio Chiellini who screams of pain in 2014 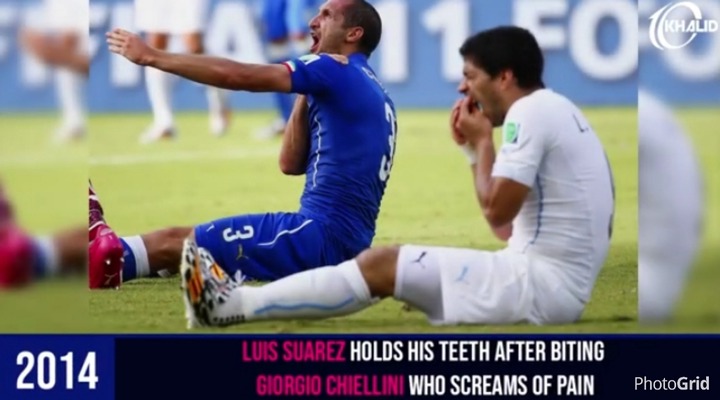 22. Marcelo Vieira was screaming for help when Neymar was injured during the match vs Colombia in 2014 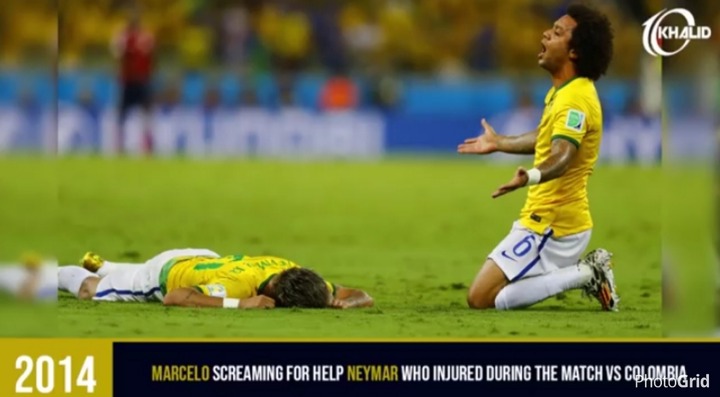 23. The flying Dutchman Robin Van Persie flew through the air to score vs Spain one of the best goals the world cup history in 2014 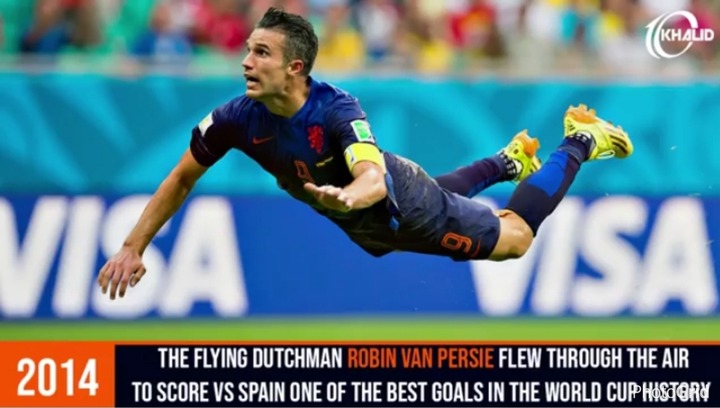 24. Great sportsmanship from David Luiz who consuled a tearful James Rodriguez at the final whistle in 2014 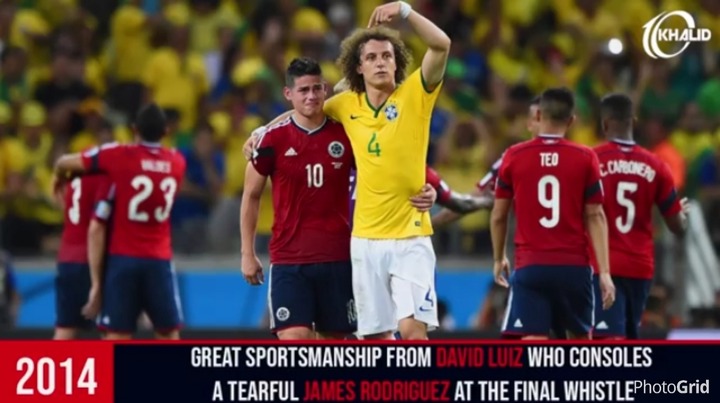 25. Brazil biggest fan Clovis Acosta Fernandez heartbroken after the 7-1 defeat by Germany in 2014 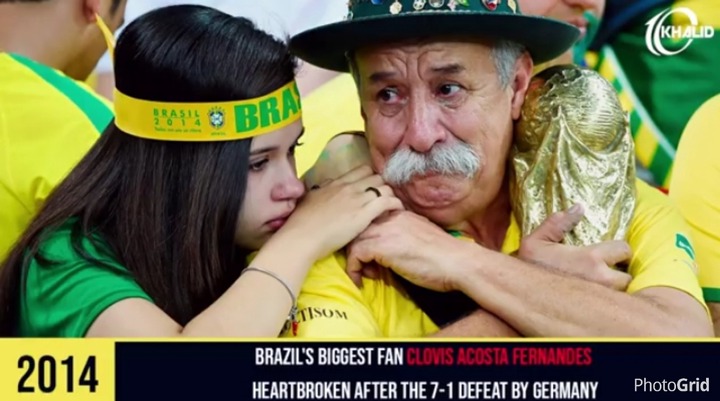 26. A dejected Lionel Messi walked pass the world cup trophy after loosing to Germany in 2014 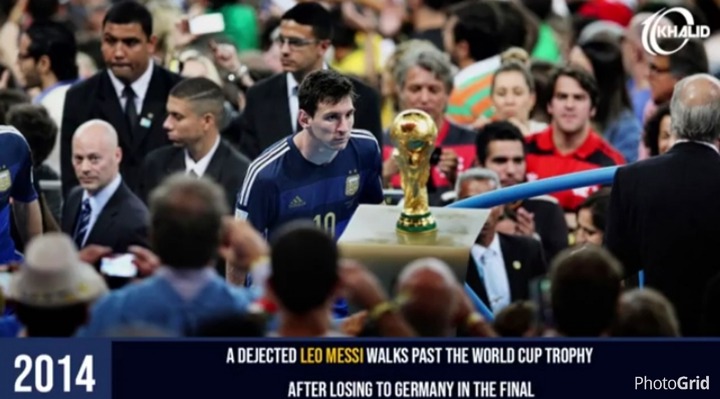 Which one do you like the most? & Which among them is the saddest?