By KlassicBlogger (self meida writer) | 7 days

Successful goalscorers are usually the most looked after players in football as they have the ability scoring goals on their own and also creating chances for goals to be scored by their teammates. Players who create chances on a regular basis will always be in demand and will be capable of counter attack even the most stubborn defences with one amazing pass.

Creating chances in football is said to be the number of key passes delivered and the number of assists registered by a player for a whole season. 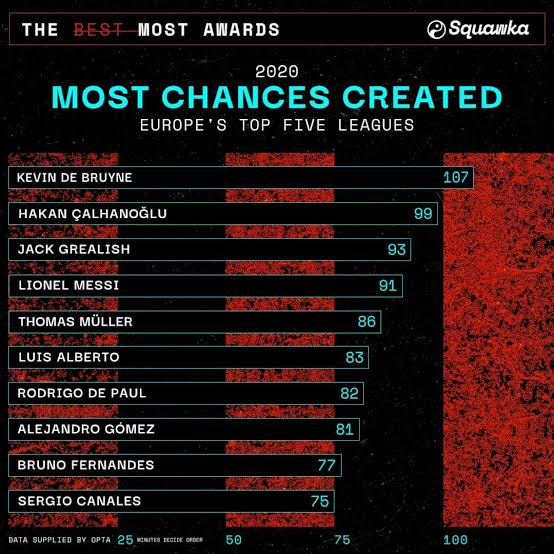 This season, players with the most assists involves Robert Lewandowski, Mason Mount, Rodrigo De Paul and Jack Grealish, among others.

With that, let's take a look at the super star players with the most chances created across the top five leagues in Europe in the 2020/21 season.

5. Memphis Depay from Olympique Lyon has created 90 chances this season. 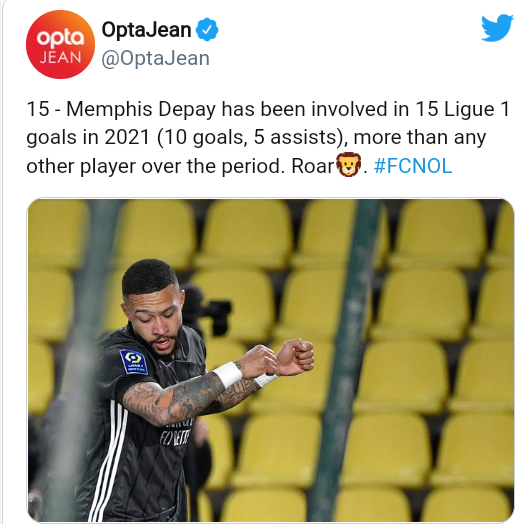 This qualities has making him the fifth-highest chance creator during 2020/21 season.

4. Filip Kostic from Eintracht Frankfurt has created 93 chances this season. 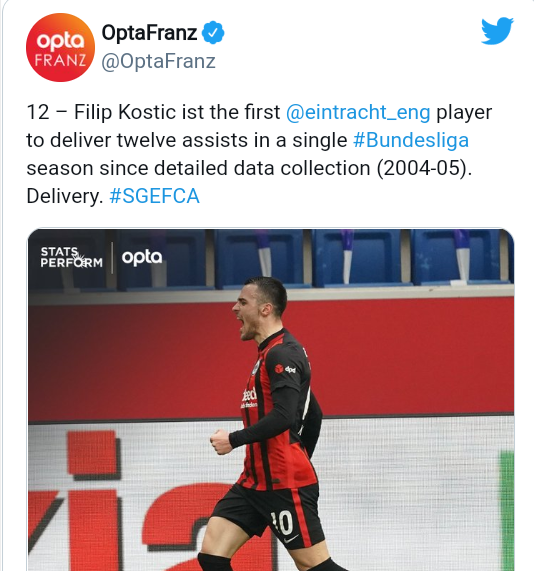 Filip style of play this season surprised me and as a Serbian super star, he is undoubtedly one of the biggest entry in the list this season.

Filip scored four goals with 81 key passes which no player in the Bundesliga has delivered more crosses into the box this season. 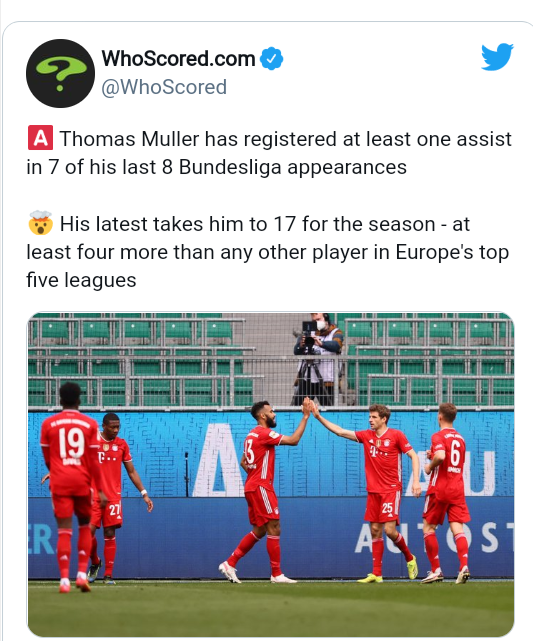 2. Hakan Calhanoglu from AC Milan has created 99 chances, he has scored 3 goals with eight assists in 28 Serie A appearances.

He has scored more key passes than any player in Europe's top five leagues and he is on the top charts as one of Europe's best chance creators.

1. Bruno Fernandes from Manchester United has created 99 chances this season and has made himself as one of the best players in the Premier League this season.

This season, Fernandes has scored 16 league goals and 11 assists with 88 key passes. 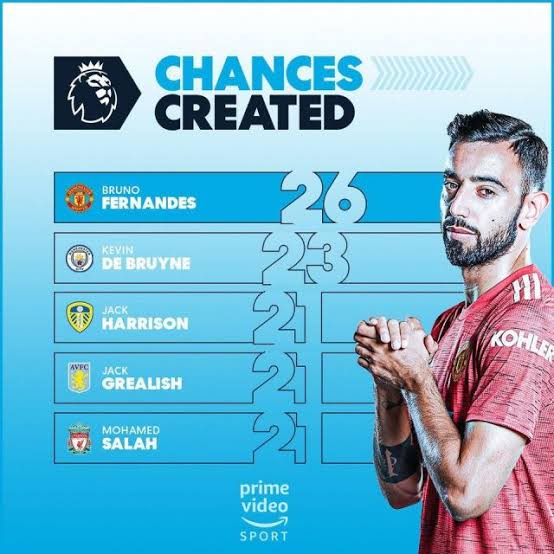 Kevin De Bruyne has created more chances this season than any other player, he has created 107 chances so far. 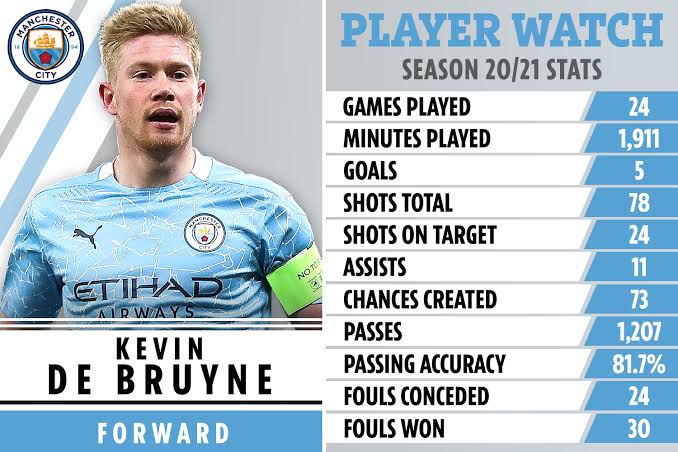 Tired Of Old-Fashioned Outfits? Here Are Some Latest Ankara Styles You Would Love To Consider