From winger to the 38-year-old veteran, Joaquin broke the 55-year record

In the 16th round of La Liga, Joaquin staged a hat-trick in just 20 minutes. This is the first time he has worn a hat in his career, and also set a new record for the oldest hat player in La Liga history.

After the game, Joaquin, already an elderly veteran, was happy, and even took a short video, jokingly saying he was going to "drink a drink." 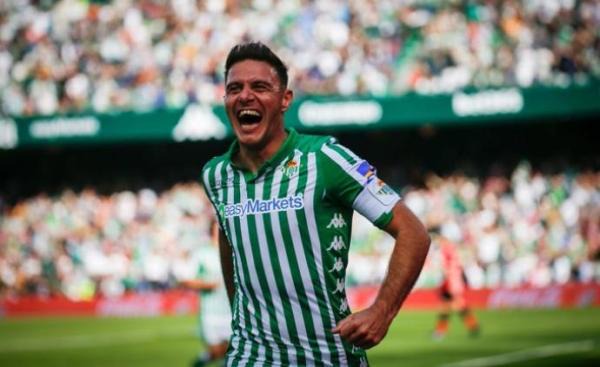 Being able to have such an evergreen career, Joaquin's secret is not only a good attitude, but also a professional attitude and a permanent love for Betis.

After the end, even Hua Jin couldn't believe it, "I've never been such a great shooter, and I'm proud of it. Especially considering my age, it's not easy. It's in my life For the first time (hat-trick), I don't think this can happen again. "

Royal Betis coach Ruby did not hesitate to be beautiful, and even lamented that Joaquin did not enter another one. "He did not lose his ambition. Unfortunately, he missed a chance to complete the senior year." 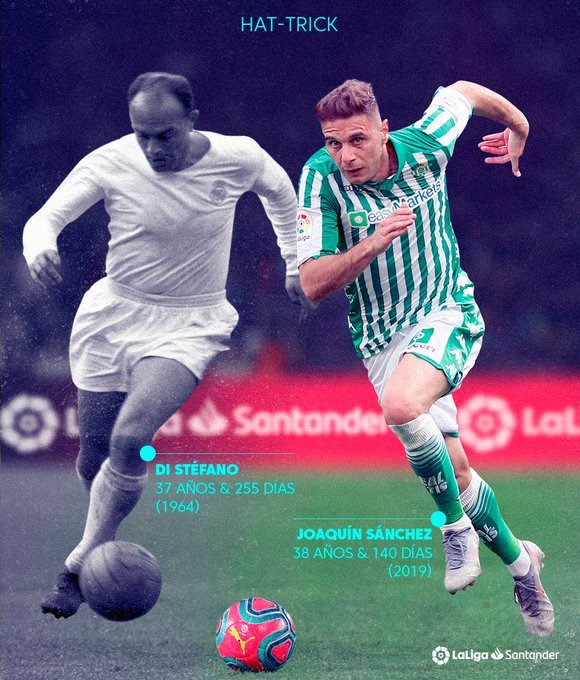 Many fans know Joaquin during the 2002 World Cup in South Korea and Japan-especially in the knockout matches between Spain and South Korea. His assist for Morientes was blown out of the scene and replayed again and again.

In that game, Joaquin did not score in the final penalty and sent the South Korean team to the semifinals. At that time, he was still a winger, a 21-year-old star.

To this day, more than ten years have passed, world football has undergone too many ups and downs, but Joaquin is still on the field and still wearing that Royal Betis jersey.

Since joining the Betis Youth Team at the age of 16, Betis has played an extremely important role in Joaquin's career and life. 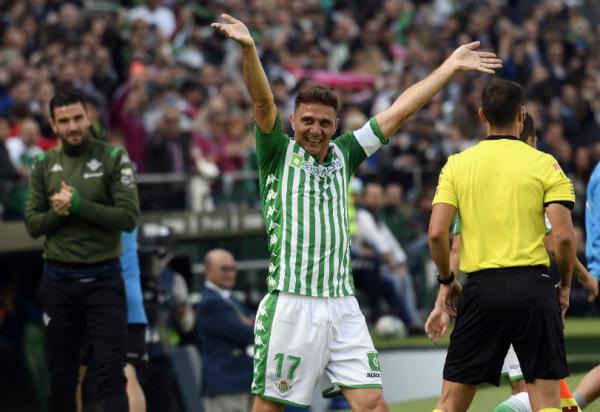 In 2000, he completed his professional debut in a green and white striped shirt. He switched to Valencia in 2006, and later joined Malaga and Florence, but went around and eventually returned to Betis in 2015 and has been playing to this day.

Regarding his connection with Betis, Joaquin calls it a "love". "When I was young, I dreamed of training and playing on this team. If you can achieve your dreams lucky, this will become What you love in your life. "

And because of his feelings for Betis, he also made many difficult choices-in 2003 he had the opportunity to transfer to Manchester United, in addition to approaching Real Madrid, but ultimately did not make a trip.

"My dad sometimes says that your feelings for Betis made you miss a lot of opportunities, but now I look back and I don't feel sorry, those things don't belong to me, I don't play for money."

In his view, this is a way to give back to the team, "I can feel my identity with the club, so when the shares are sold, I decide to be part of it."

In the minds of many fans, Joaquin is already a club banner. A Betis fan said in an interview with the BBC, "He is the symbol of the club. When he is on the field, he can make the team feel at ease and strength. I I hope he can kick to 40. "

Hua Jin said that as his age increases and his physical condition declines, he has to adjust. Today, he is no longer a "flying wing" as many people think, and has become a more calm and calm midfielder.

Content created and supplied by: Sherry1234 (via Opera News )