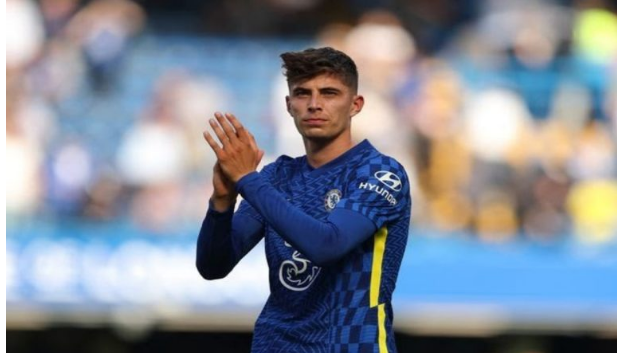 According to Johnson, Tuchel should play both Ziyech and Pulisic ahead of Havertz if everyone was fit as he believes the Germany Midfielder ‘slows down the attack too much.

“I think Kai Havertz is obviously a good player but I think sometimes in this league he can slow it down too much.

After defeating Southampton 3-1 at Stamford Bridge, the Blues rose to the top of the Premier League over the weekend.

Thanks to Timo Werner and Mason Mount’s late goals after James scored a late penalty kick.

Chelsea Football Club will have a series of relatively mild matches after the International Match Day. The Blues will travel to Brentford on October 16 before clashed with Norwich City, Newcastle United and Burnley. After losing to Juventus 1-0 last week, they will face Malmo at home, which is the next UEFA Champions League game.

The Premier League will be suspended for the second time this season for two weeks, as the players will fly around the world to participate in World Cup qualifiers and national league matches. Arsenal, Chelsea, Tottenham Hotspur and West Ham United will be watching through their fingers as their players take parts in matches around the Globe, praying to the football Gods that injuries are avoided.

We are only seven matches into the premier league season, but it seems to have begun to take shape. Chelsea led the London team with 16 points in the top spot, while Brentford, Spurs and West ranked seventh, eighth and ninth respectively.

Trevo Chaloba has always been Chelsea's most skilled front defensive player in the league this season.

Rudiger, James, Alonso, Silva and Chilwell have scored one each thus far, rivalling Tuchel's midfielders and forwards in the goal-scoring charts who have found the net a combined eight times.