Another Week Of Questionable VAR Decisions In La Liga

Matchday 4 in la Liga has been very eventful so far. The referees and the VAR have been making headlines throughout the week and the latest VAR incidents happened in Real Madrid's recent win over Celta Vigo.

Real Madrid came back from behind two times as they beat Celta Vigo 5:2 in the first match of their newly renovated Santiago Bernabéu stadium. Karim Benzema was the star of the game as he got a hattrick as well as one assist. 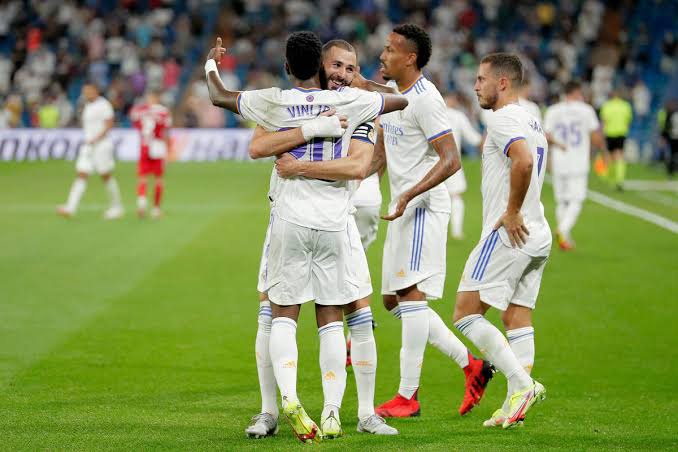 Real Madrid and referees have had quite a bit of history in recent times. Sometimes, the referee decisions go in their favour while other times the decisions go against them.

The Madrid game again Celta was filled with goals as well as complaints about some refereeing decisions:

Was This Supposed To Be A Penalty? 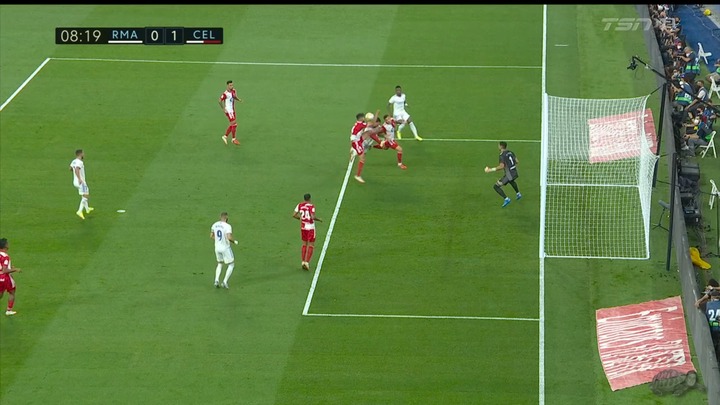 Penalties are very tricky as it's very hard to tell whether it happens deliberately or naturally. One of such situations happened in the Real Madrid match as a Celta Vigo player was seen to have handled the ball in their 18 yard box.

It happened when a ball was crossed into the box and the header deflected onto the hand of a Celta Vigo player as you can see in the images: 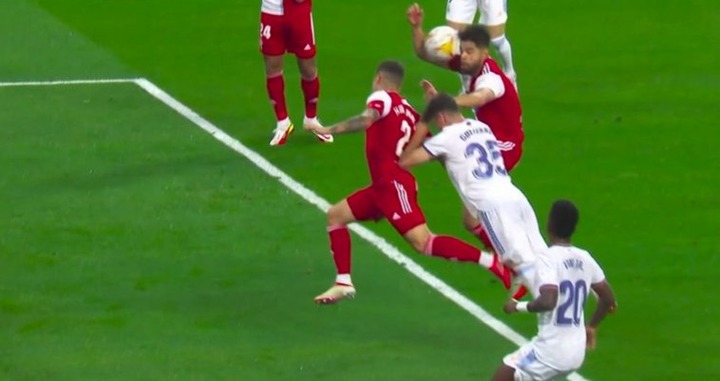 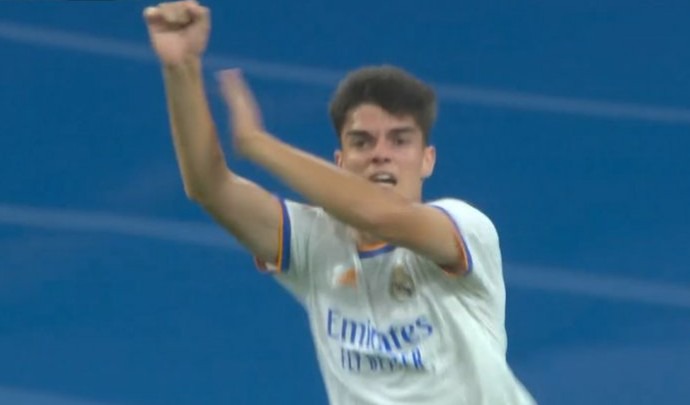 As you can see, the arm of the Celta Vigo player was not in a natural position in any way. An argument can be made that it is unintentional but there's no way to know for sure.

The incident was also noticed by the commentators and it was suggested that the VAR also had a look but the penalty was not given to real Madrid. 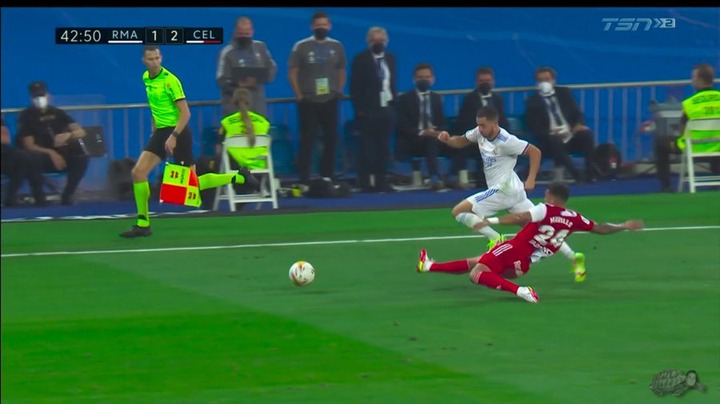 If the possible hand ball wasn't enough, there was also a time when Eden Hazard was fouled when he was through on goal.

According to the rules, fouls made by the last man that denies a chance of goal is usually a red card offence. Unfortunately for Hazard and for Real Madrid, only a yellow card was given. 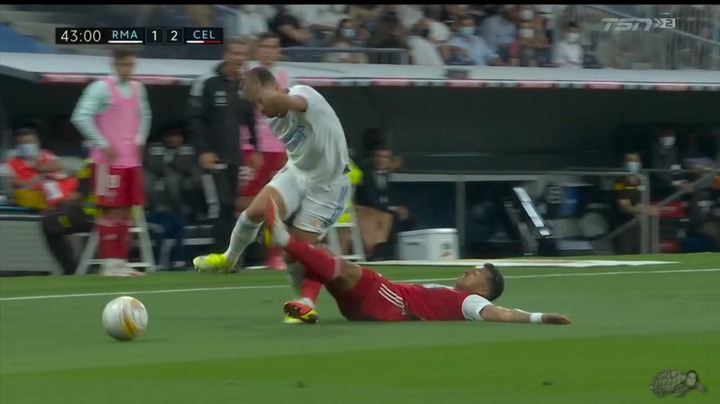 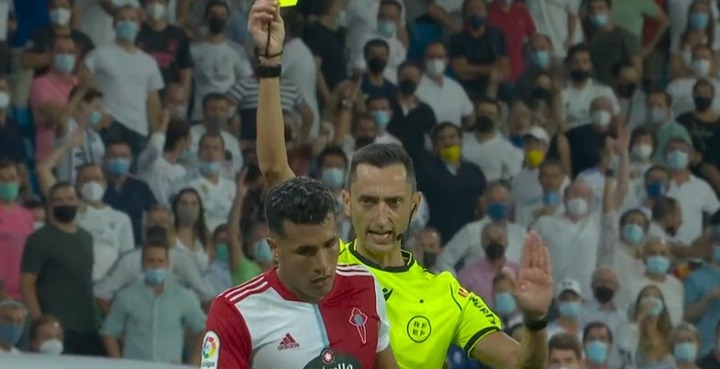 Real Madrid went on to win the match so they won't have too much to complain about. However, if the results had gone the other way, there would have definitely been a bit of backlash at the end of the match.

The Real Madrid camp had a lot to complain about as one of their biggest rivals this season Atletico Madrid stole a late win in their weekend match.

Atletico Madrid's match was a unique one as 10 minutes of extra time were added in the second half and they scored their winner in the 109th minute.

Despite all the complains, the added time was quite fair as there was a water break in the second half. The game was also interrupted for a while by the VAR. 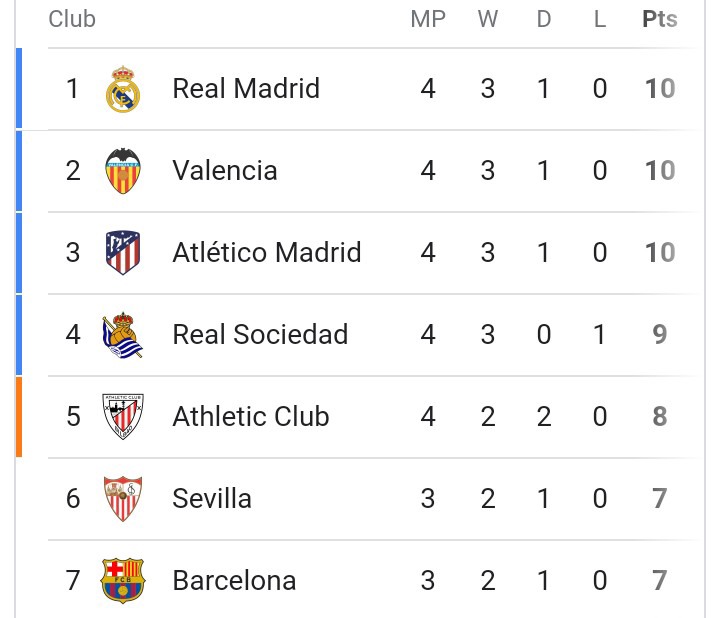 Real Madrid currently sit at the top of the la liga table with 10 points along with Valencia and Atletico Madrid.

Teams like Sevilla and Barcelona are yet to play their 4th league game of the season. Winning their left-over games will move them to joint top with the three aforementioned clubs.