By WiLearn (self media writer) | 2 years ago 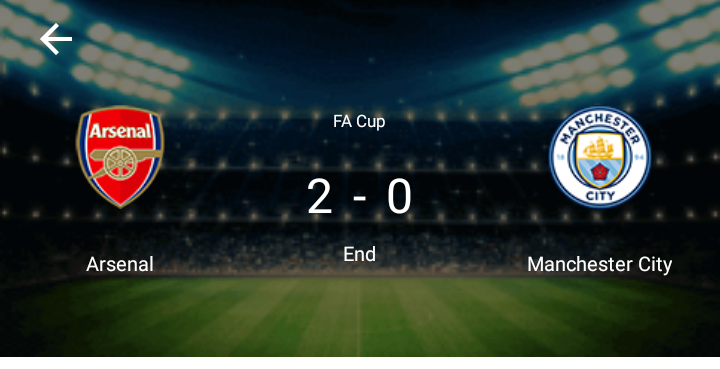 No one could have believed it but it is true. I was discussing sports today with an arsenal fan who said that the F.A semi final match with Manchester City was a walkover for City. I was surprised that even an Arsenal fan had no confidence in his club. You could say he is not a faithful fan but honestly no one could have believed that Arsenal would win City knowing how much Guardiola wanted a trophy for the season. Well, football is full of surprises. I am glad to announce to you that Arsenal has just beaten Manchester City 2 goals to nothing. Pierre-Emerick Aubameyang put City on the lead in the 19th minute of the match and made it a brace at the 71st minute with no reply from City. Pierre-Emerick Aubameyang’s double now sent Arsenal to the FA Cup final. The match has been described as a deserved victory for Arsenal. Congratulations to all arsenal fans. We look forward to Chelsea versus Manchester United match. What is your prediction? Do you think there will be another surprise? use the comment box. I predict 2:1 in favour of United.

Content created and supplied by: WiLearn (via Opera News )