By babaalhaji145 | self meida writer
Published 21 days ago - 1 views

Brandi Rhodes recently spoke about her initial reaction when she saw Cody on WWE television before they dated, and she was impressed by his physical appearance.

Brandi Rhodes is currently the Chief Brand Officer of AEW. Her husband, Cody Rhodes, is an in-ring performer and executive vice president of the same promotion. The couple married in 2013, and in December 2020, Brandi and Cody announced that they are expecting their first child. Due to her pregnancy, Brandi has taken some time away from in-ring action. 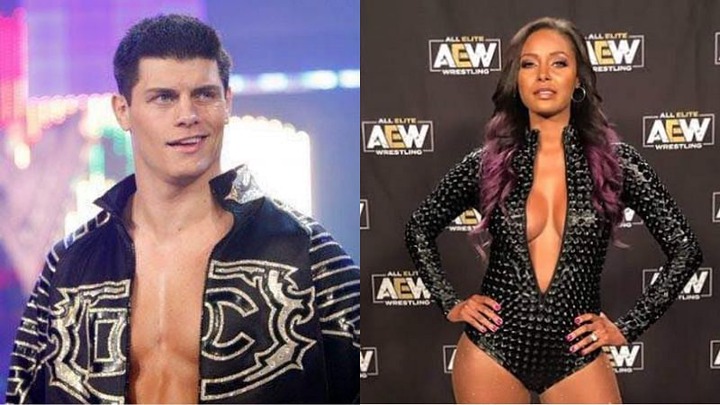 Brandi Rhodes was the latest guest on Renee Paquette's Oral Sessions podcast, and they discussed various topics. When it came to Brandi's road to WWE, she revealed that John Laurinaitis reached out to her agent at the time, and she subsequently looked into wrestling. Brandi recalled her reaction after she saw Cody Rhodes on an episode of WWE SmackDown.

"I remember I watched SmackDown that night, and there was a young Cody Rhodes on there with no kneepads, and [laughs] he was dashing. I remember seeing him on that and being like, 'Huh, that guy looks good'."

Brandi Rhodes said her husband was portraying the role of "Dashing" Cody Rhodes when she saw him on SmackDown. Shortly after this episode, Cody donned a clear protective mask over his face and became "Undashing" Cody Rhodes. Brandi also highlighted the fact that they started dating around the time of Cody's "Undashing" phase in WWE.

While both stars were part of WWE at one point in time, they both left the company in May 2016.

If the above quote is used from this article, please credit the Oral Sessions podcast with a H/T to Sportskeeda for the transcription.

NBA star Shaquille O'Neal will make his AEW in-ring debut on AEW Dynamite next month. The basketball legend will team up with Jade Cargill to face Cody Rhodes and Red Velvet on the March 3 episode of AEW Dynamite.

Many fans had been expecting Brandi to compete in this match. But after the announcement of her pregnancy, Red Velvet gained a prominent role in this storyline.

Red Velvet has been established as an ally of Cody and Brandi Rhodes, and she will be wrestling on a mainstream level thanks to Shaq's popularity as an NBA legend. Fans will have to wait and see what happens when Cody and "Shaq" share the ring together.

cee c forgiveness in the bible meaning of slay queen stanbic internet banking valentines day messages
Opera News is a free to use platform and the views and opinions expressed herein are solely those of the author and do not represent, reflect or express the views of Opera News. Any/all written content and images displayed are provided by the blogger/author, appear herein as submitted by the blogger/author and are unedited by Opera News. Opera News does not consent to nor does it condone the posting of any content that violates the rights (including the copyrights) of any third party, nor content that may malign, inter alia, any religion, ethnic group, organization, gender, company, or individual. Opera News furthermore does not condone the use of our platform for the purposes encouraging/endorsing hate speech, violation of human rights and/or utterances of a defamatory nature. If the content contained herein violates any of your rights, including those of copyright, and/or violates any the above mentioned factors, you are requested to immediately notify us using via the following email address operanews-external(at)opera.com and/or report the article using the available reporting functionality built into our Platform

Premier League Golden Boot Races From The Past Ten Seasons, Who Will Win It In 2020/21 EPL Season? 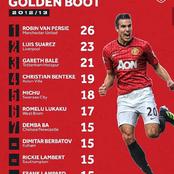 See Photos Of This Pretty Influencer on Instagram who Slays Beautifully 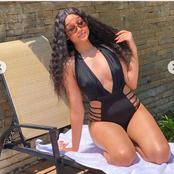 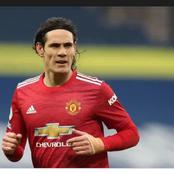 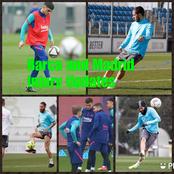 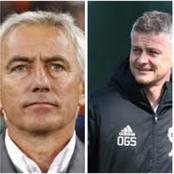 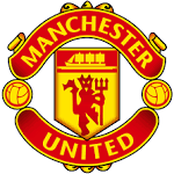 Samuel Chukwueze, Ansu Fati And Other U23 Players Who Are The Future Of Top La Liga Clubs 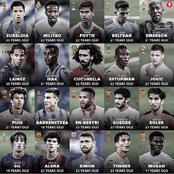 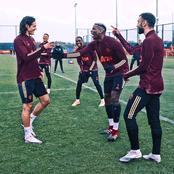 Chelsea Fans! Who Should Start Against Liverpool? Marcos Alonso Or Ben Chilwell? 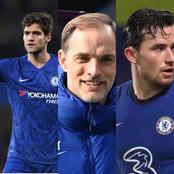 How Barcelona could defeat Sevilla again with this Lineup. 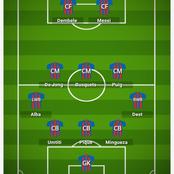